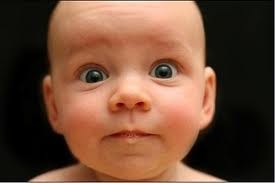 Many Organizations are distressed over the recent proposed law to ban Gay Adoptions. If passed the new ordinance would not only stop Gay couples from adopting children... but also prohibit the adoption of Homosexual children.

“We just feel that 'Gaybies' (Gay Babies) have an unfair advantage over straight children due in large part to them being way more fabulous.” says Hetero Alliance Spokesman David Dierdorf. “This law will even the playing field a bit and allow far more deserving straight children a chance at a better life.”

Others have reacted harshly to the law. Protests have started to form outside strictly Hetero businesses like JC Penney’s and Applebee’s... while others in favor of the law have firmly stationed themselves in front of more gay friendly establishments like the Banana Republic and Outback Steakhouse.

“We find that the Gays really love their Bloomin’ Onions and V-Neck sweaters!” says one protestor choosing to remain anonymous.

Of course with any controversial issue, celebrities from the A list to the D list are attaching themselves to the debate in an effort to stay relevant in the public eye... Actors Jamie Farr and Harry Hamlin are currently in a heated Twitter battle over who cares more about voting in general... while Angelina Jolie vows to adopt at least three gay children the next time she needs to promote a movie... Five if it’s a Laura Croft vehicle.

Outside the issue an intense debate is being formed in the scientific community as geneticists argue over the methodology used in determining a baby’s sexual orientation.

“It’s not an exact science,” says DeVry Professor of Inexact Science Laura Shires. “So far we have not been able to definitely uncover the ‘Queer Gene’. “

Methods are as simple as forcing a new-born to watch The Rachel Zoe Project while playing Lada GaGa remixes, notating each time the baby defecates itself... Another more complex test involves supplying the child with old issues of TV Guide and glitter... then analyzing the ratio of glitter to clippings of Jude Law.

“The danger with these kinds of tests is the chance that you can actually turn a straight baby gay. Overexposure to Bravo Television programming has a profound effect even on adults and should be carefully monitored.”

Though in the past few weeks Prop 86 has managed to gain the majority of media attention, recent polls are beginning to show that only a small minority actually support the law. 2% to be exact, while 98% of those polled view the whole issue as completely absurd.

However, growing fears of a victory for Prop 86 are beginning to loom due to the votes scheduled date of November 5th, also known as Guy Fawkes Day.

“It would be a tragedy that any law would come to be because of the combination of extremist bigots and the after effects of a long night of dancing and ‘Appletinnis’. “says International Homosexual Jade Esteban Estrada.

Once a celebration of British rebellion, Guy Fawkes Day has recently become Americas fastest rising unofficial ‘National Gay Holiday’ due greatly to its name being perfect for sassy double entendres and its association with the English in general.

“Hopefully the community will come together as it always has and defeat this ignorant hateful bill... If not by a landslide at the very least, expect a mudslide.”