Puerto Rican dancer Mayte Garcia was 22 years old when she married pop singer Prince in 1996. Their marriage was annulled three years later and the couple officially divorced in 2000. Now, Garcia is using her past relationship to star in the reality show Hollywood Exes. The show features Garcia alongside other ex-wives of famous husbands, including Sheree Fletcher (ex-wife of Will Smith), Nicole Murphy (ex-wife of Eddie Murphy), and Jessica Canseco (ex-wife of Jose Canseco).

New episodes of Hollywood Exes air on VH1 every Wednesday at 8 p.m.

Why did you want to be a part of this show?

I like the idea that was pitched to me. Yes, we were married to these high-profile men, but there is life after that. We have our own struggles and insecurities. I thought it would be a great platform to show that to other women. It wasn’t about the challenges of being divorced from a celebrity, but being divorced in general. It’s really hard. I really wish a show like this was on TV back when I was getting divorced. I’m hoping it’s inspirational and that people get to know me as a person. Unfortunately, I’ve been pigeonholed as Prince's ex-wife.

Do you feel like you’re still in Prince’s shadow 14 years after your divorce?

I still get people calling me asking for concert tickets to Prince. Recently, I went out to a club with some girls and a friend of mine who’s not really a friend tried to get us in by saying, “This is Prince’s ex-wife.” I was like, “Are you kidding me? You’re still using that? Don’t do that.”

Do you ever watch other reality shows featuring ex-wives?

Well, every time I would watch Basketball Wives I would sit there with my mouth open. It’s not my thing. It’s a different type of energy. It’s not something I’d like to be a part of. In “Hollywood Exes,” we have our opinions and our differences, but we’re mature enough to just agree to disagree. We’re mature enough to admit when we’re wrong.

I don’t really have one. I reached out to him a couple of years ago just to let him know I wish him the best. I don’t like having bad energy with anybody. L.A.’s a small world. We’re going to run into each other. We’re on good terms, but we’re not friends like I am with my ex-fiancé [Mötely Crüe drummer] Tommy [Lee]. 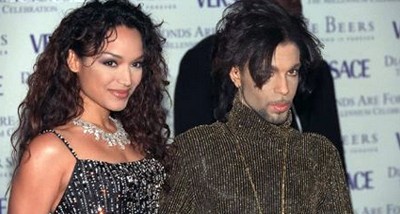 Mayte and Prince were married in 1996 and officially divorced in 2000.

What do you think he would say about you being on a show called Hollywood Exes?

I think all the men are nervous, but let me clarify that this show is not about them. We’re not doing a tell-all. This is about [the ex-wives] – the women these artists fell in love with. We all have voices and dreams and careers.

Are you worried that you’re going to have fans of the show that love you and some that hate you?

I’ve had that my entire life, especially when I got married to Prince. People hated me. People loved me. Now it’s on a more massive scale. I’m OK with that. I have my circle of friends I care about. I am very aware of what I’ve gotten into. As long as people are talking about me, I guess that’s good.