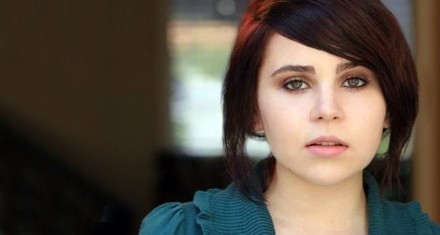 Actress Mae Whitman began her career in 1994's "When a Man Loves a Woman" when she was only six years old.

During an interview with me, actress Mae Whitman (Independence Day), best known for her role in the short-lived TV show Arrested Development, talked about what fans of the cult hit can expect when the show returns exclusively on Netflix this spring and what it has been like lending her voice to the Disney character Tinker Bell over the last four years. 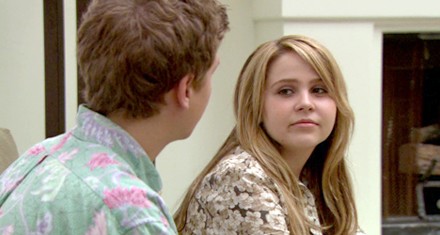 Whitman stars as Ann Veal in the cult TV comedy "Arrested Development." The show will return for a fourth season this spring exclusively on Netflix.

You’re shooting the new season of Arrested Development now. Was it natural for you to go back on that set again?

Yeah, absolutely. I love everything about that character and story. It didn’t take much to get back into it and have fun doing it. I’m so excited that the show is coming back. I am a total fan girl for the show. I really can’t wait.

The show has been off the air for six years. It must have felt a little surreal, no?

It definitely was. Alia [Shawkat], who plays Maeby on the show, is my best friend in real life. She’s like, “Wow, it’s so crazy we’re all back!” We’re all different, but we’re all the same. I think everyone is really excited that we get to come back and get to keep telling more of this fabulous story.

Was it ever hard for you to be the butt of all the jokes on the show?

You know, it wasn’t. I don’t really take things personally. It’s all about what tells the story. I feel so honored to be part of that story at all. I’ve always been more of a character actor, so I’ve always loved playing roles that are different and interesting as opposed to ones that are pretty. I love to play such an interesting character. Plus, I was wearing a fat suit, so that’s always very funny.

Another of your TV shows I was disappointed to see get cancelled was In Treatment. That was such a great show.

I loved it, too. I’m hard-pressed when I try to think of a TV show where people are not talking about their problems. To me it was incredibly smart and deep and wonderful and special. I became friends with Gabriel Byrne on that show. He is an incredible man and amazing actor. I value his friendship very much. I learned so much just being able to work with him. But I mean, nothing gold can stay. Thing pass and move along. But it’s all about what you take from them rather than lamenting on how long they stay around. For me, I learned a lot of monumental lessons from that, so the show is still with me.

Whitman was eight years old when she played the daughter of the President of the United States (Bill Pullman) in "Independence Day."

What about things you’ve been in that do stay around for a long time like Independence Day? I bet that movie is playing on cable right now somewhere. And next year it’s going back to the theater so we can see it in 3-D. I know you were a little girl when you filmed it, but could you have imagined the incredible staying power of a sci-fi film like that one?

Yeah, it’s crazy. Sometimes a film like that does stick around and it’s very funny and fun. I’m like, “Yes, I was the President’s daughter.” I love that kind of thing. Every project I have done has changed me in some way. Independence Day was a huge one for me. I’m so glad it was a big hit. I can’t wait to go see it again at the theater. I’m really excited it’s coming back out and that people still have an appreciation for it.

Since you started so young in this industry, is there something specific you can say you’ve learned about yourself over the years as an actress?

Yeah, I think I do my best work when I’m feeling really good. I’m feeling really good when I’m doing something I believe in. A long time ago I heard Ray Bradbury speak and he said, “Always do it for love and never for money.” I think he’s right. I think you have to do everything out of love. I try to make as many decisions from a place of love. I think that has taken me in the right direction. I feel like I’m in a really good place right now where every single project I have my hand in is something I love and believe in. I think it really makes a difference with who I am as an actor and how happy I am just living my life.

Whitman as Roxy Richter in "Scott Pilgrim Vs. the World."

Does the lifestyle of a 24-year-old actress ever get overwhelming for you? I can’t imagine being young and in Hollywood is very easy.

It’s a tough industry, I think, especially for girls. I think that’s why it’s important for me to do projects like these Tinker Bell movies and Parenthood and The Perks of Being a Wallflower. They all have positive messages that don’t encourage stuff that I don’t believe in. It’s hard because so much of [the Hollywood lifestyle] is about looks and body image, but I also think there is a huge portion of it that’s not. I’ve always tried to just put myself out there and not take any of the mean stuff personally. I just really try to retain my voice through everything. Hopefully, there are people out there who will hear that voice and communicate with it. I’m ultimately trying to communicate with people who might feel like me – someone who kind of doesn’t fit into the norm. Hopefully, I’m able to connect to at least one person like that and let them know everything is going to be OK.

Whitman (center) has been the voice of the animated Disney fairy Tinker Bell since 2008.

You’ve lent your voice to the Walt Disney fairy Tinker Bell in movies like Tinker Bell and the Great Fairy Rescue and Secret of the Wings, but in the original Peter Pan Tinker Bell doesn’t talk. What did you think about her getting a voice and you giving her that voice?

It was amazing. I actually didn’t know what the role was when I was auditioning for it. I think that was for the best because I didn’t try to change my voice to what I thought she would sound like. I was myself and luckily there was something in that they connected with. I definitely have more energy doing Tinker Bell than I usually do, but the voice is all me.

What does it take to play a sassy fairy character?

Not too much. I would say I am a sassy human character in real life. It’s mostly just tapping into my zest for life and trying new things. I think that’s a really big part of Tinker Bell. She has a youthful excitement about life and learning.

Were you into girly things like Tinker Bell when you were a kid?

I think I was more of a tomboy. I liked to play outside a lot. I think for the most part I was into collecting bugs and stuff like that.

What kinds of movies do you like to watch yourself?

I love watching all different types of genres. I think my favorite is the psychological thriller. I love detective stories and mysteries. Movies like The Game with Michael Douglas are such cool and interesting ways to tell a story. Those are the kinds of movies I like the most.

Was that your pitch to David Fincher to give you a call for his next one?

(Laughs) Yes, absolutely. David, I’m here. I always will be.