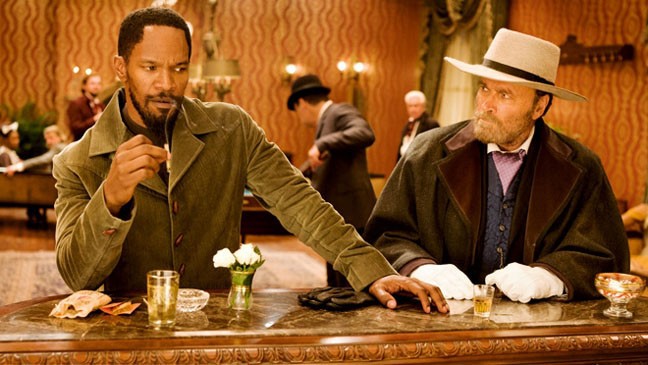 We just spoke with Cacy, a co-producer, who confirmed the involvement of some other notable names: cinematographer Robert Yeoman (his work for Moonrise Kingdom and Drugstore Cowboy has won awards); director/editor Joe D'Augustine (an editor on recent Quentin Tarantino projects including Inglorious Basterds and both Kill Bill volumes); and producers Carolyn Pfeiffer (with 23 producer credits to her name and a long-time involvement in the Austin, and now Marfa, film community) and David Hollander (musical director for Black Dynamite). Joining Cacy is associate producer Lee Duhig, a Marvel Comics illustrator and San Antonio resident, as well as Django Lives! writers Eric Zaldivar and Mike Malloy.

"We're all huge film geeks," confessed Cacy. So geeky that Cacy's involvement stems directly from a Spaghetti Western message board that he joined in 2007, where he met then-teenager Zaldivar. He kept in touch with Zaldivar who told him of his idea to revamp Django, setting it in 1915 and having the titular character working as a consultant for nascent Hollywood Westerns. Zaldivar's writing partner Malloy met Nero while working on the documentary Eurocrime! and got a three-page treatment into the actor's hands. He liked it. Later, Cacy, Duhig and Zaldivar flew out to Los Angeles to give Nero the completed script in February. In a move that is so badass it’s hard to even type it, they invited Nero over to a friend’s apartment and cooked him a steak dinner. By the end of the evening, Nero, last seen in a cameo in Quentin Tarantino’s Django Unchained, was attached.

Nero's excitement about the project is a good sign: since the original 1966 film Nero has only appeared in two other Django-based films, including Tarantino's. Stay tuned for more updates.

This blog has been modified from the original.