JFK Tells His Own Story Tonight on HBO 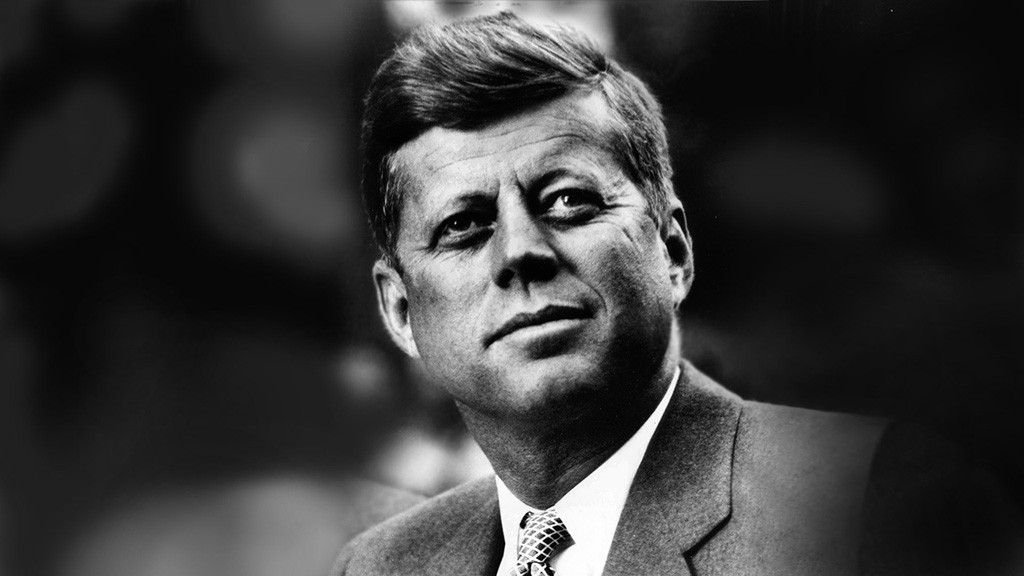 Today, the 50th anniversary of the assassination of President John F. Kennedy in Dallas, we have yet another must-see video in his honor: HBO will be presenting JFK: In His Own Words, a unique 1988 film consisting of rare stock footage and home movies, all narrated by Kennedy himself. The 53-minute film will air tonight on HBO at 9pm.

“I suppose, really, the only two dates people remember where they were was Pearl Harbor and the death of president Franklin Roosevelt,” are the first Kennedy words you hear in this gripping documentary, which follows JFK from birth through his unsuccessful 1956 run for the vice presidency ("Someone said you really don't know politics until you've been defeated; then all the mysteries become apparent," he said), his election to the Senate, his 1000 days in office and his tragic death, the latter treated delicately and without the usual graphic images shown in other docs.

It's an intimate portray of the man, not just the politician. When his radio address is interrupted by John Jr. playing under his desk at the Oval Office, you can hear the most powerful person in helpless mode, gently chastising his son. "John! Don't say anything, I gotta give this speech. C'mon, now, be a good boy."

During his senatorial re-election campaign, the movie star-looking president showed early signs of why he's now known as the first "TV president." During a live televised fundraising effort (with First Lady Jackie answering one of the phones), then-Senator Kennedy answers questions from his constituents.

“I think your wife will make a better senator than you. What do you think of that?” Kennedy smiled and looked at the camera. “I agree. In any case, I have the benefit of her advice, maybe I’ll improve.”

During the Joseph P. Kennedy Foundation Awards Show, JFK seems clueless as to what to do next, so an adviser tells him what the next formality is. When it is obvious that Kennedy is getting even more confused, he looks at the crowd and says, "This is how this administration is really run... Now, what do we do??" It was a disarmingly self-deprecating line that made the room explode in laughter.

Perhaps the best part of the film is its latter part, which emphasizes Kennedy's most subtle, sensitive nature.

A war hero, it was his love for the sea, not just simple patriotism, what made him decide to join the Navy. And it is his moving observations on the sea, and our relationship with it, the perfect ending of this film that's only airing tonight after being out of print for years.

"I don't know why all of us are so committed to the sea," Kenedy said. "I think it's because, in addition to the fact that the sea changes, and the light changes, and the ships change, it's because we all came from the sea. All of us have in our veins the exact same percentage of salt ... that exists in the ocean. Therefore, we have salt in our blood, in our sweat, in our tears... We are tied to the ocean. And when we go back to the sea, whether it is to sail or to watch it, we are going back from whence we came."