THE LOVING STORY Trailer from Icarus Films on Vimeo.

In 1958, a white man named Richard Loving and his half-black, half-Native American fiancée Mildred Jeter traveled to Washington D.C. to get married. Weeks later in the dark of night, the newlyweds were arrested at home in Virginia for violating an anti-miscegenation statute. To avoid a one-year prison sentence, the couple agreed to be banished from Virginia for 25 years. For the next nine years, the Lovings fought the ruling, which resulted in a landmark Supreme Court decision in 1967. Through a combination of archival 16mm footage, documentary photographs shot by Grey Villet for LIFE magazine, and recent interviews, Nancy Buirski’s 2011 documentary The Loving Story celebrates these often-overlooked civil rights heroes. SAMA screens the film as part of its DreamWeek programming. Free, 6:30pm Tue, San Antonio Museum of Art, 200 W Jones, (210) 978-8100, samuseum.org. —BR Pilobolus, a modern dance company founded in 1971 and based in Connecticut, uses the human body as a medium for creative expression. The company’s distinctive style explores interplay with shapeshifting and shadowplay. Pilobolus stays true to its namesake (a phototropic fungus that thrives in farmyards) by continuing to grow toward the light, “expanding and refining its unique methods of collective creative production.” The company has performed more than 100 choreographed works in more than 64 countries, at the 79th Annual Academy Awards and on Oprah and Late Night with Conan O’Brien. Pilobolus has also received a primetime Emmy and the Samuel H. Scripps American Dance Festival Award for lifetime achievement in choreography. $29-$110, 7:30pm Tue, The Majestic Theatre, 224 E Houston, (210) 226-3333, majesticempire.com. —Ainsley Caffrey 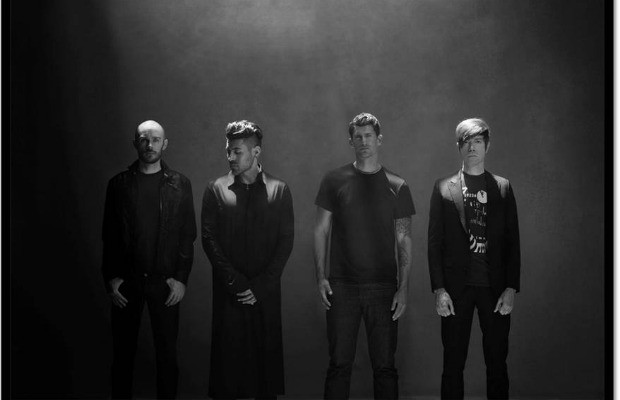 “This record is of silence, and the burials that result from that silence,” AFI singer Davey Havok said in a statement, referring to the aptly titled Burials, the LA band’s ninth album, “and in this it is shamefully honest and resolutely unforgiving.” Welcome to the party! AFI has reinvented itself with each album, jumping from alt-rock to horror-punk quicker than you can say “death” (don’t call them “Gothic,” or Havok will cut you). The one constant is the dense, dark seriousness that permeates every track. But even by AFI’s own standards, Burials is all about doom, and Havok admits he was going through a difficult period during the making of it (shocker!). Despite all this, the band’s concerts are so powerful that AFI remains one of the world’s most popular international festival acts. $28.50-$35, doors at 7pm Wed, White Rabbit, 2410 N St. Mary’s, (210) 737-2221, twinproductions.frontgatetickets.com. —Enrique Lopetegui Moravská Jedenáctka (the Moravian Eleven) is an 11-member all-star ensemble from the eastern part of the Czech Republic that specializes in dechovka music. The ensemble features traditional brass music (accordion, tuba, clarinets, saxophones, flugelhorns, drums and vocals) dating back to the 19th and early 20th centuries. As part of a mini-tour of the Czech strongholds in Texas, they’re making a special stop in SA to go “mano a mano” with local accordion-based Tex-Mex band Conjunto Puro Corazón. The Moravian Eleven’s tour is underwritten by the Czech Educational Foundation of Texas and the University of North Texas College of Music, which is making a documentary of the tour. So come and be part of a rare coupling of two intimately related musical and historical traditions. Free (donations accepted for the 2014 International Accordion Festival), 7-9:30pm Wed, La Tuna Grill, 100 Probandt. —EL