'Sherlock' Returns To PBS This Sunday 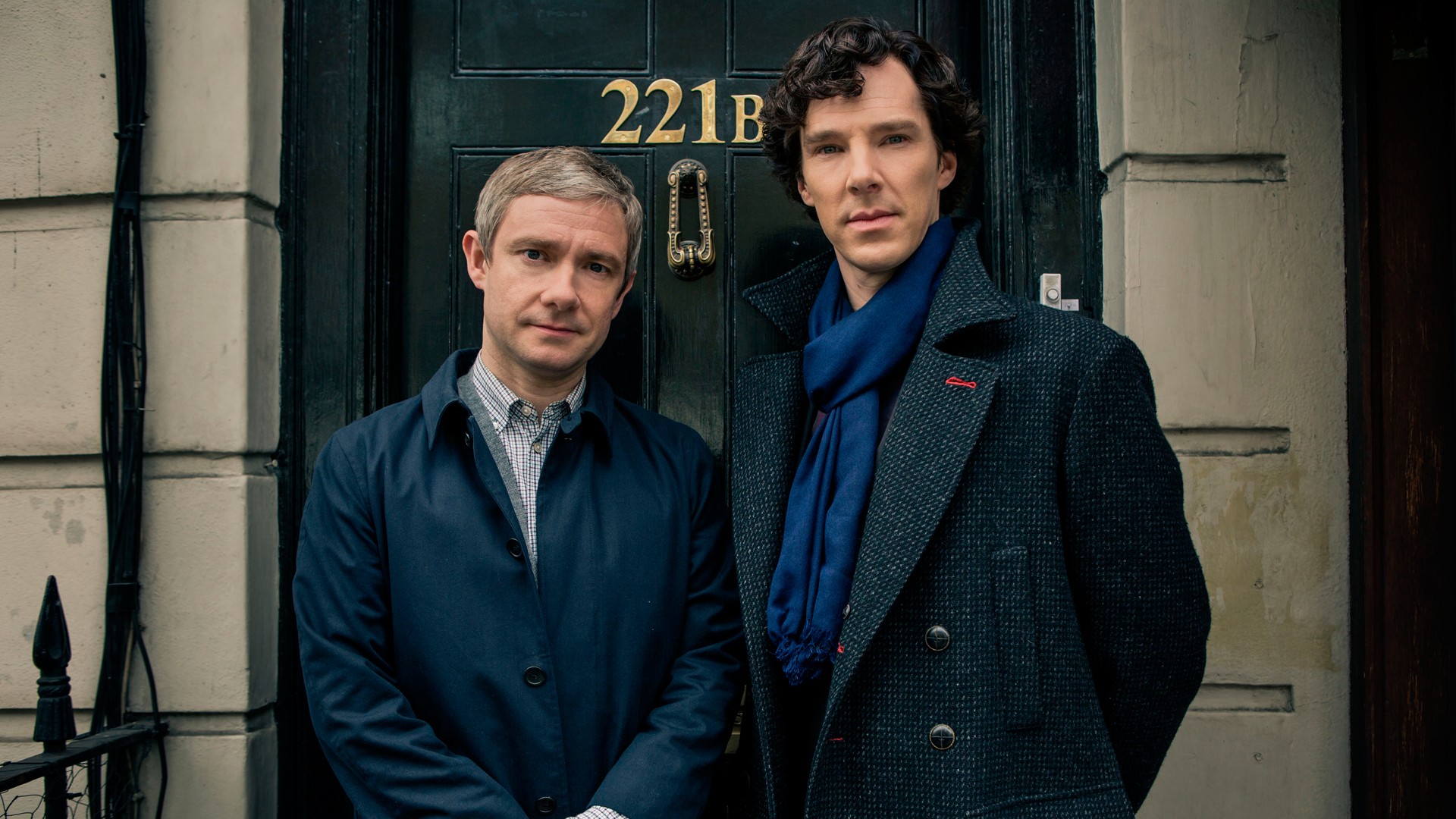 For two years, fans of Sherlock had to rely on their powers of deduction to determine what happened to the eponymous detective after his presumably fateful fall at the end of the second season. Soon, that mystery will be solved. This Sunday marks the return of everyone’s favorite hyper-observant sociopath as PBS’ Masterpiece airs Sherlock’s third season premiere after a painfully long hiatus.

The series, created by Dr. Who showrunner Steven Moffatt and Mark Gatniss, is a stylish (often too stylish), postmodern take on Sir Arthur Conan Doyle’s classic detective, re-imagining the author’s timeless mysteries and setting them against the backdrop of contemporary London.

In the first episode, “The Empty Hearse,” Sherlock Holmes (Benedict Cumberbatch) returns to the public spotlight and the presumed grave after a two-year absence to stave off an imminent terrorist threat. But first he must reconnect with his sidekick Dr. Watson (Martin Freeman) who has moved on with his life after he grieved for what he was led to believe was his friend’s death.

Mystery is overshadowed as the series turns its focus to examining the bond between Holmes and Watson, who must find a way to reconnect after the detective’s deceit. While that might send some viewers into a homoerotic fanfic frenzy, it may disappoint others who tune in for the traditional cloak-and-dagger intrigue.

And for a series with a characteristic frenetic energy, the first episode lacks a certain momentum as it spends a considerable amount of time wrapping up the previous season’s storylines. That lack of momentum might not be noticed on most television shows, but it’s glaring on Sherlock, a program with only three episodes per season. Still the series is entertaining as always, even if it takes some time to kick into gear.

Sherlock premieres Sunday at 9 p.m. (or more specifically 8:58 p.m.) on KLRN after the latest episode of that other wildly popular BBC import Downton Abbey.