Big Night for Mexico and Texas at the Oscars

March 02, 2014 at 11:46 PM
comment
As Matthew McConaughey would say (at every opportunity), "alright, alright, alright." The Oscars are done. And while I and our film critic David Riedel rejoice in big wins for 12 Years a Slave (please be a star forever, Lupita N'yong'o!), for us in San Antonio, it's easy to get excited about a pretty big night for Texas and Mexico.

Let's start with Alfonso Cuarón's Gravity. Cuarón's win for Best Director makes him the first Latino to win in that category, and one of only six Latinos to ever win in the "big" categories of Best Actor, Best Actress, Best Supporting Actress, Best Supporting Actor and Best Director, as well as the first to win since 2000. Gravity also swept technical awards for cinematography, visual effects, film editing, original score, sound mix and sound effects. Let's hope this is the beginning of a new normal for Latinos in film.

Also in the 'about time' category, not even Riedel could argue that everyone's favorite Longhorn McConaughey hasn't put forth some truly mesmerizing performances over the past two to three years. As the hard to love Ron Woodruff in Dallas Buyers Club, McConaughey literally dropped his good looks and turned charm into smarm for a convincing portrayal of a flawed hero. 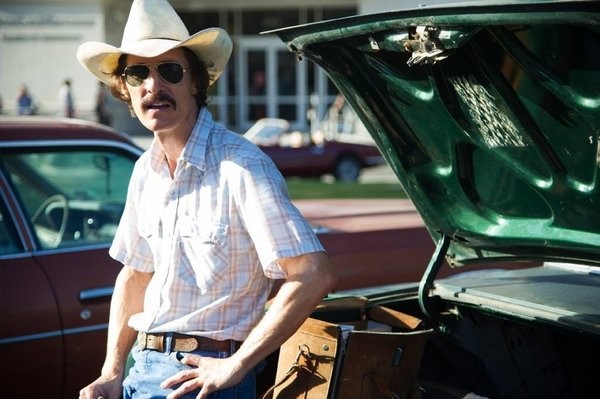 And as for Riedel, he got four out of 9 predictions correct (since he predicted who would win and who should win, with one category overlapping). Better luck next year.