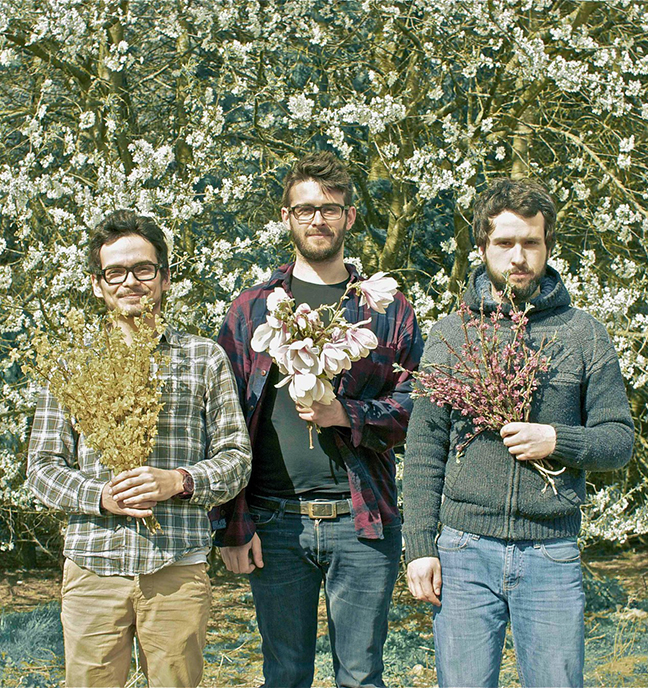 I could be wrong, but I’m pretty sure progged-out Parisian rock band Jean Jean wins the award for the act that has traveled farthest to grace the stage at 502 Bar. Thursday, the instrumental three-piece (Sebastien Torregrossa, Jean Mass and Edouard Lebrun) brings its own gritty yet pastel-hued brand of post-rock to town in support of its swell 2013 debut LP Symmetry. These guys are adept at making endless explorations and deconstructions of rock motifs while avoiding needless repetition or immobility. The band’s sound stays fresh and dynamic, in part because they approach the recording process in a live-centric manner—which means that their kinetic sound should translate well to the stage. Jean Jean will be joined on this bill by Austin experimental rock outfit Equals (which will be celebrating the release of its debut LP Tracts) and local post-rock pummelers Bright Like the Sun. $5, 9pm Thursday, 502 Bar, 502 Embassy Oaks, (210) 257-8125, 502bar.com. ?—James Courtney

Sarah T. Roberts: "I Am What You Want Me to Be" 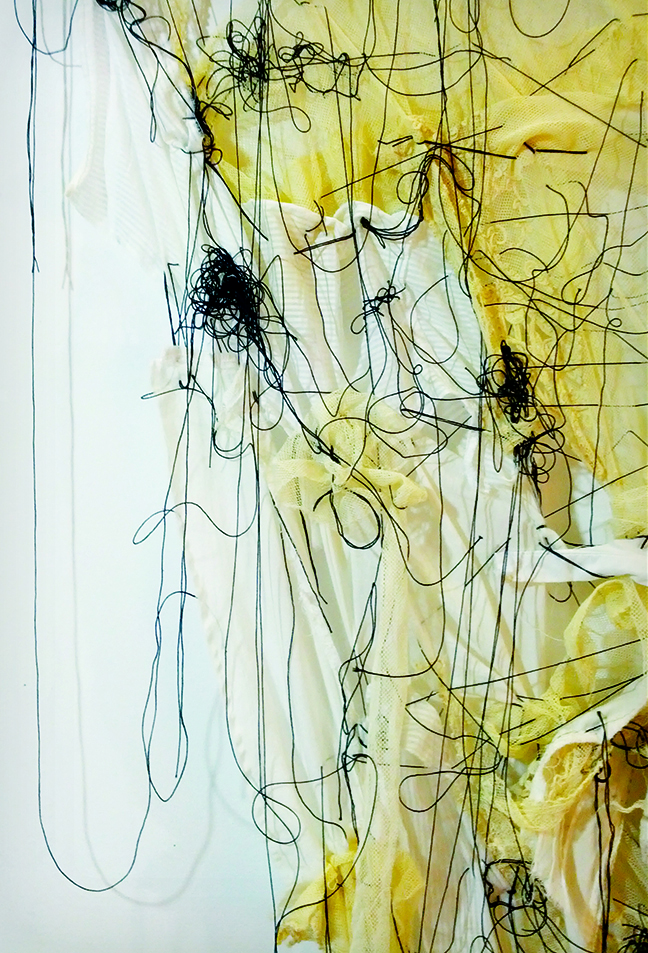 Colorado native Sarah T. Roberts earned her MFA from Texas Tech and is currently an instructor at the Southwest School of Art and a resident artist/co-director of Clamp Light in Beacon Hill. Employing a variety of mediums (metalsmithing, sewing, photography, sculpture and installation), Roberts creates works that deal with deep themes—her mother’s death, psychosexual concepts echoing Louise J. Kaplan’s fetishism theories and “what lies within and between the boundaries of protection and threat, isolation and intimacy.” Bound by a focus on the human form and the trappings of clothing, Roberts’ previous projects—including Her Body Is My Body (a figurative, powder-coated aluminum sculpture inspired by lace patterns) and Isolation Mask (a wearable object she made by covering a spandex fetish hood with hundreds of orange foam earplugs)—fuse inventive techniques and personal narratives. Drawing a parallel with her fabric-based 2012 exhibition “Fray,” Roberts’ latest offering takes shape in a site-specific installation of women’s clothing—skirts, blouses, pants and dresses torn apart and sewn back together—designed to create “a womb-like space for the viewer.” Free, 7-10pm Friday, Clamp Light Artist Studios and Gallery, 706 Fredericksburg, (210) 854-3507, clamplightstudios.blogspot.com. —Bryan Rindfuss 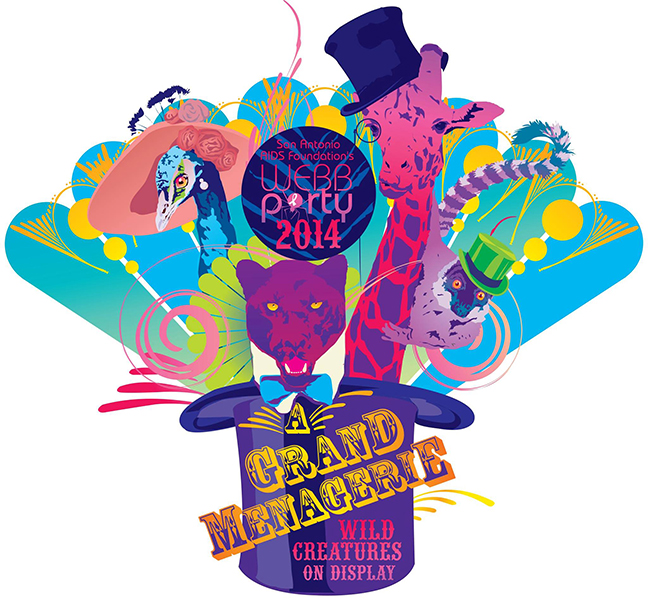 Launched in 1990 as a backyard barbecue benefit named after an old Ethiopian proverb (“When spider webs unite, they can tie up a lion”), WEBB Party is now the largest annual fundraiser for the San Antonio AIDS Foundation, which has provided care for people with HIV/AIDS and helped prevent the spread of HIV (via education, counseling and testing) since 1986. Having previously channeled the over-the-top glamour of Marie Antoinette and the vivid palette of pop art, the premiere “alternative Fiesta event” expects to attract 1,200 exotic creatures with its 2014 theme—A Grand Menagerie. Yes, it’s a pricey ticket. But keep in mind that 100 percent of proceeds benefit SAAF’s mission and it’s pretty much your only chance to party like an animal in a 19th-century mansion with an open bar, chef-driven tastings, a fierce fashion show by Agosto Cuellar (featuring male and female models, special effects makeup by Manuel Salazar and hair by Angie Riojas), a silent auction, dancing, drag entertainment and live music from Austin-based indie rockers Mobley and local retro-soul outfit Sugar Skulls. $75-$90, 7:30pm-midnight, Lambermont Estate & Events, 950 E Grayson, sanantonioaids.org. —BR 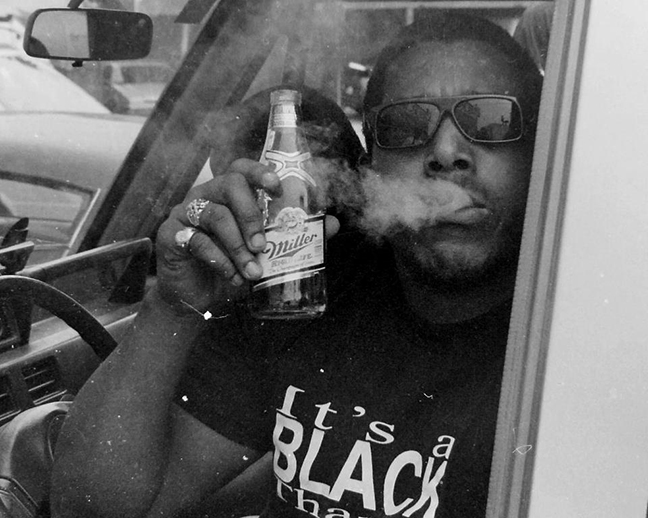 The best party songs, the ones that get everybody dancing, are kinda dorky. The secret to “Bust a Move,” is the real possibility Young MC is the one who’s named Poindexter. Young, whose real name is Marvin, is scheduled to warm up the hip-hop stage at this year’s Fiesta Oyster Bake (5-11 p.m. Fri, 11 a.m.-11 p.m. Sat) before raspy headliner Tone L?c breaks out the “Funky Cold Medina.” “Medina,” with its creepy roofie subtext and “Oscar Mayer wiener” verse, has aged like cottage cheese, but hearing L?c claim he’s getting hella laid despite his insistence on calling sex the “Wild Thing” never gets old. And when your blood’s half Bud Light and your belly’s full of nature’s slimiest aphrodisiac, who would you rather hang out with: the self-proclaimed “number-one rock star on the planet” telling you he’s also a god, or the dude who recorded a song for Ace Ventura: Pet Detective? $23-$35, 9:45pm, St. Mary’s University, One Camino Santa Maria, (210) 436-3011, oysterbake.com. —Jeremy Martin 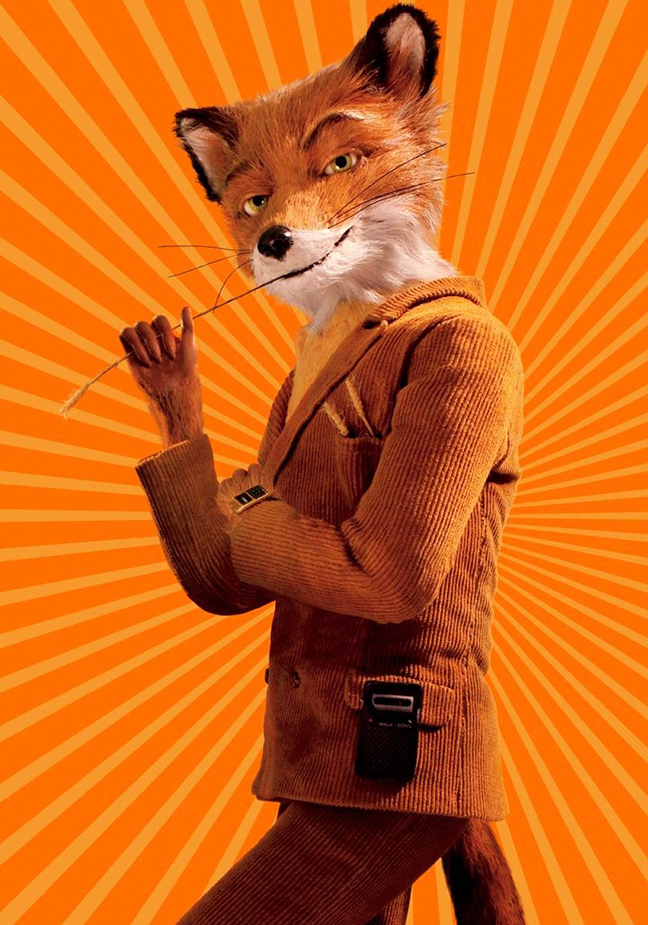 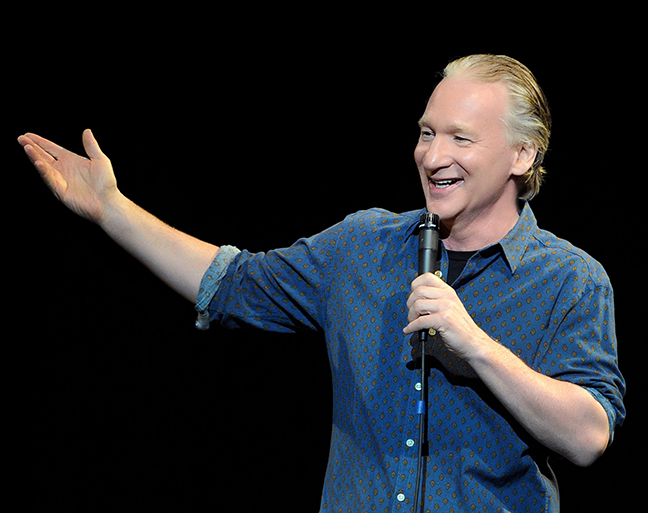 The always-controversial comedian Bill Maher doesn’t follow a hands-off policy; it’s all fair game for the no-holds-barred political satirist. Maher takes on media, politics, class and war with biting critiques of power—and not without contention. His remarks have landed him in hot water and even led to the cancellation of his hit show Politically Incorrect. But calling out hypocrisy is in Maher’s blood. HBO’s Real Time With Bill Maher, his most recent forum for knocking topical absurdities, wrangles in a roundtable of pundits, journos and activists to talk current events. After years on TV, Maher jumped to the big screen in 2008 as the star and writer behind Religulous, a documentary critically evaluating world religions. Starting his stand-up career in 1979, Maher gets back to his roots with his latest national tour. So, if you’re looking to vicariously vent your frustration with the establishment this weekend, check out Maher’s Saturday show. $45-$55, 8pm, Laurie Auditorium, One Trinity, (210) 999-8117, artssa.org. —Mary Tuma 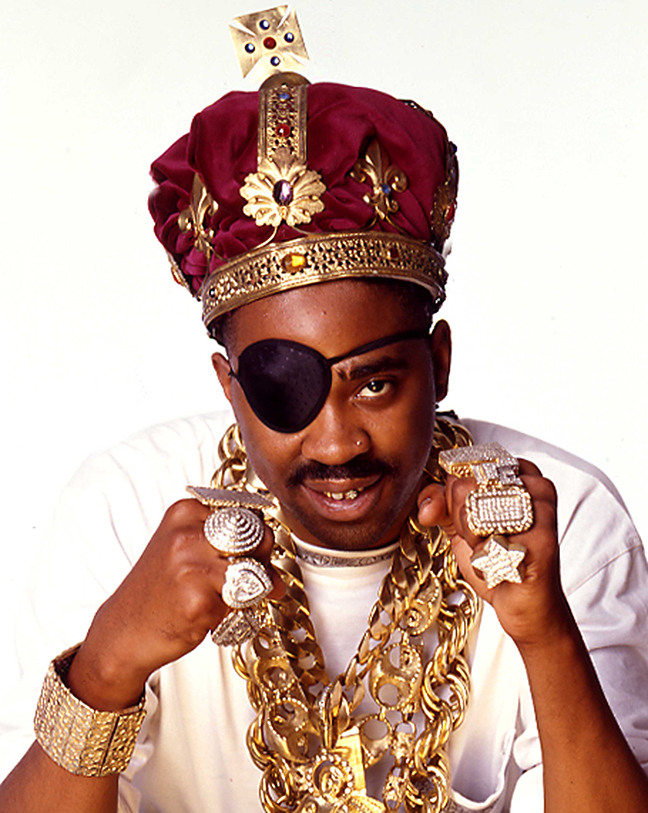 As rap legends go, Slick Rick is as unlikely as they come. For your consideration: The London-born, Bronx-bred emcee sports a British accent; his best known song is the adorably titled “Children’s Story;” and, blind in one eye, he made the blinged-out patch a thing in hip-hop fashion. ... Richard Walters, known since 1983 as Slick Rick, had the aspiring rapper’s fortune of growing up in the late-’70s Bronx, the epicenter of hip-hop. Though respected as an emcee within New York’s burgeoning battle scene, it wasn’t until Rick, known then as Ricky D, met up with beat-boxer Doug E. Fresh that the rapper began to hit nationally. The pair cut two singles—the cheeky “The Show” and the fully a cappella “La Di Da Di”—both of which stand alongside “Rapper’s Delight” and “The Message” in the cannon of quintessential early hip-hop. “La Di Da Di” in particular brought to the forefront all the gifts that Rick would come to be known for: his constantly shifting flow, his sly use of melody, and his clear, carefully pronounced delivery. Classic though the Doug E. Fresh singles were, Rick will first and foremost be known for his masterpiece debut The Great Adventures of Slick Rick. Though Adventures didn’t invent the hip-hop narrative, Rick established it, in Outkast’s words, as Da Art of Storytellin’ with songs like “Children’s Story,” a cautionary tale with a cast of characters rendered by Rick himself. $15-$20, 8pm Saturday, The Korova, 107 E Martin, ticketfly.com.

A Day in Old Mexico 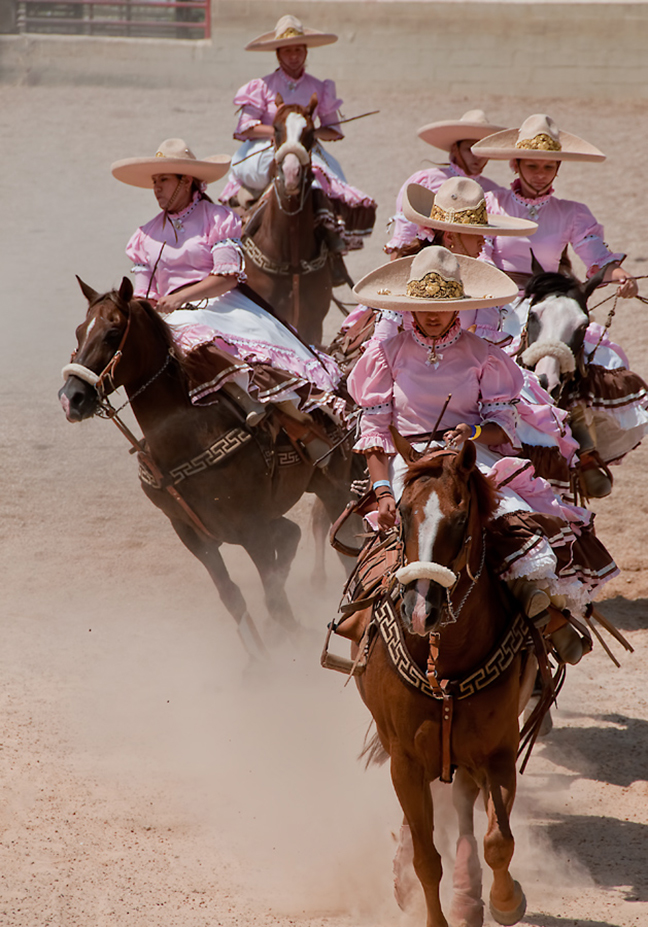 Devised during the hacienda system as a method to prepare horses and riders for war and formally institutionalized in the post-revolutionary period, charrería is the national sport of Mexico. For the last six decades, the Asociación de Charros de San Antonio has championed charrería (often described as Mexican rodeo), competing throughout the year and attracting a diverse crowd each April with its beloved Fiesta charreada A Day in Old Mexico. Of the 10 official suertes (competitive roping and riding events performed in period costumes), the all-female escaramuza easily stands out as a fan favorite. Created during the 1950s and officially added to the charreada mix in 1992, the choreographed skirmish showcases a team of young ladies demonstrating precision skills (some inspired by the soldaderas who fought alongside men in the Mexican Revolution) while riding sidesaddle in colorful dresses named after Pancho Villa’s legendary companion Adelita. $3-$15, 1-6pm, Charro Ranch, 6126 Padre, sacharros.org. —BR

Huey Lewis and the News 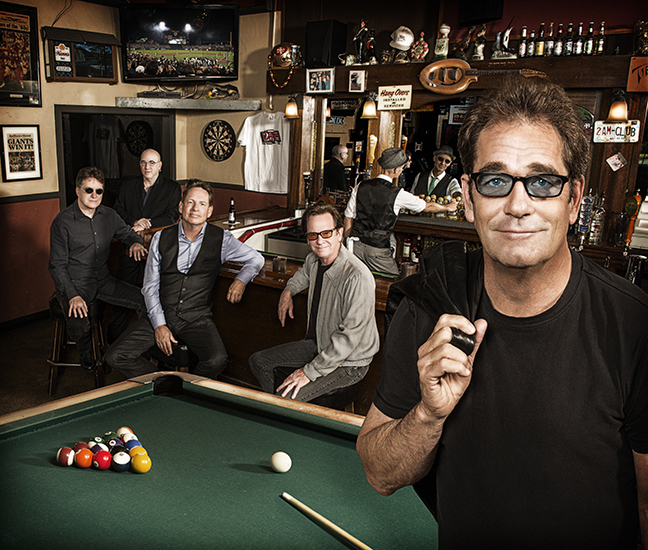 The whole “playing a happy song behind a scene of extreme violence” schtick isn’t an entirely original cinematic trick (see: Reservoir Dogs, Goodfellas, A Clockwork Orange). But for my money, it’s never been pulled off better than when Christian Bale hacked up Jared Leto to the bouncy beat of “Hip to Be Square.” Bale had plenty to do with its effectiveness, but mostly the American Psycho scene works because of that soundtrack and, specifically, what Huey Lewis and the News represent: a sort of sanitized, vapid, feel-good pub-rock that personified ’80s yuppie culture. The band ruled the decade with an impressive number of hits—“Power of Love,” “Heart and Soul,” “I Wanna New Drug”—all of which showcase Lewis’ gifts as a singer and the band’s knack for melody. Back together in celebration of their 35th year, the band’s Sunday night set ought to speak to the yuppie in all of us. Local duo Demitasse opens. $45-$75, 7:30pm, The Majestic Theatre, 224 E Houston, (210) 226-3333, majesticempire.com. —J.D. Swerzenski 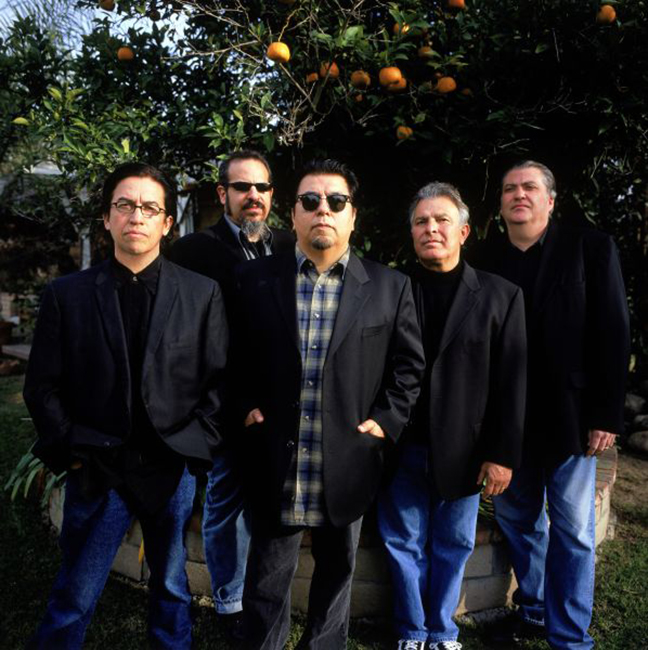 How Will the Wolf Survive? asks the title of Los Lobos’ major-label breakthrough, released 30 freaking years ago. Answer: by dominating the food chain for more than a generation. The band, formed in the 1970s (guitarist David Hidalgo and drummer Louie Perez were reportedly the only kids at their East Los Angeles high school listening to Fairport Convention and Randy Newman), surprised fans and critics by adding trippy electronic textures to their Cali-Mex roots rock on 1992’s Kiko, then hung around long enough to surprise them (and maybe their children) with the same trick again 14 years later on The Town and the City. Live acoustic LPs are a good indicator that a band’s grown long in tooth, and so are kids’ records. Los Lobos has released two of each. Pretty impressive considering the average lifespan for a North American gray wolf is five to six years. With Grammy-winning blues guitarist/singer-songwriter Robert Cray. $18.50-$47, 8:15pm, Aztec Theatre, 104 N St. Mary’s, (210) 812-4355, theaztectheatre.com. —JM