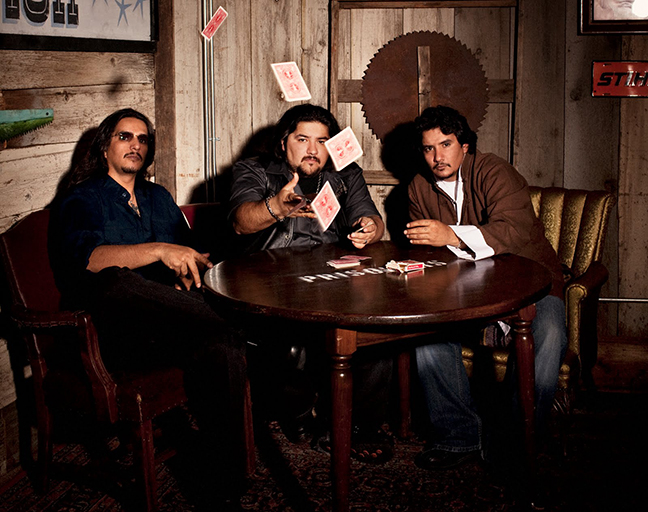 Lifting its name from the Danny Trejo flick of my dreams, Tejano Explosion is here to rock its way through Fiesta. Though it’s already been blasting through a lineup of Tejano, cumbia and norteño artists for almost a week, the detonación continues through 2014’s marathon Fiesta celebration. This week’s highlights include saxophonist Joe Vic Reyna y los Kumbacheros (Thursday, 5:30 p.m.), the old school, big band sound of SA’s Liberty Band (Friday, 7:30 p.m.) and AB Quintanilla y los Kumbia King All Starz (Saturday, 9 p.m.). Also on Friday, the undisputed dynamite of the Explosion, Los Lonely Boys, takes the stage at 10:30 p.m. From San Angelo, TX, the Boys play a self-described style of “Texican Rock ‘n’ Roll,” blending Tejano with adult contemporary rock. With their ’04 dad jam “Heaven,” Los Lonely Boys earned themselves a Grammy for Best Pop Performance and a spot on AAA radio for all time. Note: There will be no Explosion Sunday, April 20. $12-$18, click here for the full schedule, Cattleman Square Tavern, 904 W Houston, (210) 227-5585, tejanoexplostionsa.com. Through April 26. —Matt Stieb 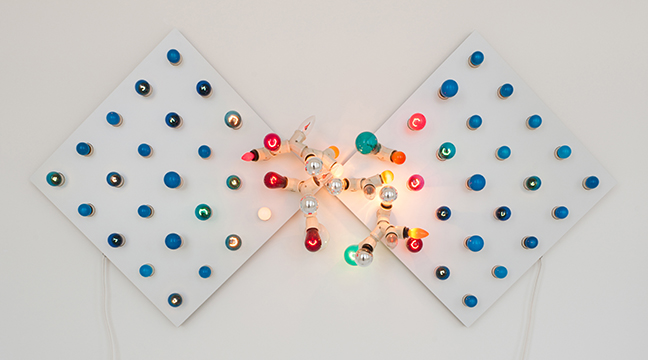 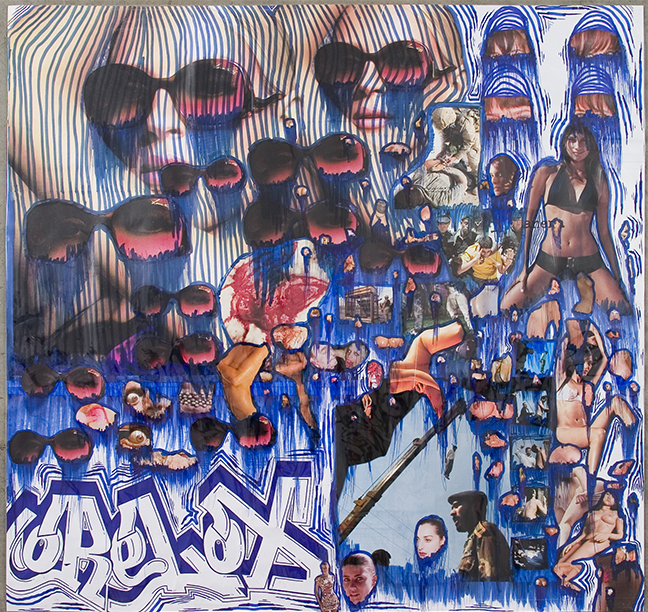 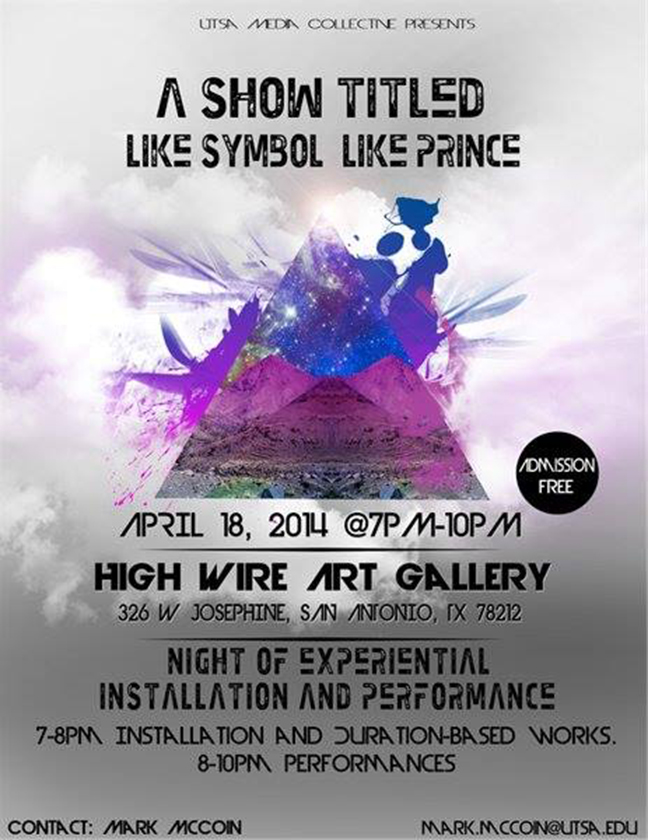 Headed by professor Mark McCoin, the UTSA New Media Collective comprises undergrad and grad students exploring the “integration of live digital sound, video performance, movement, sculpture and any combination of space-time creativity.” In February, the collective made a splash with “Slap and Tickle,” a one-night-only pop-up featuring multimedia installations, “duration-based” works and experimental performances (including one by an “interpretive contortionist”). Sure to live up to its unusual name, the gang’s April offering draws inspiration from personal stories, experimental rituals and “binary juxtapositions.” Billed as an “evening-length art experience,” the limited engagement promises installation-based projects, a costumed “painting battle” between three artists and a “host of innovative content” including the sound- and movement-based performance piece Beauties and the Beasts. Free, 7-10pm Friday, High Wire Arts, 326 W Josephine, (210) 827-7652, art.utsa.edu. —BR 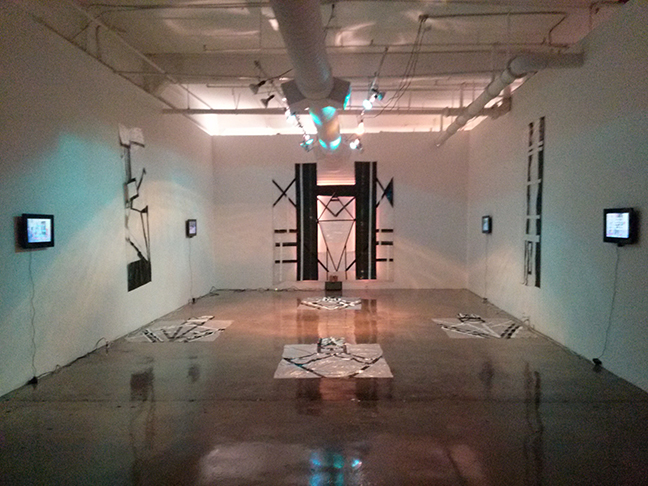 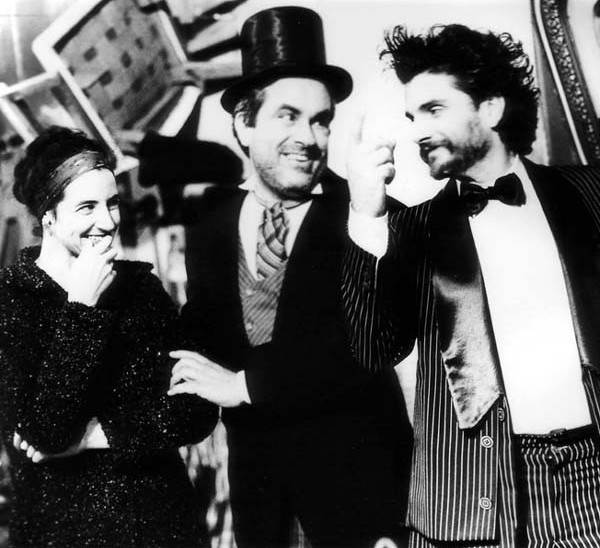 Brazilian director Renato Falcão’s modern silent film Margarette’s Feast tells the incredible story of an Everyman (Hique Gomez) who loses his job and comes into possession of a miraculous suitcase that never runs out of money. Shot entirely in black and white, the 2002 film employs Brazilian music, intentionally under-lit photography, exuberant acting styles and a cast of characters spanning the social spectrum. Falcão's debut feature, Margarette’s Feast has been described as an "homage to a glorious cinematic past and an audacious present exploration of narrative and technique. ... It's as though Chaplin's Little Tramp found himself in Fassbinder's Alexanderplatz." SAMA screens the cinematic oddity in conjunction with its Global Lens film series. $5-$10, 7-8:30pm Friday, San Antonio Museum of Art, 200 W Jones,  (210) 978-8100, samuseum.org. 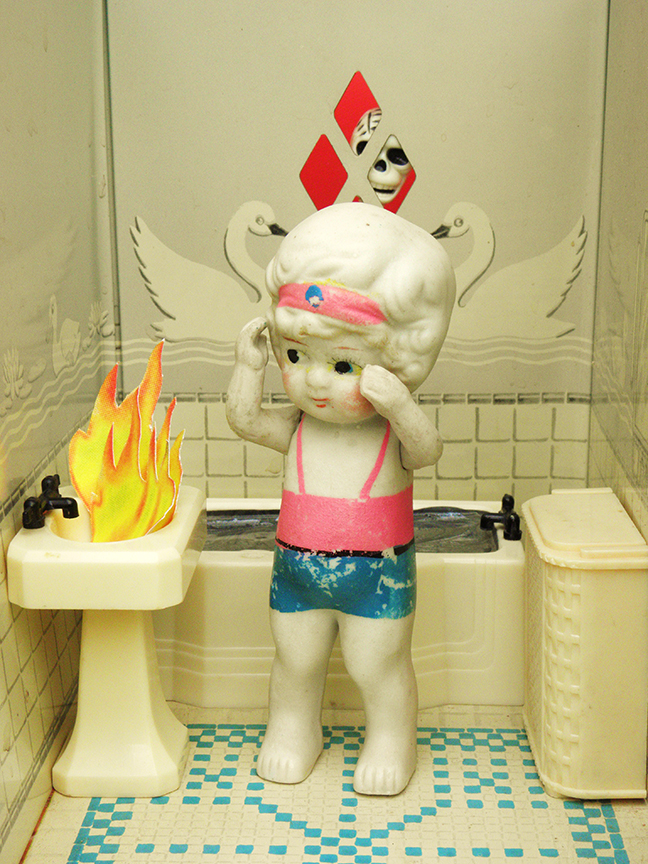 Brandi Merolla, What the Frack!

Offering with its title a mashup of the English word “fracas” (a noisy quarrel) and the Spanish word “fracaso” (failure or downfall), the Esperanza’s new mixed-media exhibition “Frackaso: Portraits of Extraction in Eagle Ford and Beyond” aims to open a public forum on the South Texas shale rush. Encompassing photography, installation, painting and literary works by 28 artists from the US, Mexico and Canada, the group show visually expresses some of the darker aspects of a region that’s been called a “400-mile-long, 50-mile-wide bacchanal of oil and gas extraction.” Recently the subject of an eight-month investigation by The Weather Channel, the Eagle Ford boom may be a “game-changer,” but it’s also polluting the air with a “toxic soup of chemicals.” Inevitably it seems, several of the works featured in “Frackaso” address the industry and its agenda from a satirical angle, including Gregory “Gringoyo” Berger’s short film, Frack U, Mexico. Free, 7-9pm Friday, Esperanza Peace and Justice Center, 922 San Pedro, (210) 228-0201, esperanzacenter.org. On view through August 31. —BR 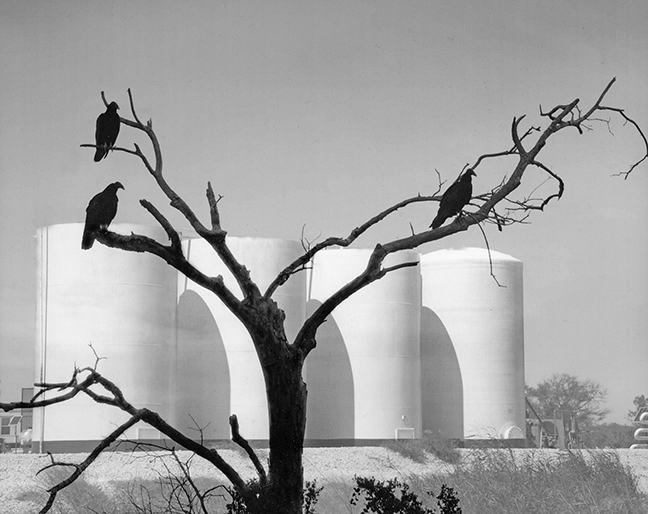 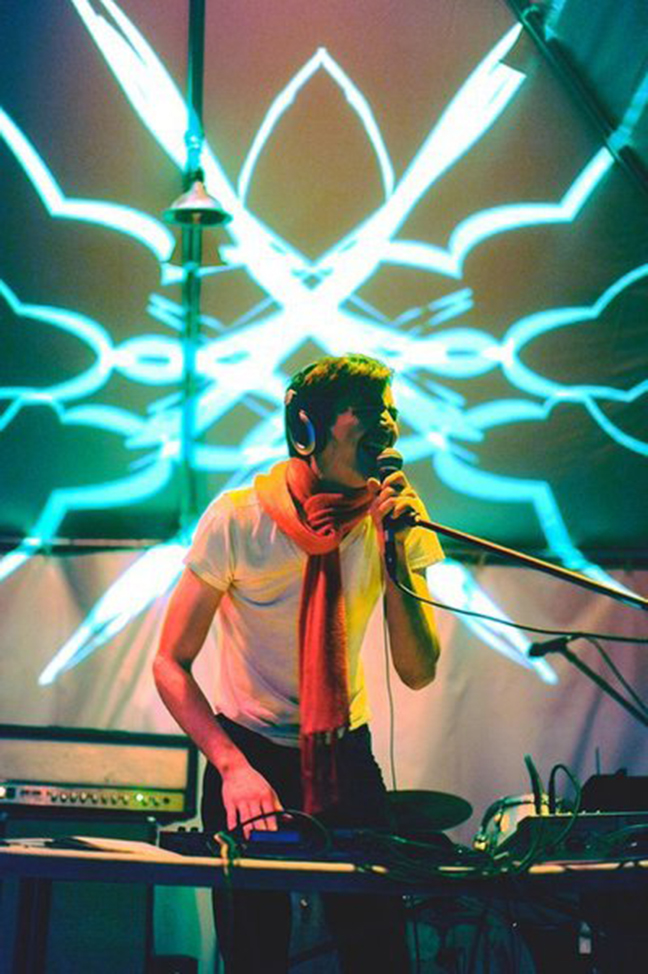 Avant-garde Austin musician Roger Sellers’ website begs you to “Imagine folk-dance-Americana-electric-symphonic fusion, where Philip Glass, Sufjan Stevens and Joanna Newsom all groove to late night ambient house music in George Martin’s living room.” This is the best description I have found of the man’s unique sound(s). Sellers creates captivating and diverse sonic landscapes that translate to a riveting, unpredictable and transfixing live show. The dude plays guitar, banjo, mandolin, bass, bells, organ, piano and drums. Sometimes he plays with a full band and sometimes he plays with a streamlined digital solo setup. And, though he may not fit all of those things into his SA performance, the sheer possibilities indicate that Sellers’ set is sure to be an engrossing experience. Along with visual stimulation provided by Sixto-Juan Zavala, show-goers will be treated to up-and-coming local acts PBLC (particularly awesome), Brave Microwave and Lizarazo. $3, 9pm Friday, Hi-Tones, 621 E Dewey, facebook.com, (210) 573-6220. —James Courtney

Poetry in the Park 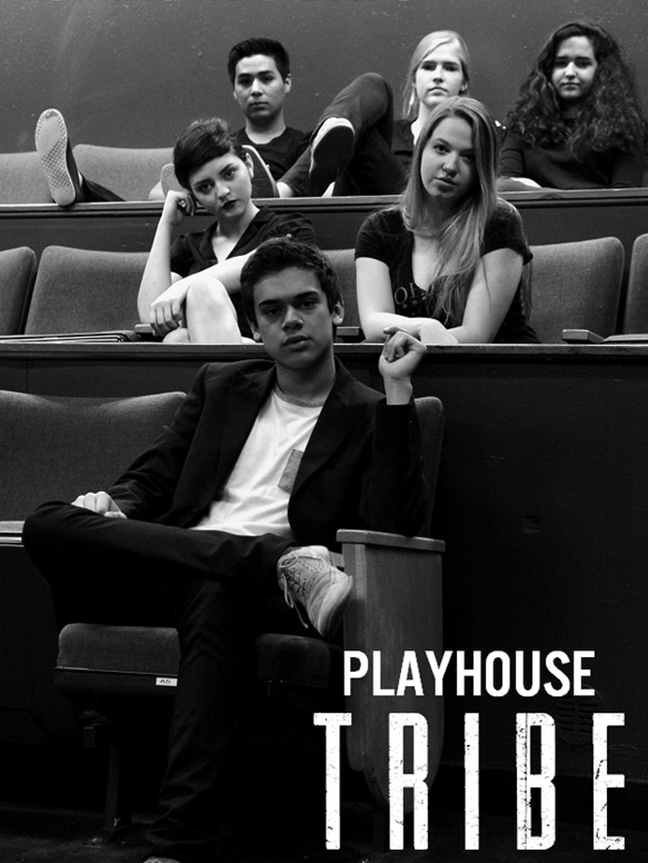 Inspired by the success of Black History Month (February) and Women’s History Month (March), the Academy of American Poets brought together librarians, publishers and literary organizations to claim April as National Poetry Month—an observance solidified by a proclamation President Bill Clinton issued in 1996. Kicked off in late March and stretching into May, the local incarnation comprises readings, slams, open mics, workshops, the competition La Voz de San Antonio and unique events like Poetry in the Park. Spotlighting the new youth initiative the Playhouse Tribe, the outdoorsy outing kicks off with a short program of classic and modern poems, original works, spoken word and Shakespearean sonnets in San Pedro Park (2:30 p.m.) before setting off to deliver encore presentations at Travis Park (3:15 p.m.) and HemisFair (4 p.m.). Open to all high-school and college students, the Tribe promotes “artistic expression in the community and fosters San Antonio’s next generation of creative leaders.” Free, 2:30-4:15pm Saturday, San Pedro Park, 800 W Ashby, npmsa.com. —BR 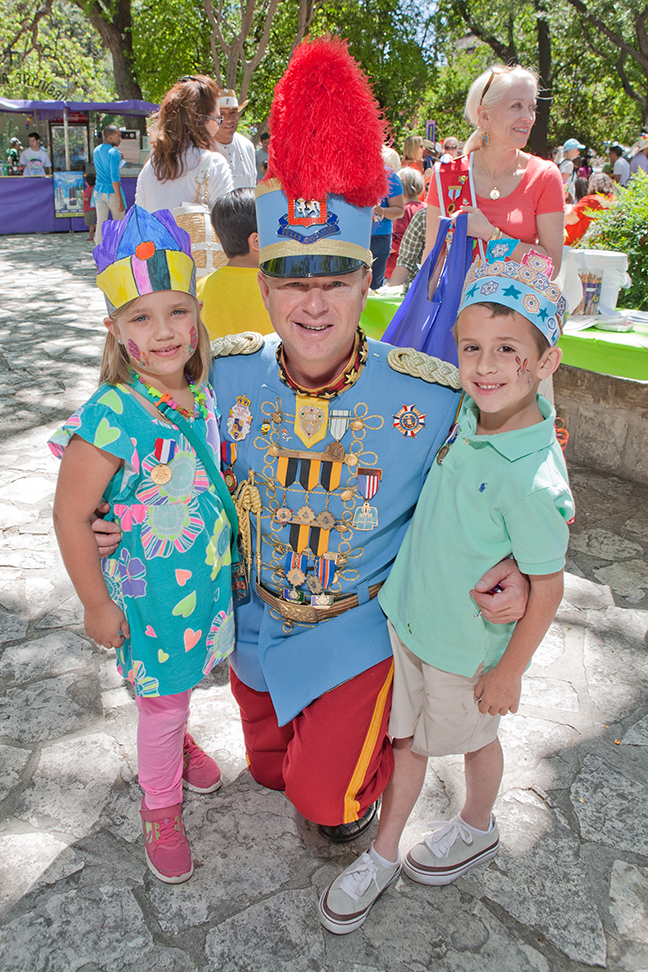 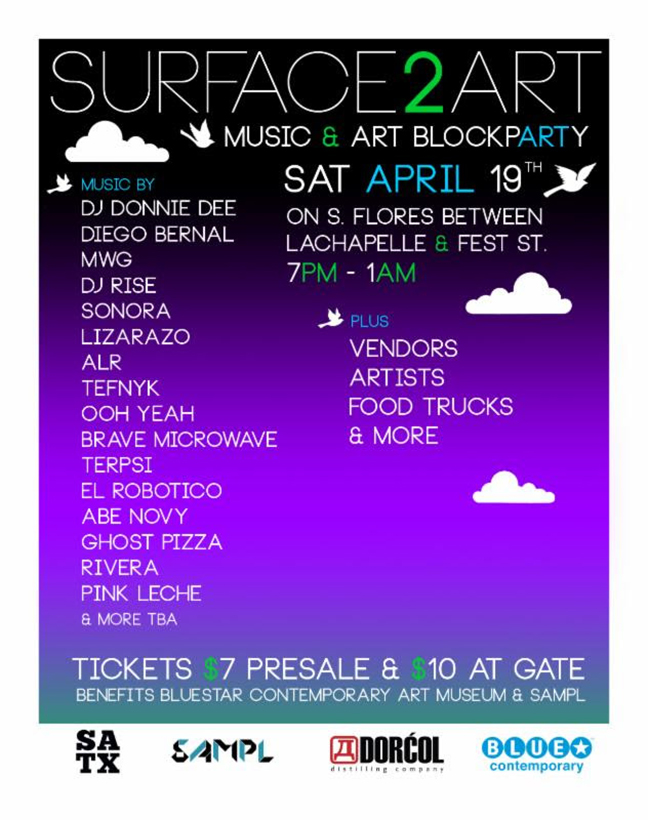 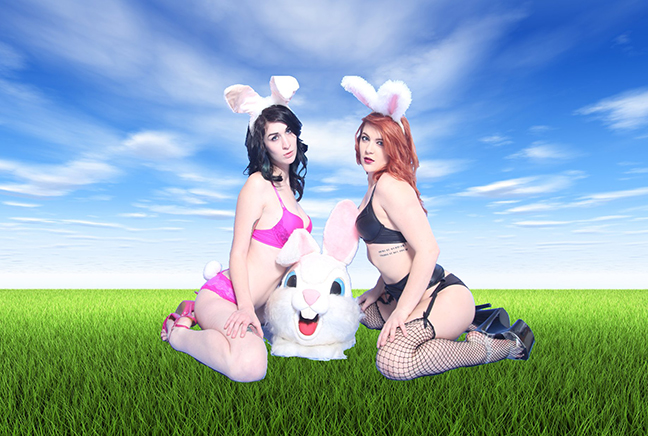