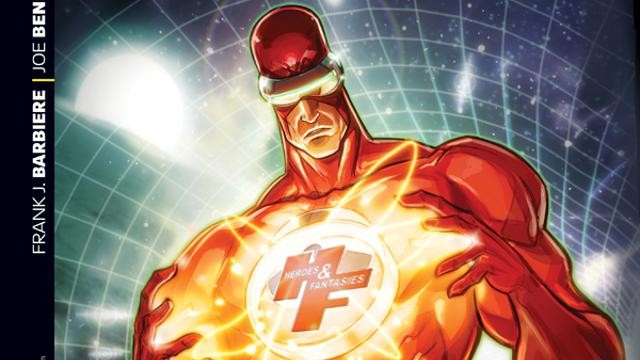 Among the comic book and gaming crowd, Eddie Nunez is a well known penciler/inker and character designer. As luck would have it, Heroes and Fantasies is hosting a book signing with Nunez on April 25 between 2 - 5 p.m. at their 410 and Evers location.

Nunez has done work for several well-known comics and video games. He has done the art for DC’s Flashpoint series, comic publisher Boom’s Fanboys vs. Fanboys, and IDW’s Ben 10.    He also has worked with comic book legend Jim Lee, the story writer and penciler for The Uncanny X-Men, to produce art for the PS3/PS4 game DC Universe Online.

Heroes and Fantasies’ Vice President Adam Conerly contacted Nunez after last year’s San Antonio Comic-Con, and commissioned him to do an exclusive 500 run, variant cover for Solar: Man of the Atom, rebooted comic originating in the 1960’s.

The variant cover features Solar with the Heroes and Fantasies logo emblazoned on his suit.

Conerly is looking forward to the event.

“It’s a good thing for the customers to meet somebody [working in comics] and shake their hand.” Conerly tells The Current.

Those attending the signing can purchase one of the 500 Heroes and Fantasies/Nunez variant cover for $6.00.  In addition, they will receive a sketch card from Nunez.

To check out some of Nunez’s work, visit his DeviantART site.