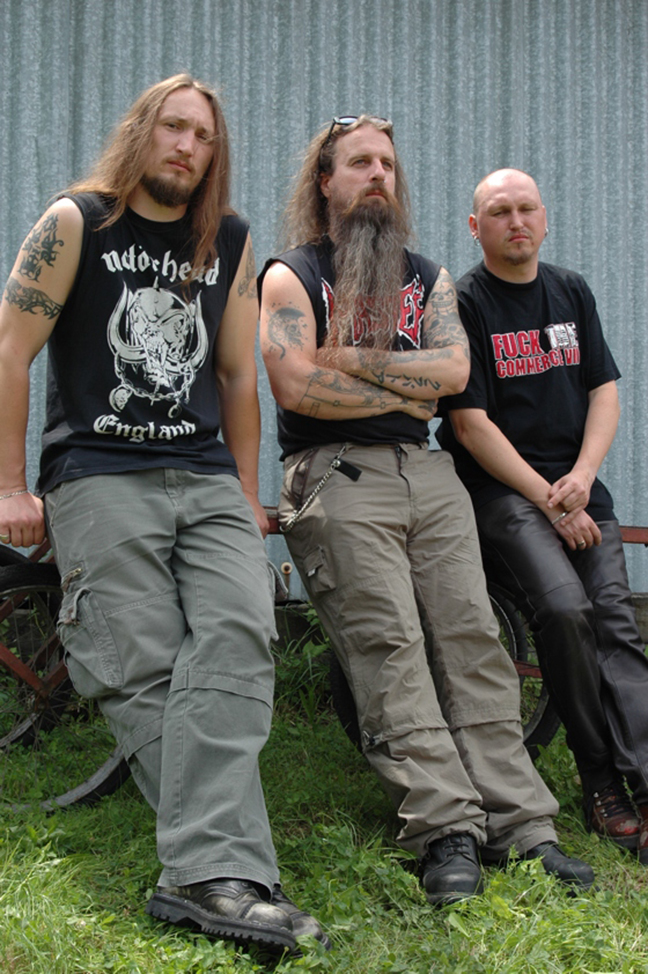 If you (intentionally) missed your chance to catch multi-platinum-selling recording artist/Dancing with the Stars alum Gavin DeGraw play the Majestic ($37.50, 7:30pm, 223 E Houston) but are still bent on having a musical Monday, pioneering death metal act Master might be just what the doctor ordered. Formed in Chicago in the early ‘80s, the band is unleashing a new touring lineup (Paul Speckmann on bass/vocals, Alex Bouks and VJS on guitars and Ruston Groose on drums) while terrorizing North American audiences in support of The Witch Hunt—an aggressive new offering Death Metal Underground described “intensely consistent” and a return to the “classic punk style” of its earlier albums—“but sped up.” Also on the bill: Fisthammer and Nervo Chaos. $10 (all ages), doors at 8:30pm, Limelight, 2718 N St. Mary's, facebook.com/BrokenBoardSATX. —Bryan Rindfuss

“Snoop Dreams: The Expression of Personality in Everyday Contexts” 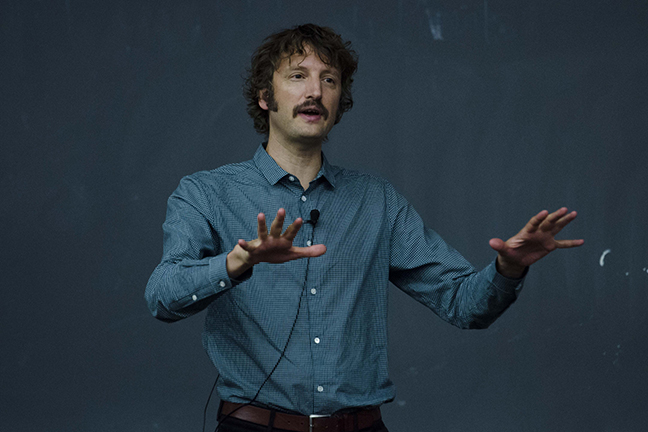 When John Steinbeck set out with his poodle on the road trip immortalized in Travels with Charley, the main question he hoped to answer was: “What are Americans like today?” Psychologist Sam D. Gosling uses an excerpt from Steinbeck’s travelogue to set the stage for Snoop—a book exploring ways our spaces and possessions reveal our personalities. Informed by investigations Gosling and his team of “environmental assessors” conducted in the living quarters of nearly 100 volunteers, Snoop collects everything from iPod playlists to Star Wars memorabilia as bits of evidence that factor into “psychological footprints.” Presented by the Mind Science Foundation, Gosling’s talk “Snoop Dreams” highlights a decade of research unraveling “links between people and places and figuring out what they mean.” $5-$20, 6:30pm, Pearl Stable, 303 Pearl Pkwy, (210) 821-6094, mindscience.org. —BR

The Big Give S.A. 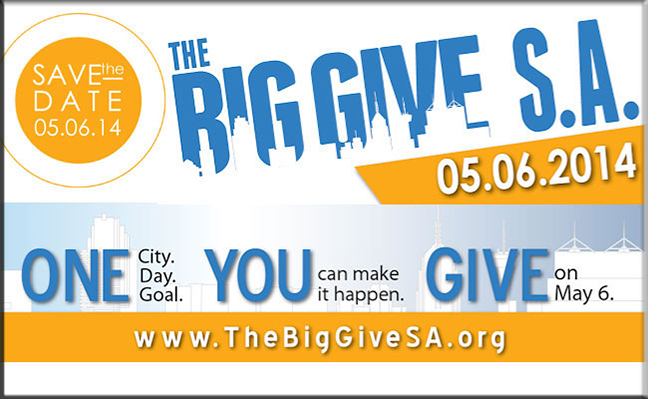 Part of the national movement Give Local America, the Big Give S.A. is a 24-hour event of online giving that aims to raise $1 million. Hosted by the San Antonio Nonprofit Council, the San Antonio Area Foundation, the Genevieve and Ward Orsinger Foundation and others, the inaugural benefit unites 467 Bexar County nonprofits—many of which are routinely mentioned in the Current based on community programs, exhibitions, classes, talks and workshops. While certain venues present potential givers with unique incentives, each nonprofit is also eligible for prizes and matching funds (which total $224,000) from local sponsors. The minimum donation amount is $10 and the day wraps up with a party featuring food trucks and music at the Briscoe Western Art Museum’s Jack Guenther Pavilion (free, 5:30pm-midnight, 210 W Market). $10 and up, midnight-midnight, thebiggivesa.org; visit thebiggivesa.org/#leaderboard for a list of participating nonprofits. —BR

Even More Ways to Celebrate The Big Give S.A. 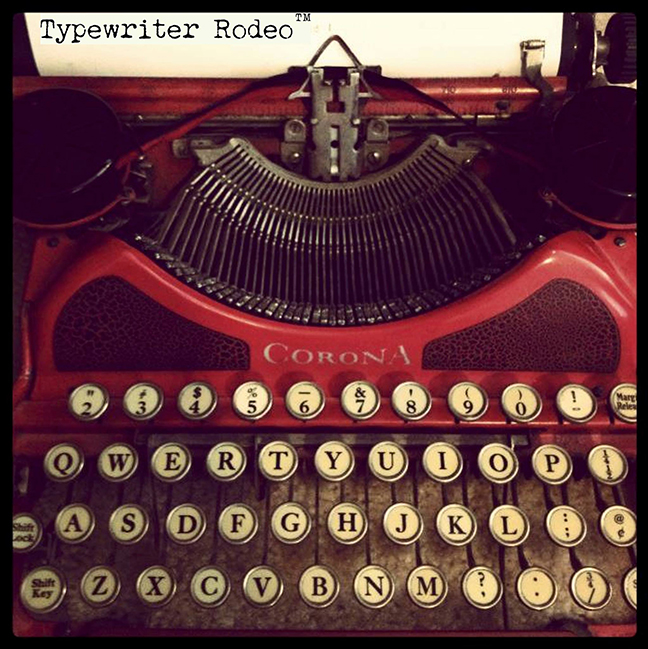 2. A Big Night of Giving in Phil Hardberger Park

3. PuroSlam Celebrates The Big Give S.A.

In collaboration with  the Circle School, PuroSlam presents a night of poetry and music to be simulcast live on Merge 98 FM. Number One ranked poet Diamond Mason defends her title against recently crowned PuroSlam Champ Rooster in several rounds of heated slammin'. Poets earn extra points for mentioning "The Circle School" or "The Big Give S.A." in their poems. DJ Donnie Dee provides the beats. 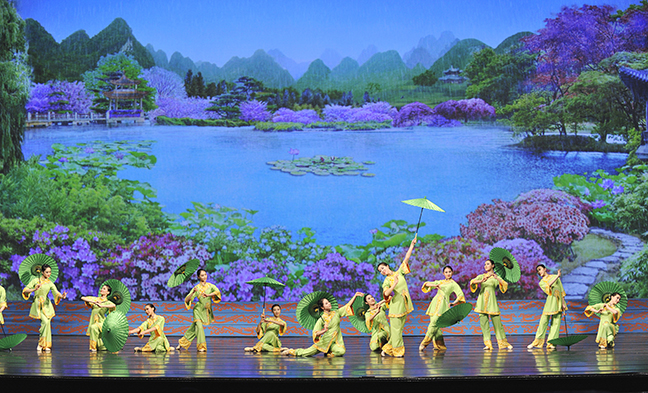 Established in 2006 with a mission of “reviving 5,000 years of divinely inspired Chinese culture,” New York-based Shen Yun Performing Arts is a touring troupe comprising elaborately costumed classical Chinese dancers, talented vocalists and an orchestra that fuses East and West. Presented as collections of vignettes, Shen Yun’s performances play out in front of digitized scenery projected onto a high-tech backdrop. Shen Yun’s espousal of Falun Dafa (aka Falun Gong, a spiritual discipline banned by the Communist Chinese government in 1999) is in no way hidden in these dazzling spectacles, which has led to a fair amount of controversy. In a 2008 review titled “Shen Yun: Propaganda as Entertainment,” The Daily Telegraph described a performance at London’s Royal Festival Hall as “politically motivated” and a “horribly Disneyfied version of the traditional Chinese culture.” Cancelled shows—including ones in Romania, Moldova, Ukraine, and Hong Kong—have been attributed to China’s government working through its embassies. $60-$140, 7:30pm Tuesday, Lila Cockrell Theatre, 200 E Market, (210) 224-9600, alamodome.com.