In yesterday's playoff coverage, Barkley told his dissenters to "turn off your damn television. I'm not gonna change...They want me to apologize and that's not gonna happen." 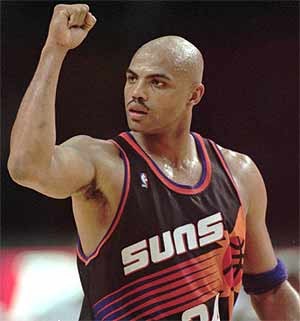 In the past few weeks, Charles Barkley has been talking some trash to San Antonio—not to the players per se, but at the expense of Alamo City women. “There's some big ol' women down there," said Barkley on TNT's Game Break program. "That’s a gold mine for Weight Watchers.” In the past, Chuck's dropped more than his share of crude one-liners on SA women, including "My ass would look normal down there," "They ain't got no skinny women down there," and "Victoria is a secret down there." Essentially, it's Barkley's go-to, poor taste pot shot, dropping a weight or churro joke any time some color commentary is necessary.

Back in May of 2012, when Barkley was pulling the same jokes, Mayor Castro responded with some teasing of his own. Castro pulled the classic "Scoreboard" defense, comparing San Antonio's four rings to Barkley's nil.

Barkley also called the Riverwalk a "dirty creek,” to which San Antonio River Authority general manager Suzanne Scott retorted, "The problem with Charles Barkley's recent comments about the San Antonio River is that they are less accurate than his golf swing.” While some are calling on Barkley to apologize for his comments, it's nice to see Castro and SARA getting in the ring without resorting to sucker punches.

In yesterday's playoff coverage, Barkley told his dissenters to "turn off your damn television. I'm not gonna change...They want me to apologize and that's not gonna happen."