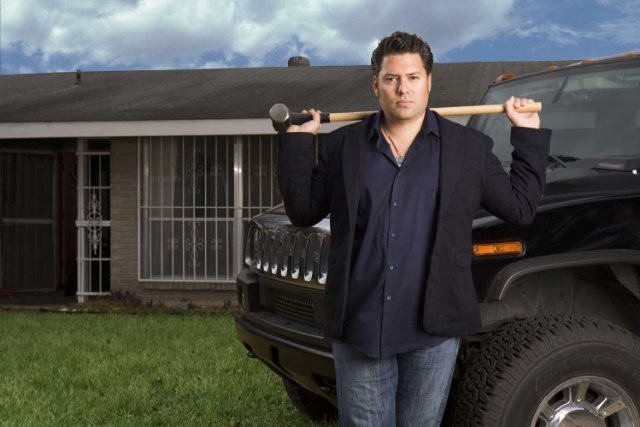 San Antonio ranked number one in something. No, not teen pregnancy. The local real estate market saw the largest growth in house flipping in the first quarter of this year. According to Armando Montelongo, former reality star of A&E’s Flip This House, a show people watched five years ago because they already saw that episode of House Hunters, there is one man to thank. That man is Armando Montelongo.

“San Antonio has been named the market with the greatest increase in house flipping in 2014. Between my students, my staff and my houses, I will take personal responsibility for that,” Montelongo humbly said on Facebook.

According RealtyTrac, the share of total real estate sales that were house flips increased 52 percent in the first quarter when compared to the same time frame last year. This is an incredible (and by “incredible,” I mean “misleading”) statistic that anyone would clamor to take credit for, but they can’t. The credit all belongs to Montelongo, who deserves it because he said so on Facebook. This isn’t an impressive increase in successful house flips, as Montelongo suggests in a press release. This is an increase in the percentage of real estate transactions that were house flips. The same report concludes that house flipping sales nationally saw a nearly 50 percent year-over-year decline. San Antonio also fails to make an appearance on the list of markets that saw the greatest returns on investment.

Montelongo achieved modest fame in 2006 by renovating investment properties on reality television. Flip This House ceased production in 2009 amidst the precipitous housing market decline. Since then, he’s been hosting house flipping seminars for people looking to live out their HGTV fantasies, promising attendees that millions can be made using his proven techniques. Just hand over $1500 for a three-day seminar to unlock his secrets ($25,000 for the good stuff).

Montelongo’s real estate strategies work. For proof, one just has to look at his prolific entry on Ripoff Report, where dozens of newly minted millionaires sing his praises. Some of his students were so satisfied with his seminars that they simply had to tell the Texas attorney general about it, who launched an investigation in 2011 to find out why he is so wonderful and great. The Better Business Bureau gave his company an “F,” their best grade. Meanwhile, Forbes, impressed by his business acumen, wrote a glowing profile of Montelongo last year, labeling him a “huckster,” the highest of compliments.

Make no mistake, the man knows what he’s doing. He deserves accolades for turning San Antonio into the house flipping mecca that it isn’t. But Montelongo, who wouldn’t know hubris if it were a granite countertop, is willing to share the limelight.“From one number one to another, congratulations San Antonio! Let’s keep flipping those houses,” he said.

No, congratulations to you, Montelongo. This city is not worthy of your property-flipping genius.