Spurs' Big 3 Set Playoff Record For Wins as a Trio 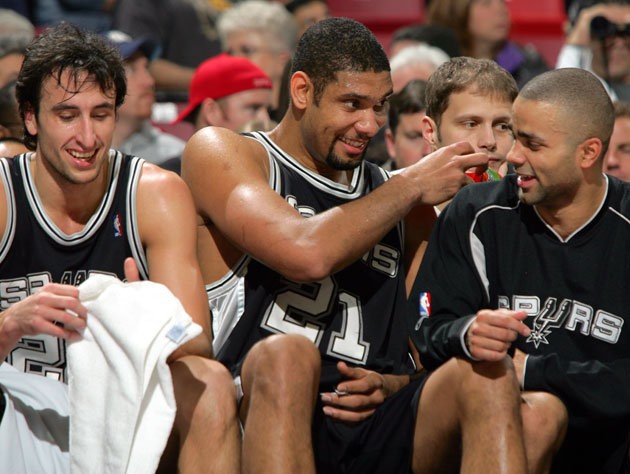 With San Antonio's 112-77 routing of OKC in game 2 of the Western Conference Finals, the Spurs' Big 3 of Tim Duncan, Tony Parker and Manu Ginobli have set the record for most wins from a power trio in the playoffs. With 122 wins together, the Spurs passed Magic Johnson, Kareem Abdul-Jabbar and three point threat Michael Cooper of the Showtime Lakers.

That's more than Jordan, Pippen and Rodman. More than Bird, McHale and Robert Parish. More than Shaq, Kobe and Big Shot Rob. Since Ginobli joined the Spurs for the '02 season, the Big 3 have won three titles, made four finals appearances and fought six bouts in the Western Conference Finals.

With chess move offense and execution like the video below, the Spurs look like they're ready to give their new record some padding.