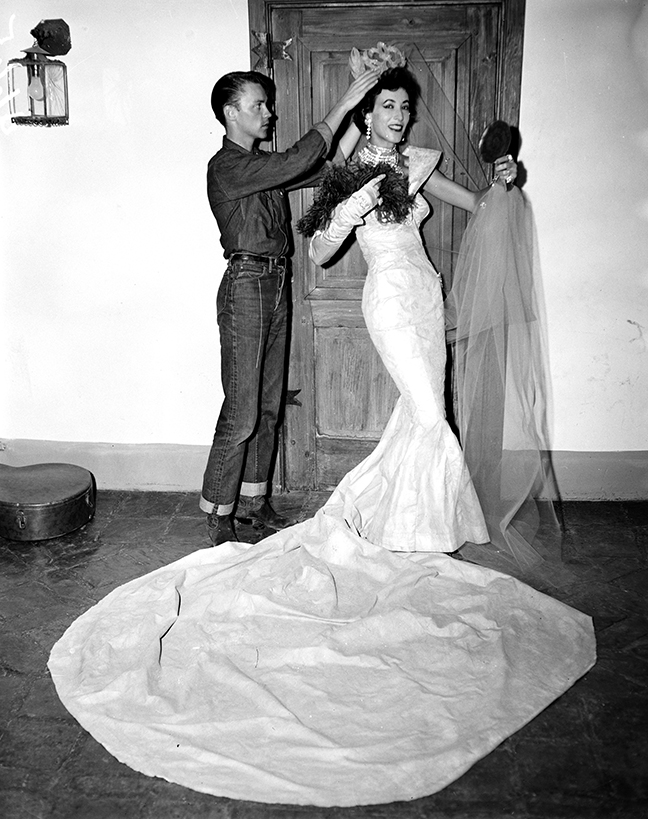 Dr. Amy L. Stone is an associate professor of sociology and anthropology at Trinity and the author of the 2012 book Gay Rights at the Ballot Box, a historical overview of anti-gay ballot measures dating back to 1974. Having previously tackled such topics as transgender inclusion in queer sexual spaces and lesbian inclusion in sorority rushing, Stone is now researching gender and sexuality in urban festivals. Held in observance of LBGT Pride Month, Stone’s talk “A Very Gay Fiesta” explores the role Cornyation played in “the growing gay and lesbian world in San Antonio during the 1950s and 1960s.” Free, 6:30–7:45pm Thursday, Tobin Branch Library, 4134 Harry Wurzbach, (210) 207-9040, mysapl.org. —Bryan Rindfuss 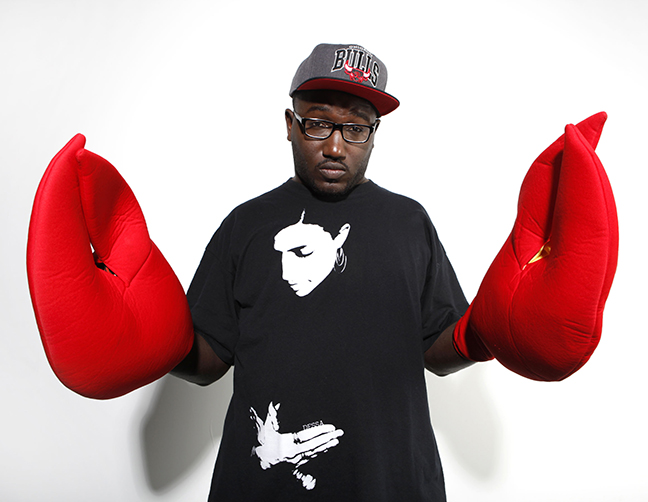 Before he even dropped his debut album (2010’s My Name Is Hannibal), stand-up Hannibal Buress was called a comic to watch by the likes of Variety and Chris Rock. Without ever having written a sketch, Buress reportedly secured a writer’s gig on Saturday Night Live in 2009 because of a killer set on Late Night with Jimmy Fallon. Considering the SNL writers’ room (and then the 30 Rock writers’ room) could only distract Buress from his stand-up act for a single season, the clearest indicator of the power of Buress’ comedy comes from his performance material. To illustrate how quickly he’s ascended, the best-known bit from his first album is about saving jars of pickle juice to flavor his sandwiches. Four years later, his latest special—Live from Chicago, which aired on Comedy Central in March—features a story in which Buress meets Scarlett Johansson and finds out he’s one of her favorite comedians. Miraculously, he’s equally likable (and funny) delivering both. $25, 8pm Thursday, 8pm & 10:15pm Friday-Saturday, Laugh Out Loud Comedy Club, 618 NW Loop 410, (210) 541-8805, lolsanantonio.com. —Jeremy Martin

Click here to read the Current’s Q&A with Buress. 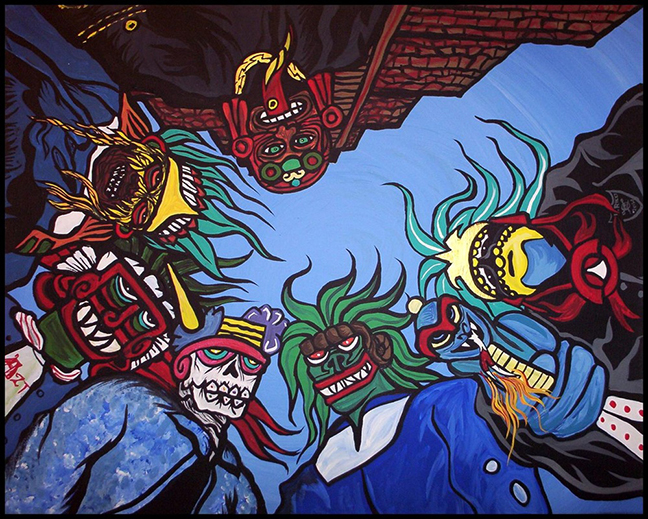 Humorous fusions abound in the paintings of Israel Rico, an Illinois native who moved to SA in the ’70s and cut his teeth as lead artist on the San Anto Cultural Arts murals Basta con la Violencia and Leyendas Aztecas. Marked by a street-smart aesthetic, Rico’s works often transport iconic characters (from Selena and Madonna to Hello Kitty and Godzilla) into an irreverent comic-book realm riddled with pre-Columbian references and regular appearances by the chupacabra and La Llorona. Replete with bilingual voice bubbles, his action-packed series Wonder Virgen stars a tough and sexy hybrid of Wonder Woman and the Virgin of Guadalupe. A decidedly casual entry on a résumé that includes the Museo Alameda’s 2011 exhibition “Manuel Castillo: The Painting of a Community,” a Clear Channel billboard and a featured spot in a gender studies book published by Universidad Nacional Autónoma de México, Rico’s latest offering decks the walls of the International Academy of Music and the Arts, which is part school and part coffeehouse. Opening Friday, the exhibit showcases the artist’s knack for juxtaposing Chicano and pop-art imagery—a practice that’s so far taken shape in works like A Clockwork Aztec and Pulp Revolution. $3, 6-9:30pm Friday, International Academy of Music and the Arts, 1627 Broadway, (210) 310-6298, iamacoffeehouse.com. —BR 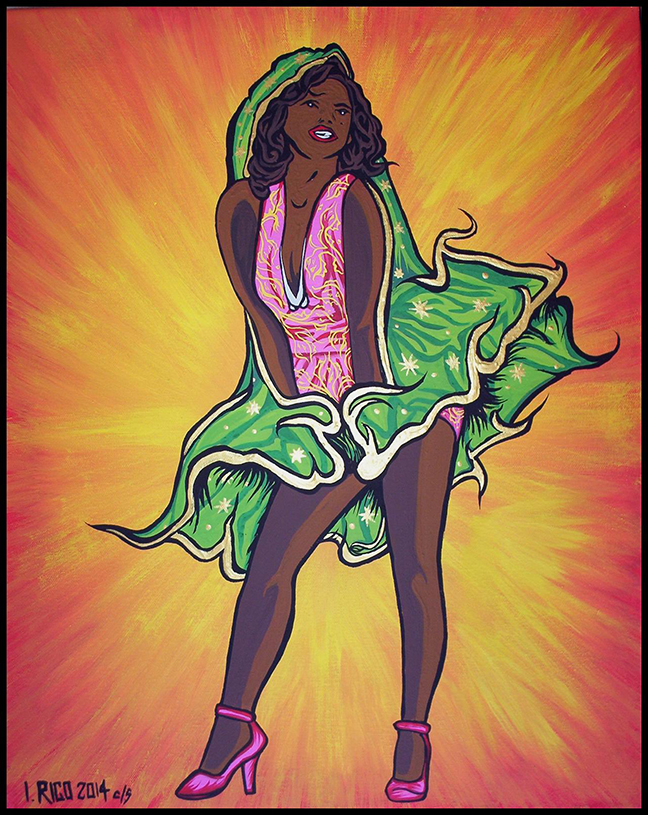 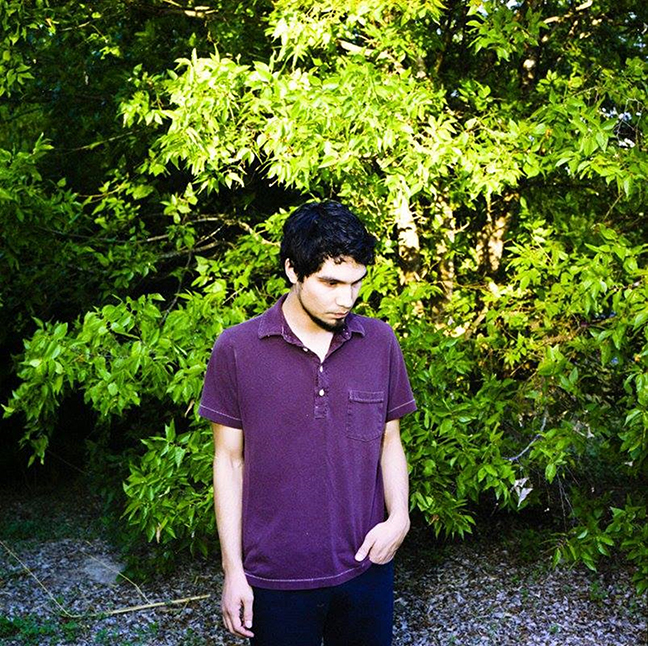 Nicaraguan-American songwriter and multi-instrumentalist Jesse Beaman is something of a sonic wizard. Playing and recording under the cryptic moniker My Empty Phantom, Beaman creates lush and layered rock-based music that could also be described as neo-classical, post-rock, experimental, avant-garde, progressive or ambient. Seated on a veritable throne of drums and surrounded by an array of instruments, Beaman begins his engrossing live shows by patiently creating loops and adding elements, allowing the meandering melodies of his intricate songs to blossom before your very eyes and ears. $10, 9pm Friday, 502 Bar, 502 Embassy Oaks, (210) 257-8125, 502bar.com. —James Courtney

Anime and Manga Art on the Museum Reach 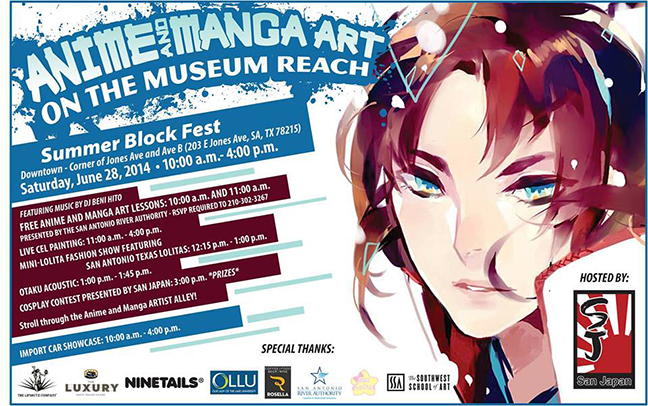 As momentum builds for Samurai 7 (July 18-20 at the Henry B. Gonzalez Convention Center), SA’s ever-popular San Japan convention teams up with the San Antonio River Authority to present Anime and Manga Art on the Museum Reach. Sponsored by Our Lady of the Lake’s Mizuumi-Con and the Japanese pop-culture shop Nine Tails in partnership with the Luxury and Rosella Coffee Co., the “summer block fest” is set to animate the River Walk with a cosplay showcase, cel painting, art lessons, a mini concert by anime/video-game cover band Otaku Acoustic, DJ beats by Beni Hito, a car show and appearances by the Gothic lovelies of the SATX Lolitas. Free, 10am-4pm Saturday, 203 E Jones, san-japan.org. —BR 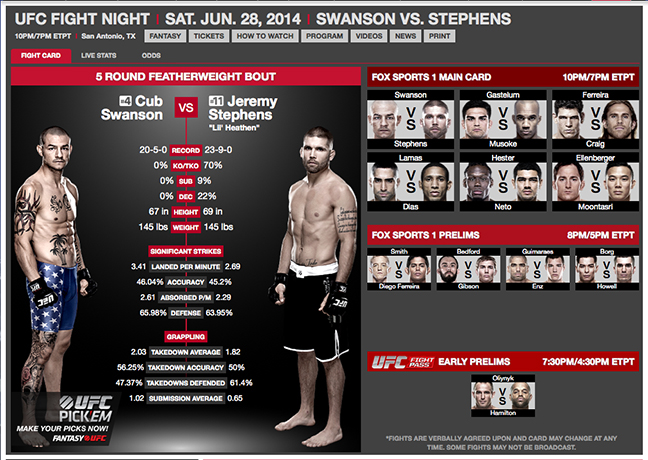 The Ultimate Fighting Championships makes its debut in San Antonio with UFC Fight Night 44, a six-bout card at the AT&T Center. The event is headlined by Cub Swanson vs. Jeremy Stephens in a featherweight bout. A veteran fighter, Swanson has been on a five-match winning streak since 2012. Stephens–nickname: “Lil’ Heathen”—has been on a roll himself, winning three consecutive fights since transitioning from the lightweight division. He is the No. 10 ranked fighter in the featherweight division. Fans deterred by ticket prices can catch the mixed martial arts event on Fox Sports 1. $40-$175, 5:30pm Saturday, AT&T Center, One AT&T Center, (800) 745-3000, attcenter.com. —Jose T. Garza III 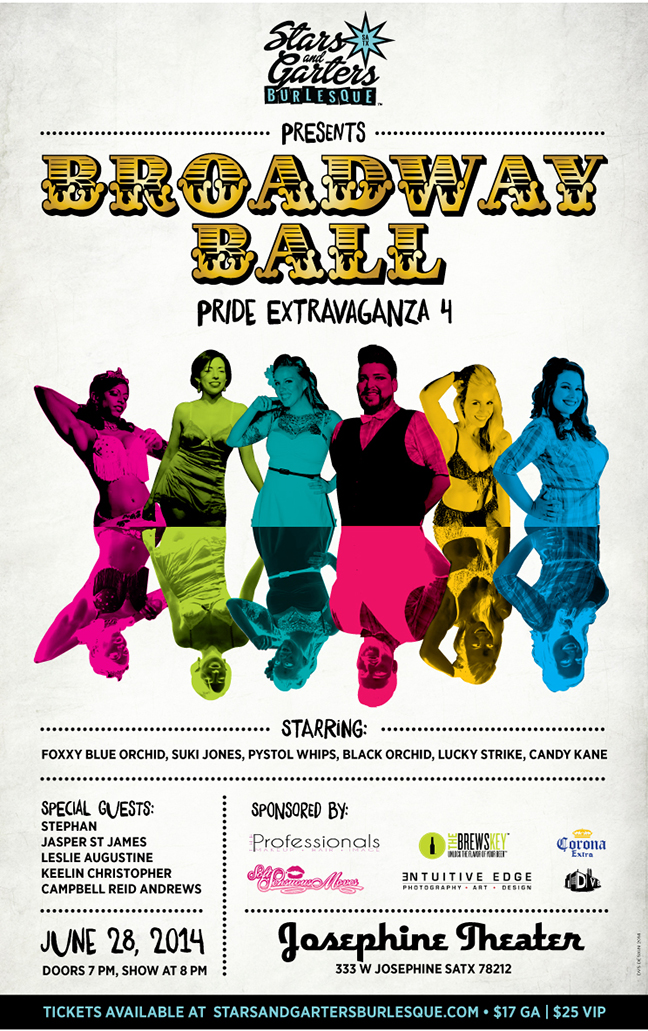 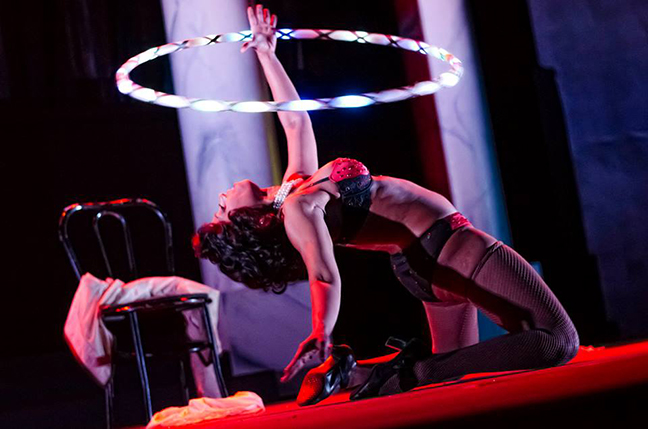 Film on the Green: Midnight in Paris 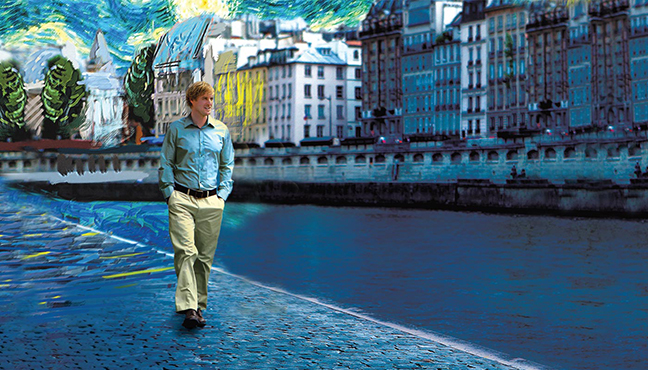 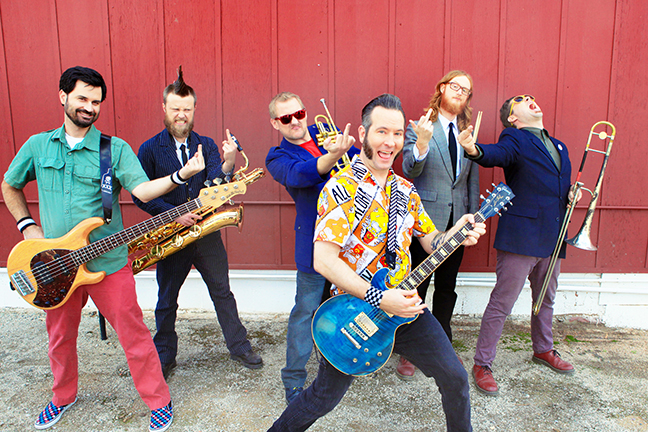 From the ashes of the ’90s third-wave ska scene, Reel Big Fish has managed to stay together and build a legacy while never deviating from their sound. A large part of the band’s longevity lies in its energetic live show. Aaron Barrett, the only remaining original member, combines boisterous hair-metal guitar riffs with syncopated upstrokes while crooning about life, love and rock ‘n’ roll. While his guitar work is the soul of the band, the tight horn section is what keeps the energy flowing. Ska may be dead, but Reel Big Fish is still kicking. Also on the bill: This Magnificent, the Lost Project and Survay Says! $18, 8pm Saturday, Backstage Live, 1305 E Houston, (210) 229-1988, dinproductions.frontgatetickets.com. —Erik Casarez 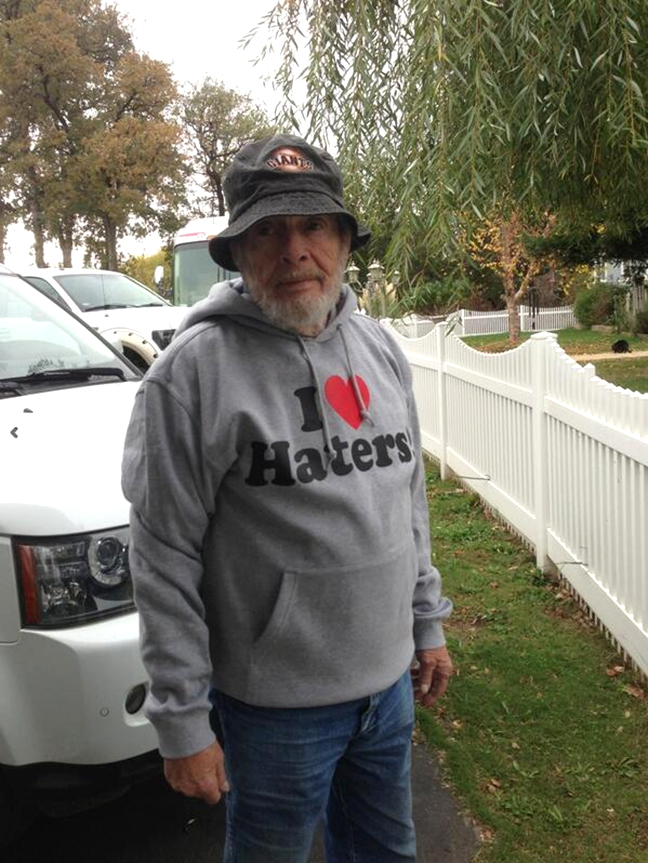 A Merle Haggard record generally consists of a song or two about prison, a few more about drinkin’, a couple heartbreaking (if too-often over-produced) ballads, a mid-tempo love song and a couple blues numbers. On the surface, and surprisingly existentially, that’s every song ever written. His ability to pare down a tune and lyrics to the perfect physique is what made Tin Pan Alley the monarchy it was in its heyday. He’s sick at guitar and he’ll be dead soon. And even if it could never match up to the glory of seeing The Hag do “Mama Tried” live in ’68, it’ll be better than just about every band in town. With Jason Boland & the Stragglers and Sunny Sweeney. $37.50-$45, 7:30pm Sunday, Floore’s Country Store, 14492 Old Bandera (Helotes), (210) 695-8827, ticketfly.com. —D.T. Buffkin