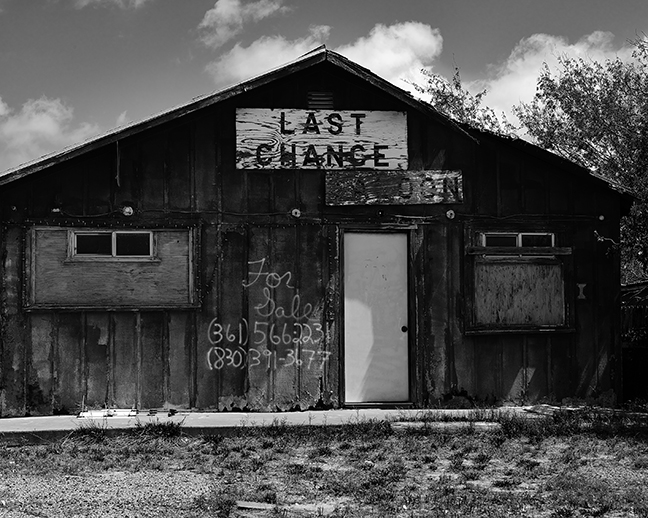 Secession Gallery 107 opens its doors at Blue Star this week with the first look at an ambitious photography project focusing on a variety of issues including oil exploration, the environment and multiculturalism. Titled “Work Prints,” the two-year-long endeavor tasks photographers Kevin G. Saunders, Angus O'Clerick, Christopher Capozziello, Kevin Nowack and Ryan Spencer Reed with capturing what America looks like today. Inspired in part by the “in-depth projects of the big picture magazines” that flourished before the Information Age, “Work Prints” aims to examine the present through an old-school lens that involves constructing a darkroom and printing a series of zines. Free, 6-10pm Thursday-Friday, Secession Gallery 107, 107 Blue Star, (210) 853-5993, secessiongallery107.com. —Bryan Rindfuss 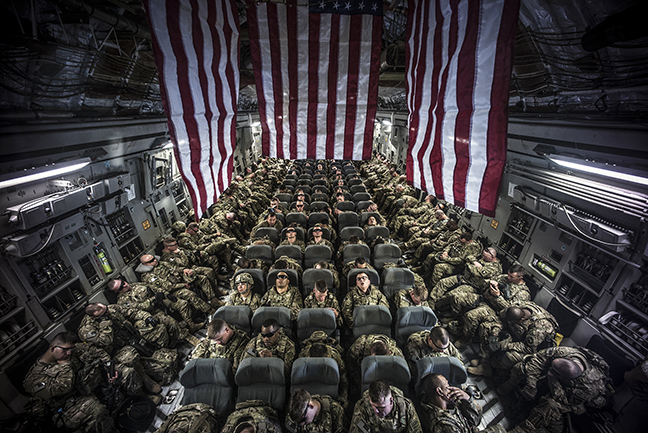 Flying can of Whoop-ass, ©Ryan Spencer Reed 2014. All rights reserved. 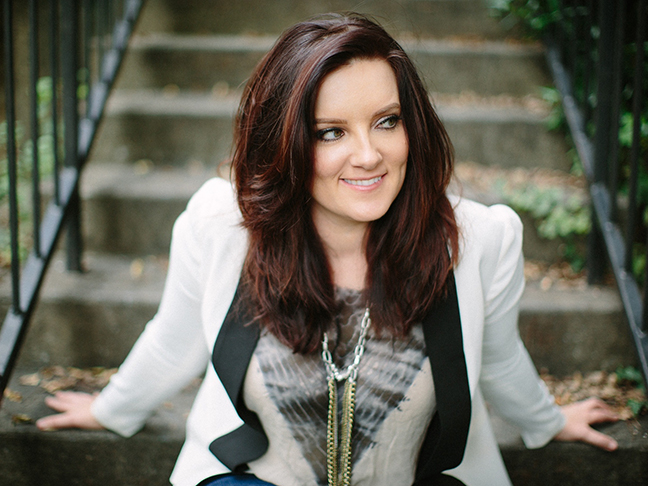 There’s a new girl’s club in Nashville writing with a refreshing, honest and provocative no-holds-barred agenda about trailer park life: gold-diggers, pill-popping, illegitimate children, murder and all. Their talent is turning depressing subjects into road-tripping, sing-along anthems with an upbeat country twang.

The leader of these renegade women is singer-songwriter Brandy Clark. Her hit single “Stripes” tells the other side of that old country adage of a man drowning the sorrows caused by a woman that left him. In Clark’s version, that man is just lucky to be sitting in that bar

and not graveyard-dead after what he did.

“I think life is a black comedy with a lot of sad truth out there. The only way to really swallow it is to make it a little bit funny,” Clark told the Current. Her aptly named debut 12 Stories is a witty, quirky tribute to her upbringing and the Nashville music milieu. As a writer, she has graced the albums of Reba McEntire, Keith Urban, Darius Rucker, Sheryl Crow, Miranda Lambert, The Band Perry and Kasey Musgrave’s Grammy-winning album Same Trailer, Different Park with her signature satirical wordsmithing. 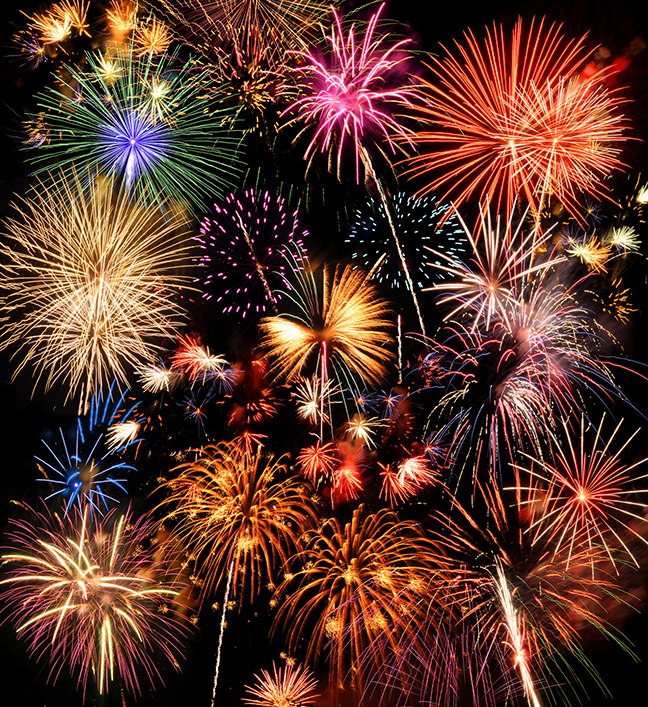 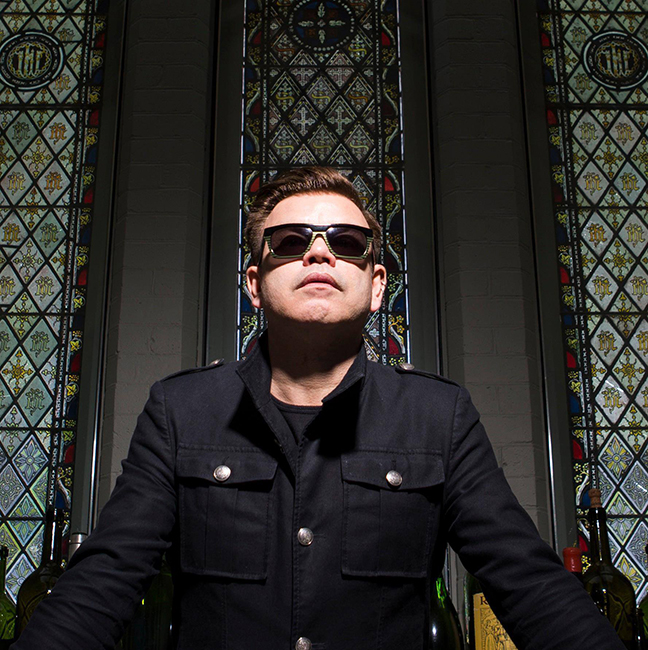 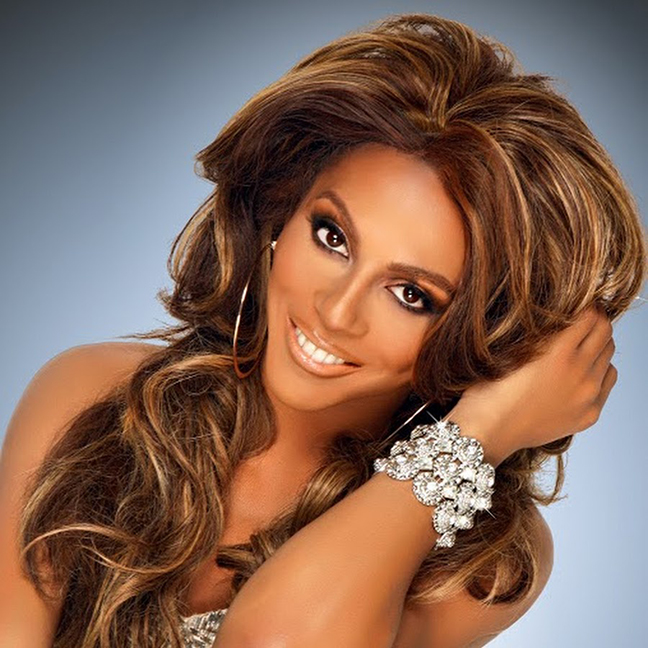 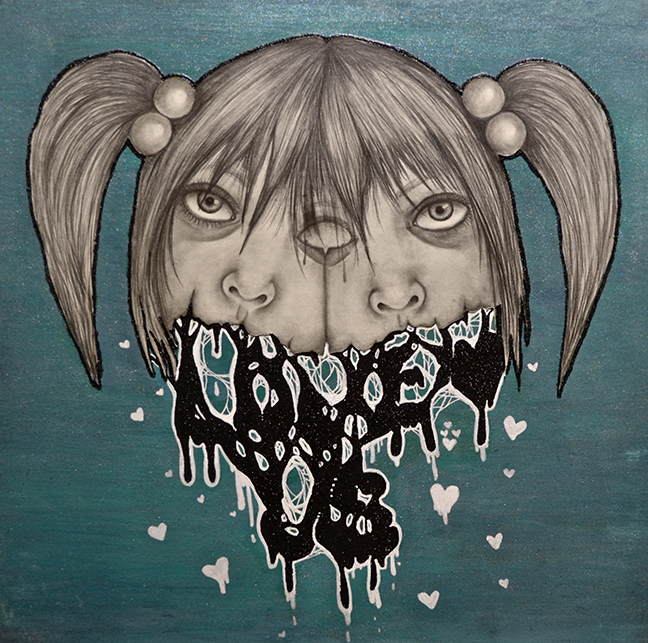 Don’t let the name fool you: Sweet Peach Collective is not all “sugar and spice and everything nice.” Founded in 2013 by Amanda Bartlett as a means to highlight “the perspective of local artists that identify as female,” the collective has grown from 13 to 60 members and champions an irreverent, street-smart aesthetic that’s equal parts glittery nostalgia and morbid irony. Building on the success of its inaugural outing in February (which provided guests with “cute vagina cupcakes” among other Valentine’s Day offerings), Sweet Peach returns to High Wire with a 28-artist showcase informed by a “resounding sense of sisterhood.” In addition to macabre graphite drawings by Bartlett, expect to find works by Valerie Brown (a 3D animation student who’s found her niche drawing cyclops girls); Vanessa Salinas (of the alternative crochet crew Sisters of Yarnage); old-school horror enthusiast Natalie Sauceda; Nicole Gonzalez (who parlayed a pair of cupcake earrings into a full-fledged line of Sweet Craft Jewelry); DIY fashionista Wildhoneypot; and Malice in Chains, whose latest collection of wearable chainmaille pieces benefits The Trevor Project—a nonprofit providing life-saving and life-affirming services to LGBTQ youth. To sweeten the deal, the “multi-sensory” reception features an eclectic live music lineup uniting Saakred, Pussywillows, Pink Leche, Wholly Vible and Jessica & the Pajama Blues. Free, 7pm-midnight Saturday, High Wire Arts, 326 W Josephine, (210) 827-7652, facebook.com/SweetPeachCollective. —BR 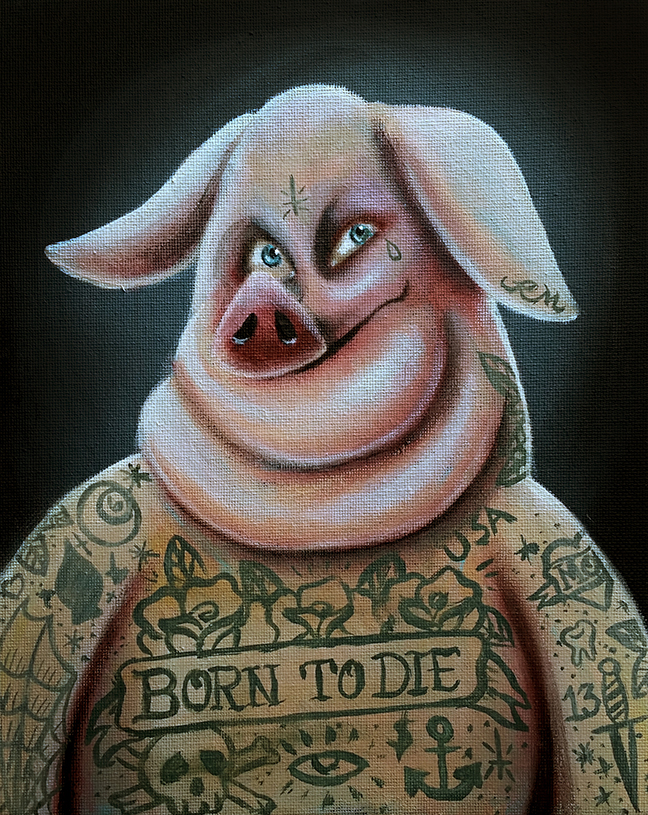 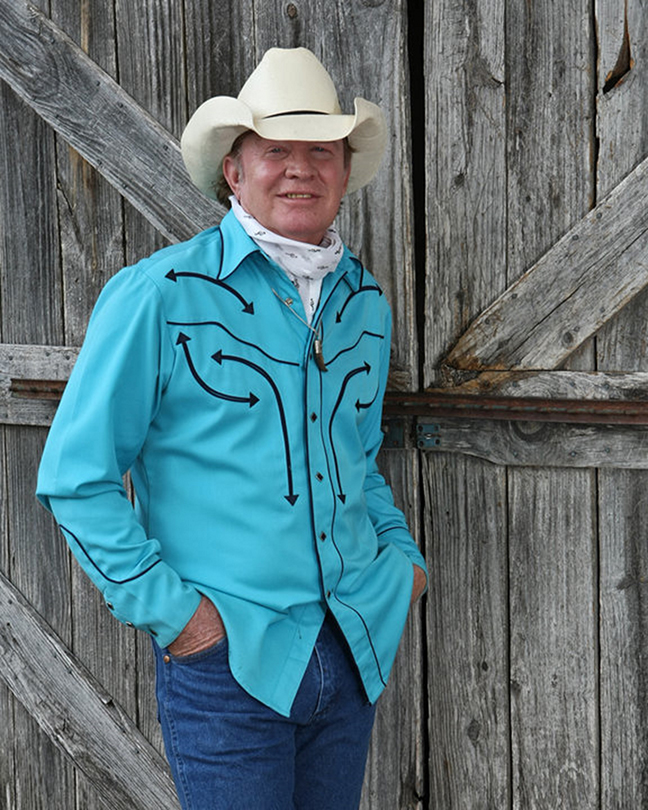 If you’re a music nut in Texas, you might think you’d know a guy who was named the state Music Ambassador in 2007. Sadly, however, country songwriter Gary P. Nunn—also a 2004 inductee into the Texas Hall of Fame—doesn’t get the attention you might expect, based on his résumé. Nunn, a father to the Outlaw Country movement, has played with and written for a veritable who’s who list of Texas’ finest, as well as releasing a wealth of solo material. Catch him live and experience living Texas history in the best way. Essential song: “London Homesick Blues.” $12-$15, 9pm Saturday, Floore’s Country Store, 14492 Old Bandera (Helotes), (210) 695-8827, liveatfloores.com. —James Courtney 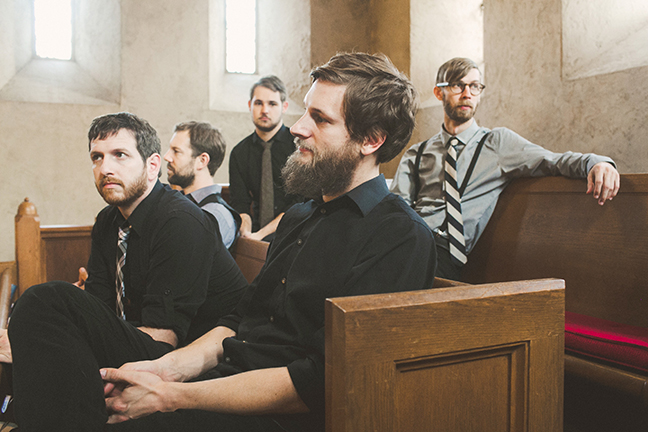 The popular Austin band Quiet Company plays a quirky brand of power-pop that excels on the versatility of its five members and the diversity of the sound they’re able to create, throwing melodica, harmonica, trumpet, saxophone and glockenspiel into the mix. On Saturday, the quintet will treat us to a full performance of an album that no doubt helped shape their sound—Weezer’s 1996 magnum opus Pinkerton, which contains the beloved songs “El Scorcho,” “Tired of Sex” and “The Good Life.” It promises to be a hell of a show, boasting a perfect match of band to material. $10-$40, 9pm Saturday, Sam’s Burger Joint, 330 E Grayson, (210) 223-2830, samsburgerjoint.com. —JC 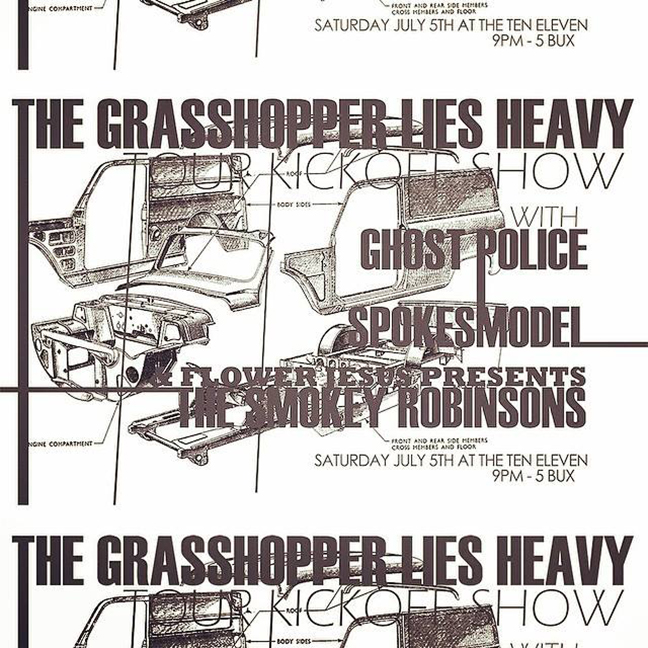 When I saw The Grasshopper Lies Heavy debut the stuff from their sophomore album All Sadness, Grinning Into Flow, it was the first time I’d felt the pain receptors in my fake, nerveless tooth. It’s that loud. Current contributor James Woodard and his quartet create huge, instrumental textures of doom with the infrastructure of gear nerds and the aesthetic sense of metal kids with a penchant for art music. To complement TGLH’s touring away party, Ghost Police and Spokesmodel add their visceral rock modes, vying with each other for the status of SA’s best pure punk band. Along with the Smokey Robinsons, a sample-based, doo-wop-drone offshoot of Flower Jesus, Saturday evening’s Ten Eleven bill is an enviable display of SA’s heavy music. $5, 9pm Saturday, The Ten Eleven, 1011 Avenue B, (210) 320-9080, theteneleven.com. —Matt Stieb 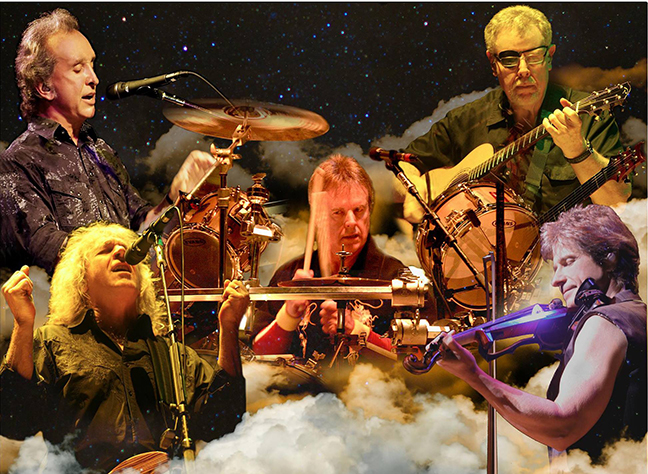 Second only to Rush in selling prog-rock to the American working man, Kansas probably only has two kinds of fans in 2014: people who yell “You’re my boy, Blue!” during “Dust in the Wind” and people who wish those people were dead. The second category includes hardcore “wheatheads” stoked to see drummer Phil Elhart, guitarist Richard Williams and vocalist/keyboardist Steve Walsh tearing through “Dust,” “Carry On Wayward Son” and other highlights from 40 years’ worth of blue-collar fiddle-and-synth symphonies, from their 1974 debut to their 2012 return to form Freaks of Nature. $27-$50, 8pm Saturday, Aztec Theatre, 104 N St. Mary’s, (210) 812-4355, theaztectheatre.com. —Jeremy Martin