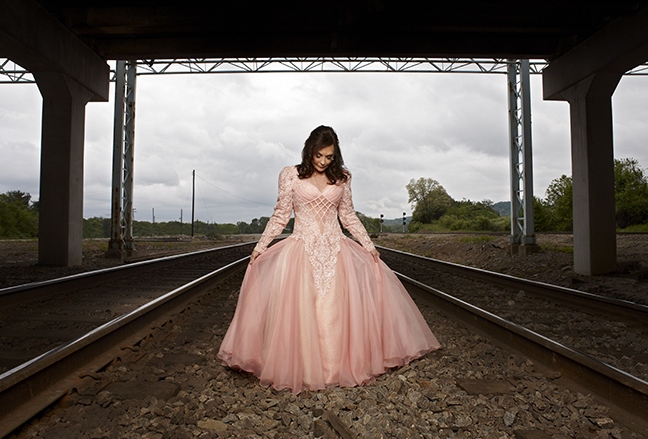 Words seem to mean less and less this millennium, but Loretta Lynn, who turned 82 this year, is a legend from the Time Before. “Legend” as in “best friends with Patsy Cline and Tammy Wynette, 50-plus studio albums, pissed off country fans for singing the praises of “The Pill” and decrying double standards (“Rated ‘X’”) and the thankless toils of motherhood (“One’s on the Way”), sang about being a “Coal Miner’s Daughter” because she was an actual effing coal miner’s daughter,” kind of legend. His brief stint as her guitarist in 2004 will forever be Jack White’s biggest credit. $40-$70, 8pm Friday, The Majestic Theatre, (210) 226-3333, 224 E Houston, majesticempire.com.—Jeremy Martin 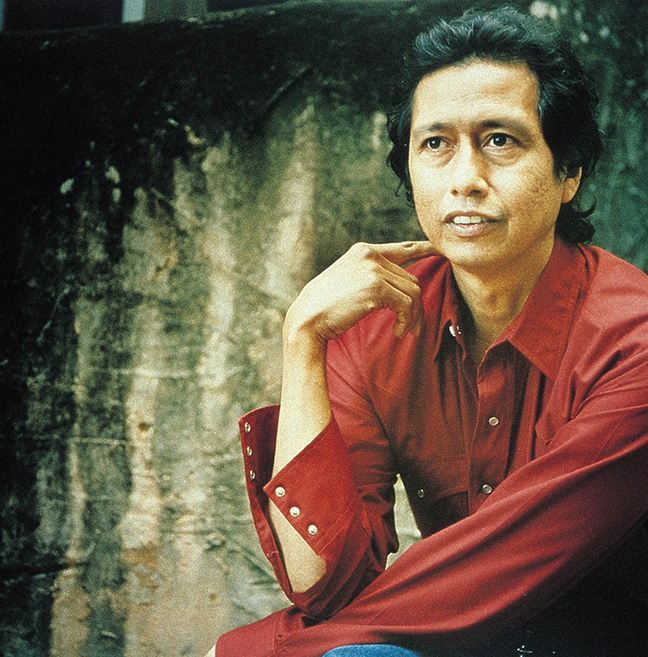 On “San Antonio Rain,” from Alejandro Escovedo’s 2012 LP Big Station, the Texas rock deity interprets his experience of leaving his childhood in the Alamo City. “My parents said we were going on vacation [to California], and we never really came back to Texas,” Escovedo told the Current in 2013. “‘San Antonio Rain’ is about a guy who comes back to a place where he felt very comfortable, but he feels a little uncomfortable there now.” After a mid-’70s stint with the Nuns, one of San Francisco’s original punk bands, Escovedo holed up in Austin until his ’91 solo stunner Gravity, followed by 13 more albums. “The rain don’t wanna come,” he sings on the hook for “San Antonio Rain.” It appears that Escovedo spent enough time here in the summer to get that vibe right. $20-$60, 9pm Friday, Sam’s Burger Joint, 330 E Grayson, (210) 223-2830, samsburgerjoint.com. –Matt Stieb 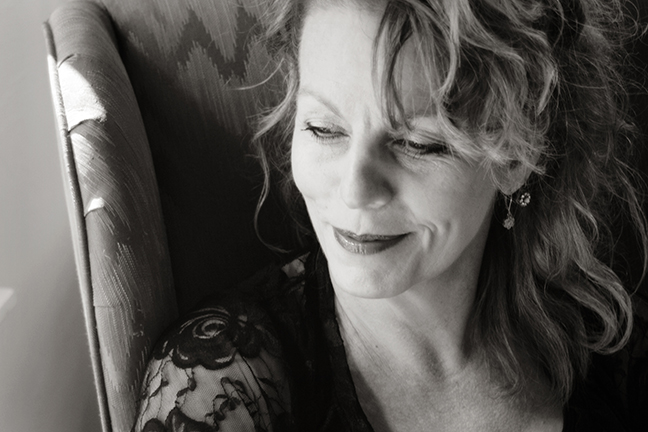 Born in North Dakota, raised in Wisconsin and based in Texas, author and educator Debra Monroe has penned four novels and On the Outskirts of Normal: Forging a Family Against the Grain—a poignant and witty personal account detailing the trials and triumphs of adopting and raising an African American infant in a rural Texas town. Published in 2010, the memoir earned praise from the likes of O, The Oprah Magazine, Elle and Vanity Fair. Monroe wraps up Gemini Ink’s SouthWord Writing Festival by reading from On the Outskirts of Normal in the Spanish Colonial Gallery at SAMA. $5-$10, 6:30-8pm Friday, San Antonio Museum of Art, 200 W Jones, (210) 978-8100, geminiink.org. —Bryan Rindfuss 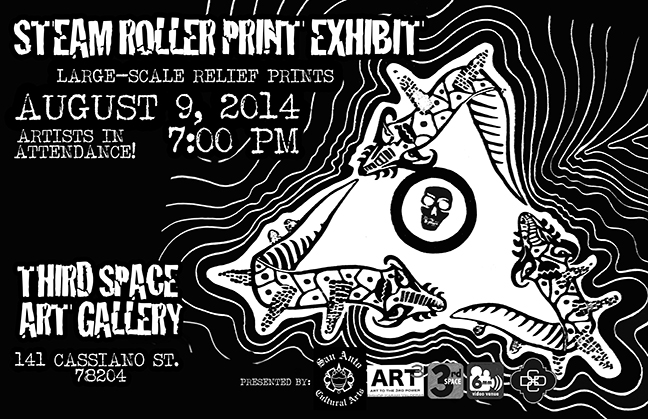 Culture seekers and faithful Current readers may recall when San Anto Cultural Arts closed down a block of South Chupaderas Street in May to host Steamroller of Doom—the “biggest, baddest printmaking party this side of the San Antonio River.” A joint effort uniting SACA, its co-founder Cruz Ortiz and Art to the Third Power (local artists Kim Bishop and Luis Valderas plus frequent collaborator Paul Karam), the event produced 25 large-scale relief prints realized with a steamroller. While some are up for grabs on San Anto’s website, others can be viewed and purchased at 3rd Space Art Gallery’s August exhibition, which benefits SACA’s year-round Community Mural Program. Free, 7-10pm Saturday, Third Space Art Gallery, 141 Cassiano, (210) 226-7466, sananto.org. —BR 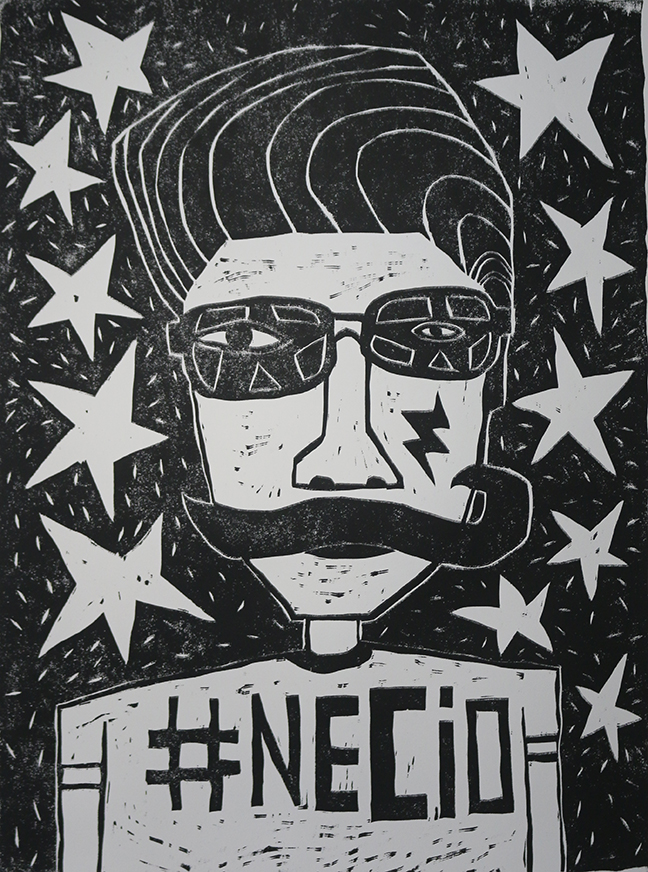 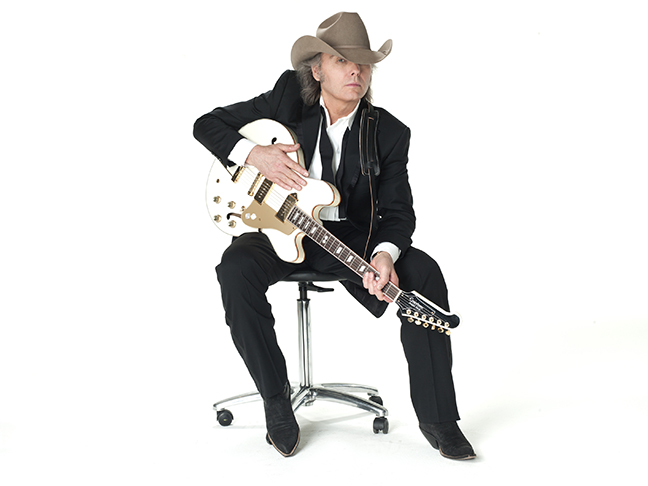 You already know Dwight Yoakam kicks ass, right? Buenas Noches from a Lonely Room, Guitars, Cadillacs, Etc., Etc., the only one to out Jason Statham in Crank and its sequel Crank: High Voltage—you don’t need us to tell you. But what you might not know is that adding just $130 to your ticket price for this show (also featuring Jason Boland & the Stragglers and Jason Eady) gets you (among other stuff) two guitar picks once used by the man himself. How can you tell? They taste like pure-grade honky-tonk moonshine, sweat and probably, to be honest, plastic. $32.33-$161.66, 7:30pm Saturday, WhiteWater Amphitheater, 11860 FM 306, New Braunfels, (830) 964-3800, whitewaterrocks.com. —JM 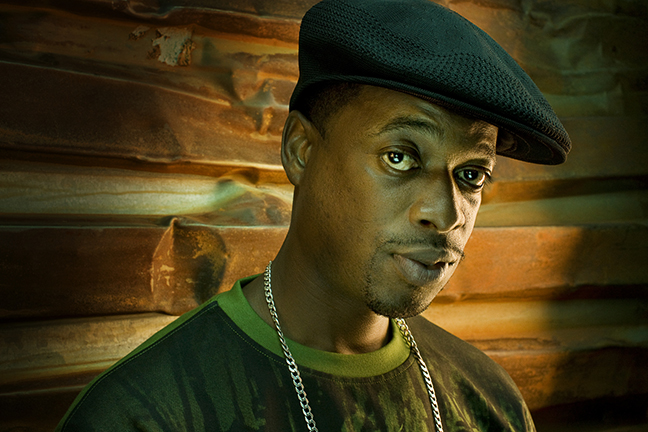 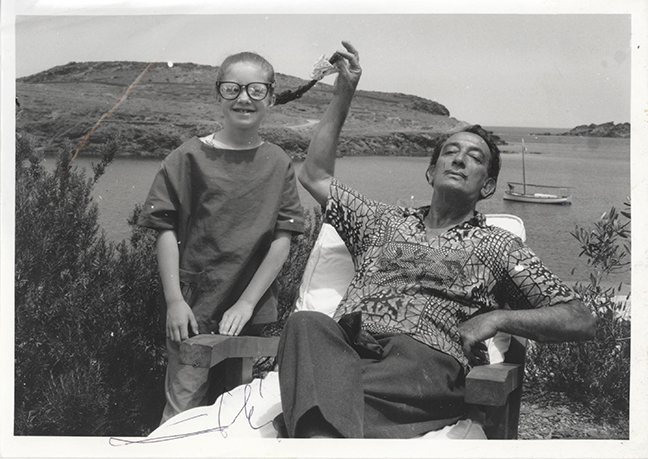 Christine Argillet spending one of her childhood summers with Salvador Dalí

“Dalí used to say that my father was more ‘Dalinian’ sometimes than himself,” says Christine Argillet. Her father is the late Pierre Argillet, prominent art collector and publisher of Salvador Dalí’s etchings, books, prints and other original works, and whose friendship with the artist lasted from their meeting in 1934 until Dalí’s death in 1989. It was under Argillet’s suggestion that the artist turned out plates inspired by hippies and Greek mythology, and illustrated poems by Apollinaire and Ronsard, as well as Goethe’s Faust and von Sacher-Masoch’s Venus in Furs.

As a child, Christine Argillet spent a lot of time around Dalí and his wife Gala, particularly during summer vacation. She bore witness to aspects of his ever-evolving process, watching in fascination as Dalí used the body of an octopus found on the beach to render the copperplate image for Medusa (1963).

“With Dalí,” says Argillet, “everything was strange and possible. He was working magic all the time.”

Through August 10, Argillet will be exhibiting works for sale from her extensive art collection. It includes more than 100 verified, signed works by Dalí (it’s important to authenticate Dalí’s prints, as many were fraudulently produced post-1980) as well as other Spanish masters, including Miró and Picasso. The exhibition-cum-sale, free to view and open to the public, takes place at The Shops at La Cantera, under the aegis of the Austin-based Russell Collection Fine Art. On the evenings of August 9 and 10, Argillet will attend public receptions, where prospective buyers can engage her in person. 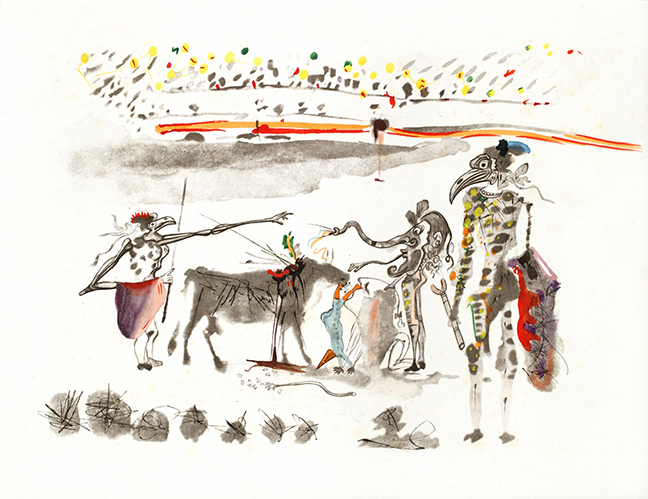 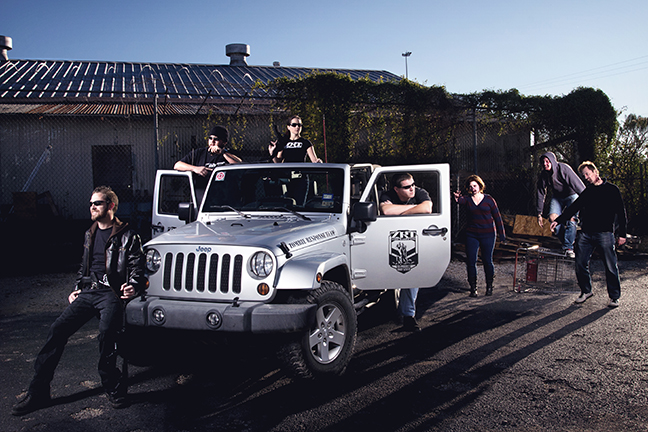 “To protect and sever” is the blunt mission statement of Zombie Response Team, a locally headquartered group that markets real-life survival training in anticipation of “the impending zombie apocalypse.” On its website, ZRT preps its followers for both natural and unnatural disasters via checklists, challenges and posts with titles like “What Survival Gear Can You Get from the Dollar Store?” On Sunday, the team hosts an in-depth session covering water purification and first aid techniques, ways to start a fire and building a basic bug-out bag. $20 in advance only (includes coffee and tacos), 9am-noon Sunday, MacArthur Park, Pavilion 3, 1611 NE Loop 410, zombieresponseteam.net. —BR 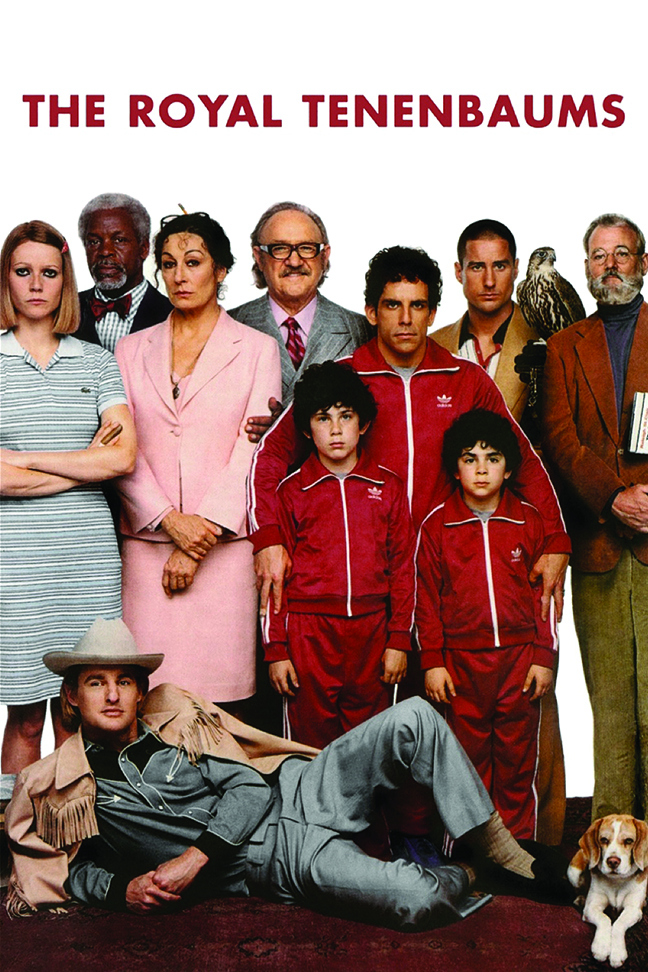 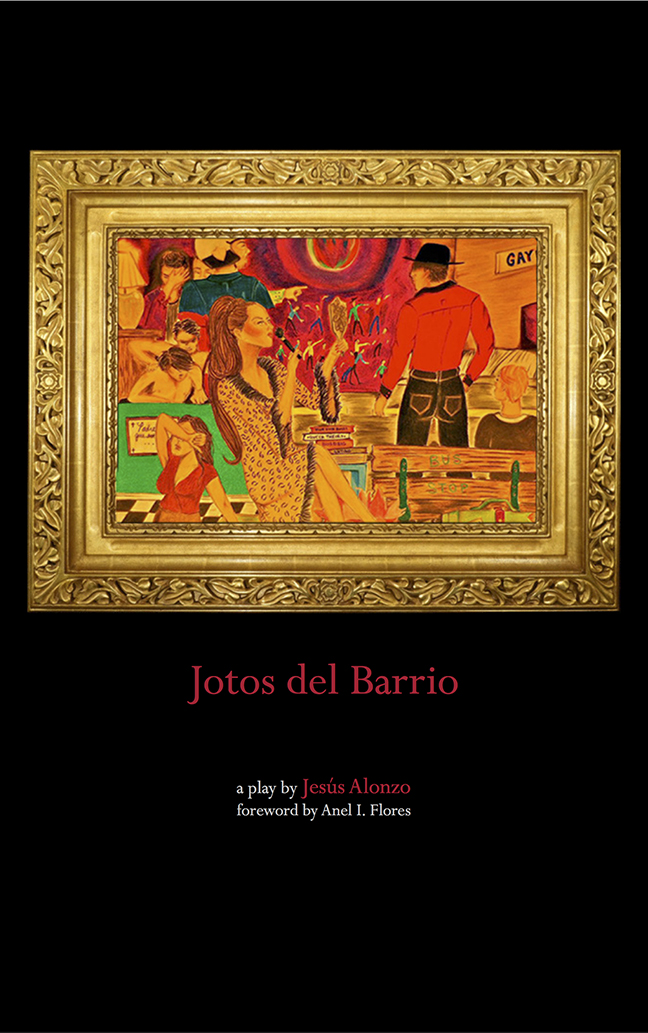 Possibly the most memorable feature of Pride Month 2014 was the revival of local poet and playwright Jesús Alonzo’s Jotos del Barrio, an empowering play employing poems, vignettes and monologues to explore Latino queer identities. Written in 1995 in response to the absence of Latinos from a media studies course encompassing queer iconography, Jotos del Barrio premiered at Jump-Start in 2002 and was recently published by San Francisco-based Kórima Press. Sunday, Alonzo and cast members will present readings and performances followed by a Q&A and book signing. Free, 2-4:30pm Sunday, Central Library Auditorium, 600 Soledad, (210) 207-2500, mysapl.org. —BR