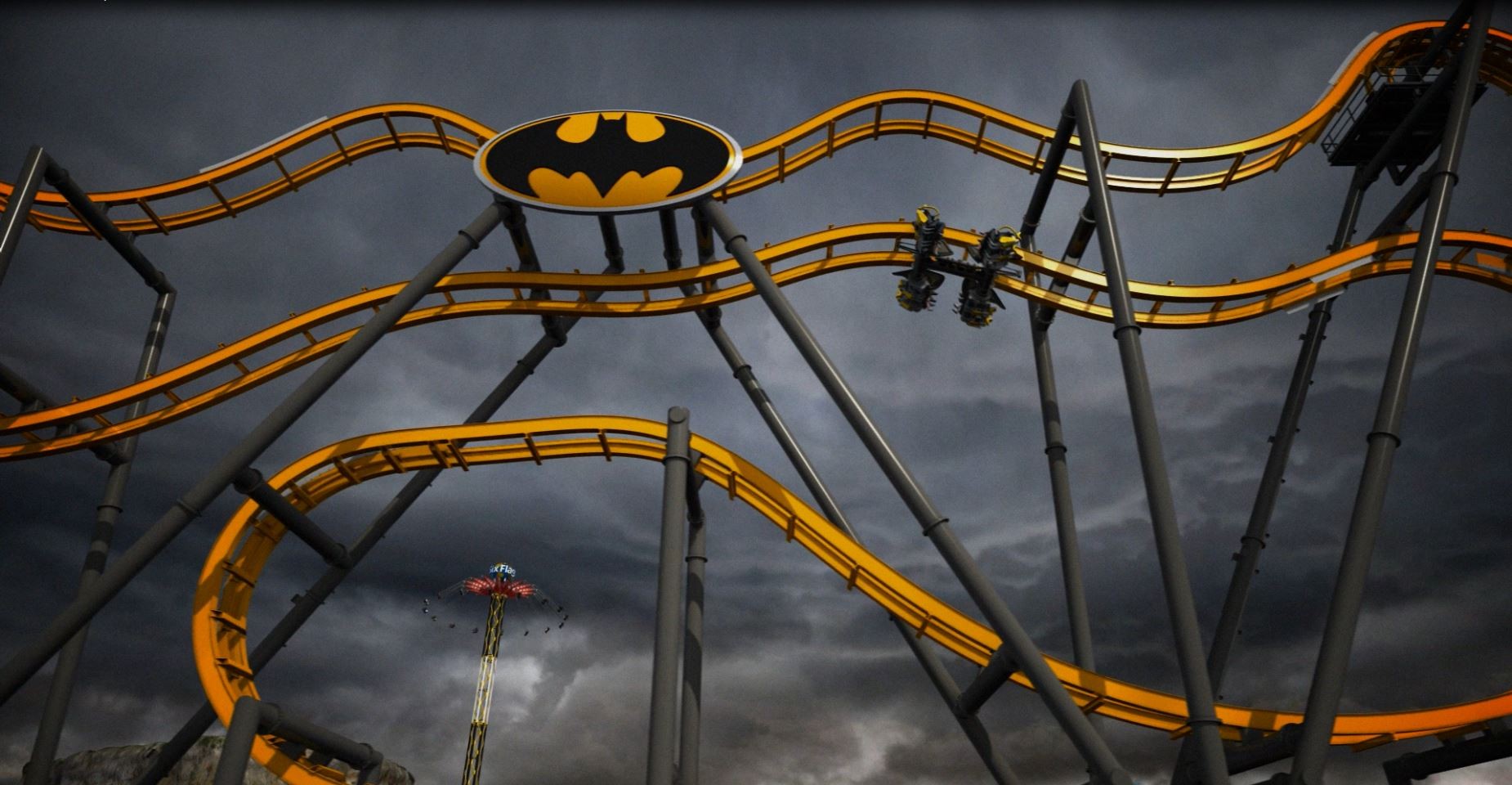 Six Flags has recently announced a slew of new attractionsto be added to its parks by the summer of 2015. Fiesta Texas is set to get the biggest, baddest attraction on the list, Batman: The Ride, and let me tell you, this shit looks terrifying.

The promotional images released for the Batman coaster show it looking like an enormous, yellow, metal snake, set against a thunderstorm. Digitally animated riders are shown riding the steel tracks, fully aware that lightning could strike at any second. Why they are at Fiesta Texas in that weather and why the ride is continuing to run in an impending storm, I don’t know – but the thrill of it all!

The new coaster is an updated version of the original Batman: The Ride which opened in 1992 and was the first inversion roller coaster ever created. The 2015 version will be 12-stories high and have two beyond vertical drops. I’m not sure what “beyond vertical” even means, but I know I don’t want to be dropped that way. The ride also features six inversions and the power of magnets. With the help of Batman: The Ride’s “ultra-modern magnet technology,” riders’ bodies will flip over and over again and they will achieve a sense of stomach-churning weightlessness.

Batman: The Ride is a huge financial investment for Six Flags, but it will undoubtedly pay off. It is being billed as the most exciting thing to happen to Fiesta Texas in over 20 years and, while the Dark Knight himself is alluring enough, I can imagine thrill-seekers everywhere will want to travel to San Antonio to be able to say they’ve been flipped and tossed around by giant magnet technology.