29 More Celebrities who are Coming to Alamo City Comic Con

Celebrities are scheduled to takeover San Antonio thanks to Alamo City Comic Con (ACCC). Will you survive the pop culture invasion? Probably not.

No one will be able to walk through downtown without being accosted by the stream of TV actors and movie stars. Here's our massive list of names and faces to watch out for. It's not everybody. There's too many to name. Nevertheless, add this list to the previous coverage on our Hollywood invaders and prepare yourself. You've been warned. 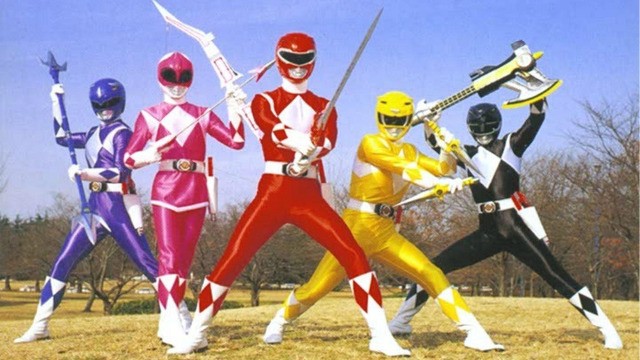 Stars of the hit children’s television show unite at ACCC. Karan Ashley (Yellow), David Yost (Blue), Walter Jones (Black), Austin St. John (Red) are scheduled for autographs and photo ops. Since the hit show, Ashley has become the host of radio talk show UnCensored Radio. Jones appears in the drama A Man Without a Head (2014). Yost has worked behind the scenes at the Syfy Channel and Geneon Entertainment. St. John has gone onto become an EMT and a volunteer firefighter.

In the movie The Karate Kid (1984), John Kreese (portrayed by Martin Kove) bullies one of his students, Johnny (William Zabka), to “sweep the leg.” That memorable scene catapulted this villainous duo into pop culture stardom. Since then, Kove has been busy this year performing in more than a dozen productions. Zabka recently finished up a stint in the hit television series How I Met Your Mother. You can meet Zabka as part of the 80’s VIP Experience at ACCC, and Kove will be signing autographs all weekend.

Dragging a rotting dead guy around pretending he was alive was the comedy gold in the 1980’s thanks to Andrew McCarthy, Johnathan Silverman, and Terry Kiser in Weekend at Bernie’s (1989). It even spawned a sequel. Though this group has nothing to do with gaming or comics, they fit right in with the buffet of nostalgic entertainment. These three have worked steadily in various film, and television projects over the years. The trio will be available for autographs and a group photo opportunity. 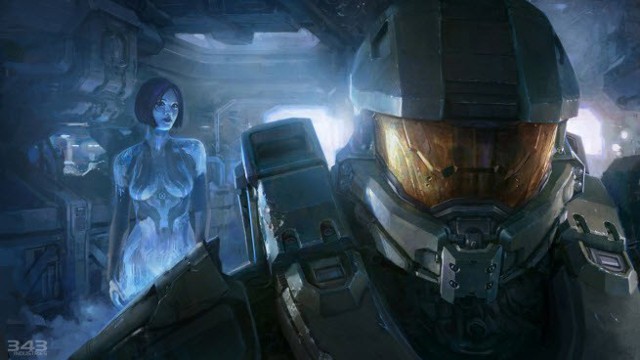 Meet the voice actors from the video game franchise Halo Steve Downes (Master Chief) and Jennifer Lee Taylor (Cortana). Downes has worked exclusively as the voice of Master Chief while Taylor voices many notable game characters, including Princess Peach in Mario Kart GP DX, and Zoey from Left 4 Dead. Both have roles in the much-anticipated Halo 5. Downes will voice John-117, and Taylor plays Catherine Elizabeth Halsey.

When Carl Grimes (Chandler Riggs) got shot in a hunting accident during The Walking Dead’s second season, Hershel Greene (Scott Wilson) came to the rescue with his monotone voice and his mad veterinarian skills. This year, ACCC has put together The VIP Walker Experience for fans of the show, including photo opportunities with Riggs, Wilson, Iron-E Singleton (who plays T-Dog), and Emily Kinney (who portrays Beth Greene).

To date, Nick Castle has written several screenplays including Escape from New York (1981), a personal favorite of mine: The Last Starfighter (1984), Hook (1991), and August Rush (2007). His acting credits are few, however, Castle is best known among horror movie fans for portraying the original Michael Myers in the 1978 slasher flick Halloween.

Ernie Hudson portrays iconic Winston Zeddemore in Ghostbusters (1984) and Ghostbusters II (1989), but that’s not all he’s done. In the late nineties, he played Warden Leo Glynn in the gritty drama Oz. He’s been on the TV series Law & Order, the voice of Agent William Fowler on Transformers Prime, and had reoccurring roles on Rizzoli & Isles, and Franklin & Bash. On a possibly hilarious note, he’s taking part in an upcoming movie called Wizardream (2014) that looks as awesome as it sounds if the poster is to be believed.

John Kassir gave us the shrill, pun-loving corpse the Crypt Keeper, host of the show Tales from the Crypt. The popular series ran seven seasons on HBO providing viewers with cautionary tales of horror and death. Kassir has also lent his voices to numerous cartoon and video game characters. He did fill-ins for Buster Bunny on the television show Tiny Toon Adventures, as well as voices on The Grim Fairy Tales of Billy and Mandy, Eek! The Cat, and Catdog. His video game credits include work on Batman: Arkham Origins, Skylanders: SWAP Force, and Metal Gear Solid: Revengeance.

Lou Diamond Phillips may always be remembered as Ritchie Valens from La Bamba (1987), and Jose Chavez in the Young Guns (1988) and Young Guns II (1990), but Phillips has plenty of worthy television performances under his belt. This includes his run on SGU Stargate Universe, and A&E’s show Longmire. Phillips is also a part of the 80’s VIP Experience at ACCC.

Danny Glover has an extensive list of movie acting credits. The ones relevant to the comic convention crowd include his role as Roger Murtaugh in the Lethal Weapon tetralogy (1987, 1989, 1992, 1998), Predator 2 (1990), The Royal Tannenbaums (2001), and his more recent appearance in Bad Ass 2: Bad Asses (2014). His appearance at ACCC for autographs is proof positive that Glover is not too old for this shit. Look out for his role in the upcoming movie Bad Ass 3 (2015). 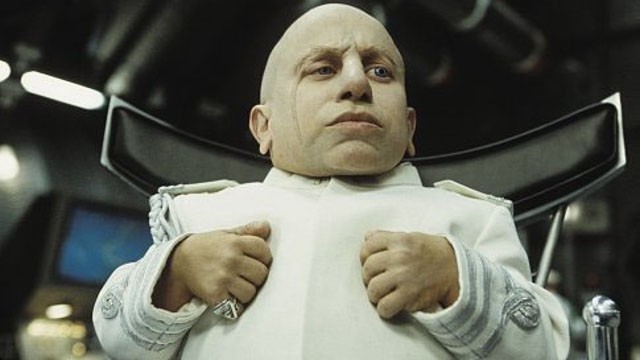 Early on, Verne Troyer’s acting credits included portrayals of babies and small animals. His break our role as “Mini-me” in Austin Powers: The Spy Who Shagged Me (1999) and Austin Powers in Goldmember (2002), however, catapulted him into stardom. His television roles include spots on Two and Half Men, and Scrubs. Notably, he portrayed Griphook the Goblin in Harry Potter and the Sorcerer’s Stone (2001). His latest film, Legend is yet-to-be-released. Troyer will be available all ACCC weekend long to greet fans and sign autographs. 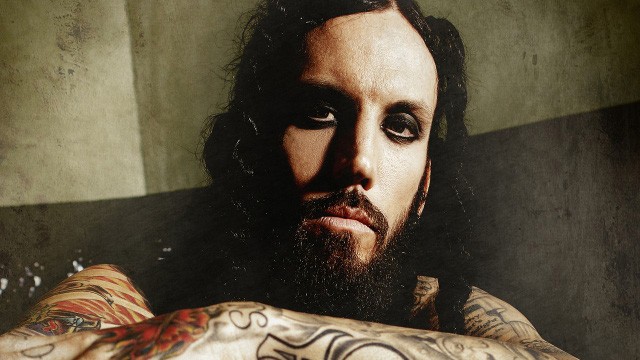 Korn blasted through many high school metal fans’ CD players during the early and mid-90’s. Yet, when Welch converted to Christianity, he left band in 2005. After a ten-year feud with his former band mates, the group has reunited and released their new album The Paradigm Shift. Fans with money to burn can pay tribute to this epic guitarist through the Brain “Head” Welch VIP Package. Don’t worry if you don’t have the money; you can find him at the 99.5 KISS booth during the convention.

In the past, Michael Biehn has taken on aliens in Aliens (1986), Schwarzenegger in the Terminator (1984), and portrayed Johnny Ringo in Tombstone (1993). When he is not in front of the camera, he is running a production company with his wife Jennifer Blanc-Biehn. Their latest project, Hidden in the Woods (2014), is a remake of the horror genre foreign film En las Afueras de la Ciudad (2012). Biehn is part of ACCC’s 80’s VIP Experience.

Ming Chen, Bryan Johnson, and Michael Zapcic are the nerds that run Kevin Smith’s iconic comic shop Jay and Silent Bob’s Secret Stash. The show concentrates on the secret, or not so secret, life of running a comic shop. The hit show goes into its fourth season this October on AMC, but you can catch the trio at ACCC.

Koenig has enjoyed double the success when it comes to roles in science fiction television series. He portrayed Pavel Andreievich Chekov on the groundbreaking television series Star Trek and the subsequent six movies. On the beloved science fiction show Babylon 5, he played the villainous Psi-Cop Alfred Bester. On top of that, Koenig some comic book nerd credibility. He penned a few comic books for the long defunct Malibu Press. 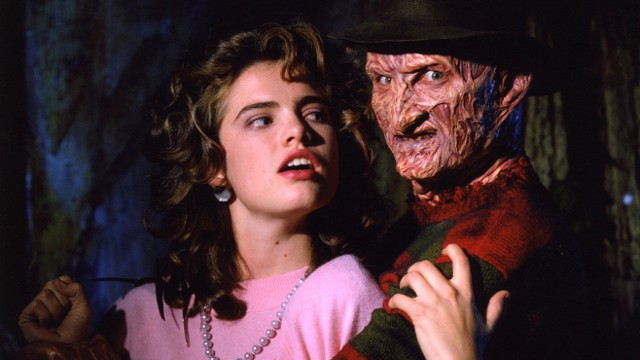 Teenager Nancy Thompson (Heather Langenkamp) has her work cut out for her when a Freddy Krueger (Robert England) invades her friends’ dreams, including Tina Gray’s (Amanda Wyss), and kills them in Nightmare on Elm Street (1984). Thompson eventually subdues Krueger, and the trio becomes movie horror icons. Over the years, England has reprised his role as Freddy Krueger in the numerous sequels and spin-offs. Wyss has been in several productions, including CSI: Crime Scene Investigation. In addition to acting, Langenkamp has done Hollywood special effects make-up for the past ten years at AFX Studio.