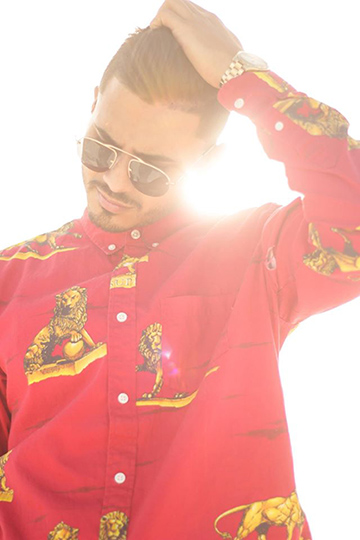 Billed as a celebration of the future of urban Latin music, Cultura Dura is an eight-city tour presented by Brooklyn’s Remezcla and Mike’s Harder Lemonade. The San Anto incarnation of the tour will feature Austin’s shape-shifting Latin-fusion/EDM tribe Peligrosa and the bilingual, salsa- and cumbia-sampling hip-hop stylists Third Root (SA) and Álvaro Díaz (ATX). Whether you’re into thoughtful lyricists spitting fire at “the man” or you’re just looking to dance all night, Cultura Dura’s got you covered. The strictly 21-and-up event is free with your RSVP at the website listed below. Free, 10pm Thu, The Korova, 107 E Martin, (210) 995-7229, remezcla.com/culturadura. 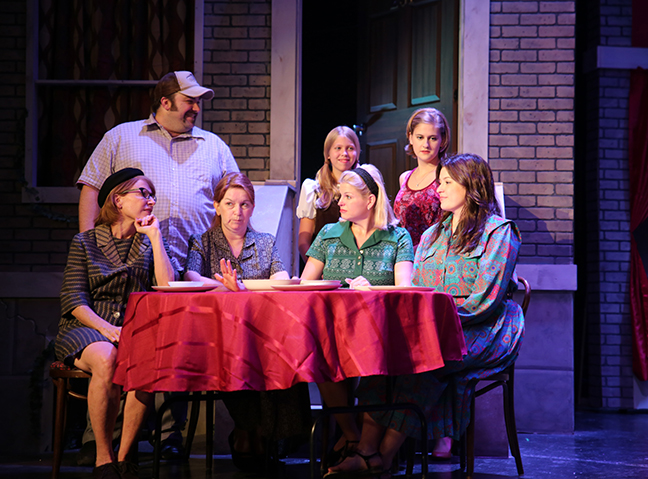 James Wesley dumps family secrets out on the table in his comic drama Unbroken Circle. Set in 1970 Galveston, it follows a family as they grapple with the patriarch’s death and mysteries he left behind. The play stems from Wesley’s own life. As a boy, he felt haunted by the eyes in a family photograph; these eyes ultimately led him to uncover secrets that inspired a script The New York Times says, “makes all the right moves.” Greg Hinojosa directs the Woodlawn’s production. A talkback with the playwright and his daughter follows the opening night performance. $15-$23, 7:30pm Thu-Sat, 3pm Sun, Woodlawn Theatre, 1920 Fredericksburg, (210) 267-8388, woodlawntheatre.org. —Murphi Cook 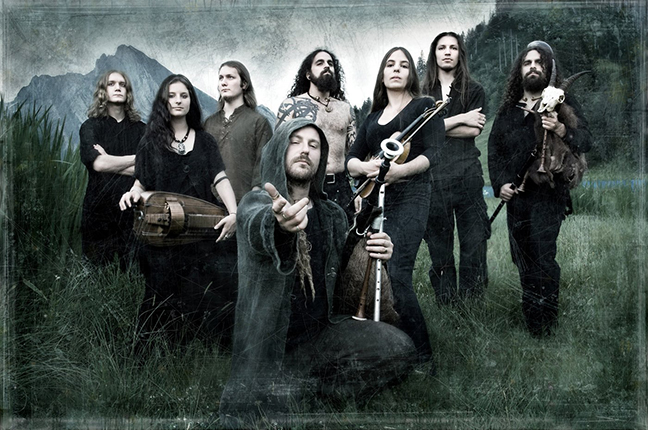 On first listen, the two most recent singles released by folksy Swiss metallurgists Eluveitie seem to come from two bands that wouldn’t even tour together. “The Call of the Mountains” sounds as if the Corrs (remember them?) came back with badass tattoos and “King” is heavier-than-thou doom-gaze, at least till the bagpipes kick in. In the context of the album, they’re part of a larger song cycle incorporating Celtic mythology and traditional instruments (like violins, the hurdy gurdy and uilleann pipes) into metal heavy enough to befit a band with a name taken from ancient Etruscan graffiti. In  other words, it’s the sound of the sweet spot in an insanely specific Venn Diagram being  struck with laser­point precision. $15-$17, 8pm Fri, Tequila Rock Bar, 1305 E Houston, backstagelivesa.com. —Jeremy Martin 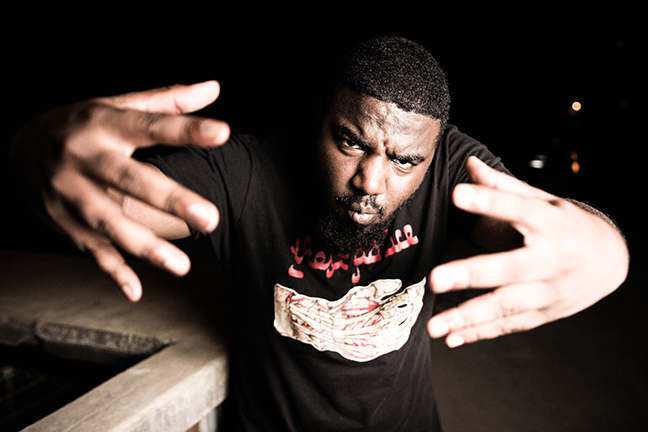 Mr. Composition has quickly proven to be one of San Antonio’s most prolific and exciting young voices. Recently, his album Graffiti the Mind showcased the man’s ability to choose beats that fit his delivery style(s), to tackle an astonishing array of personal and societal issues creatively and honestly, and to create songs that feel like complete artistic products and not just strung-together verses. Joining Mr. Composition at this show, which will help him raise funds for an upcoming tour in Germany, are local rap jesters Dead the Poets and ATX folk/blues crooner Jackie Venson, among others. $5, 8pm Fri, Fitzgerald’s Bar, 437 McCarty, (210) 629-5141, fitzgeraldsbar.com. 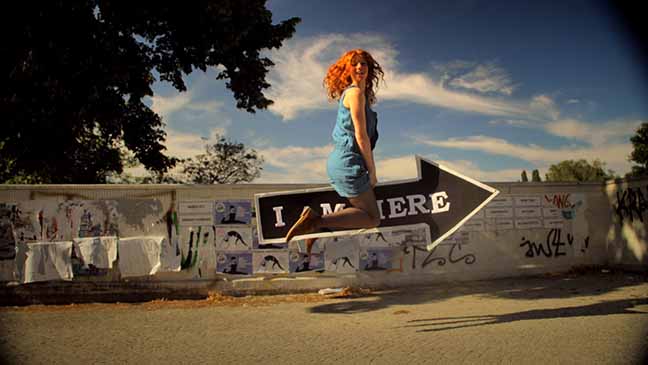 Founded by Nicholas Mason in 1998, the Manhattan Short Film Festival has grown from a humble presentation screened on the side of a truck to a far-reaching global affair encompassing upwards of 250 cinemas spread across six continents. With alums who have gone on to earn Oscar nods, Manhattan Short is now billed as a “breeding ground for the next big thing in film.” An interactive draw for opinionated cinephiles, the top awards (Best Film and Best Actor) are determined by audience votes collected at screenings around the world. Narrowed down from 589 entries representing 47 countries and ranging in length from eight to 17 minutes, the fest’s 17th annual program comprises Ben Brand’s 97% (Netherlands), Alix Lambert and Sam Chou’s Crime: The Animated Series (U.S.), Elena Fuller’s On the Bridge (UK), James Croke’s Shift (Australia), Andreas Thaulow’s The Fall (Norway), Thierry Lorenzi’s On/Off (France), Josh Soskin’s La Carnada (Mexico), Bexie Bush’s Mend and Make Do (UK), Monn Molson’s The Bravest, The Boldest (U.S.) and Erik Schmitt’s Rhino Full Throttle (Germany). $5-$10, 8pm Fri-Sat, URBAN-15 Studios, 2500 S Presa, (210) 736-1500, manhattanshort.com. —Bryan Rindfuss 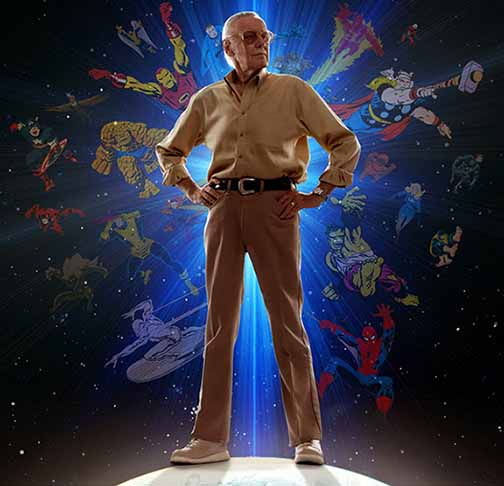 Credit the horde of Marvel blockbusters that have hit the theaters in recent years or the fostering of online communities amongst fanboys and girls to the fact that yesterday’s computer dweeb is today’s Apple CEO, and the phrase “geek culture” is no longer synonymous with “subculture.” Now, nerding out is the new normal. Making an impressive effort to feed into the widespread popularity of the comic-book and pop-culture world is the Alamo City Comic Con, a local annual convention celebrating a host of “geeky” interests for everything from the latest video games to fantasy TV series to old-school ’80s nostalgia. In only its second year, ACCC is proving to be a serious player. ... This year, ACCC welcomes a slate full of celebrities from every corner of the entertainment industry—movies, TV, comic books, cosplay, sports and beyond. $10-$75, 11am-8pm Fri, 10am-8pm Sat, 11am-6pm Sun, Henry B. Gonzalez Convention Center, 200 E Market, alamacitycomiccon.com. —Kiko Martínez 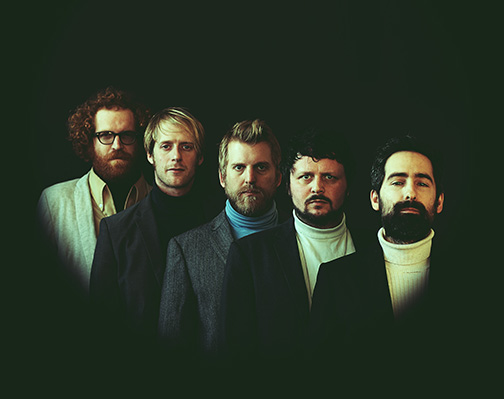 A can of Rocky Mountain whoop-ass? No, it’s not the new Molson/Coors branding campaign. Rather, that’s the genre Blitzen Trapper likes to call home—and for good reason, too. In their protean, seven-album career, the Portlanders have touched on prog and classic rock, indie folk and steel-pedal drawls, refusing to let their aesthetic sit for much longer than a year. But no matter what Blitzen Trapper touches on, the quintet is sure to do it with grace and precision, layering subtle touches or stadium guitar licks under the rasp of singer Eric Earley. With bicoastal outfit Cassoria and SA’s own Demitasse. $12, 8:30pm Fri, 502 Bar, 502 Embassy Oaks, (210) 257-8125, 502bar.com. —Matt Stieb 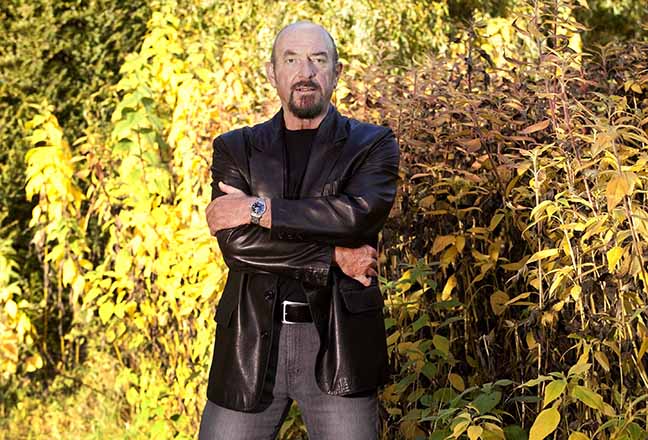 Jethro Tull frontman Ian Anderson’s response to critics describing 1971’s Aqualung as a prog-rock concept album? 1972’s “Thick as a Brick”—a 43-minute song with lyrics echoing Blake and Chaucer but supposedly penned by eight-year-old Gerald Bostock. Although Anderson says he  intended the whole thing as a parody of prog­rock, it's hard to tell who's joking in a genre  including Tarkus and King Arthur on Ice. In 2012, Anderson released a sequel to Thick, positing possible futures for Bostock. Will he become an evangelical preacher, gay homeless man, investment banker? We may never get him, but it sure is fun to try. $42.50-$84.50, 8pm Sat, Tobin Center for the Performing Arts, 100 Auditorium Circle, (210) 223-8624, tobincenter.org. —JM 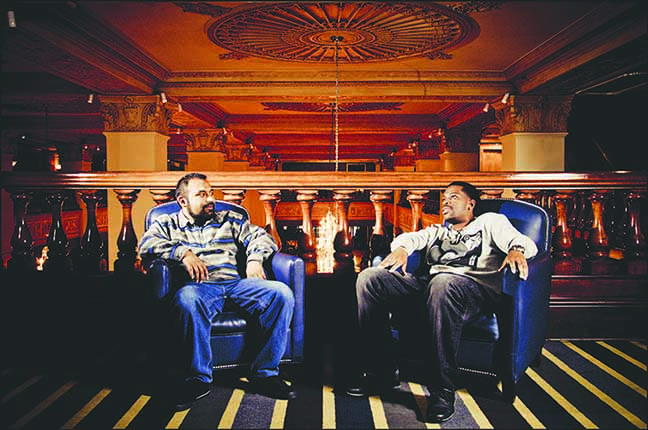 In preparation for the 2014 San Antonio Music Awards announced in next week’s issue, the Current and SATX Music have staged an ambitious and badass evening of music scattered throughout the city. At 10 stages, we’ve booked over 40 acts to play, congregated by venue according to genre. Here is a guide to three of the exciting bills this Saturday: Hi-Tones (621 E Dewey) will host electronic acts (Calico Club, Pink Leche, Teal Feel, PBLC and Lizarazo), Bottom Bracket Social Club (1603 N Colorado) will focus on the sounds of SA’s best hip-hop artists (Lajit, Third Root, Chisme, Question and DJ Gibb) and Brick (108 Blue Star) will groove to Latin/Fusion music by Boca Negra, Los de esta Noche and Bombasta. For the full lineup, venue list and to purchase advance wristbands, visit  sanantoniomusicawards.com. $5 for all-access wrist band, 9pm Sat, sanantoniomusicawards.com. 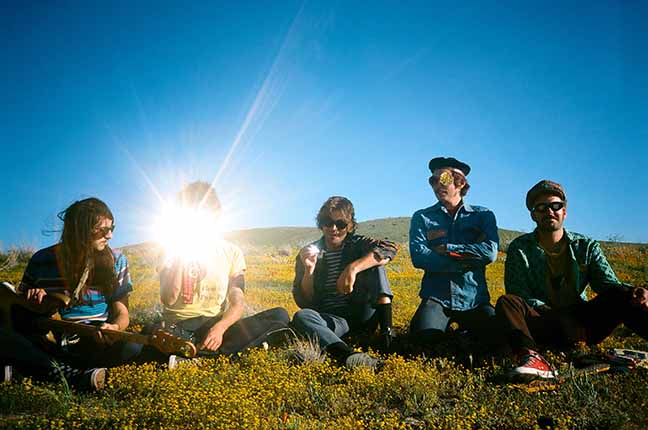 On “Good Advice,” Orange County’s The Growlers shun the life lessons thrown their way: “There’s nothing as depressing as good advice/ Nobody wants to hear how to live their life.” With previous singles like “Uncle Sam’s a Dick” and "Drinking Song for Kids,” this seaside, adolescent stasis is a defining undercurrent in the quintet’s self-described “beach Goth.” And that’s just fine with us. The first single from the Growlers impending Chinese Fountain, “Good Advice” purrs over honky-tonk organ, tight guitar changes and muddy, Misfits takes on Shangri-La bass lines. With the Garden, Lonely Horse. $12-$15, 8pm Sun, 502 Bar, 502 Embassy Oaks, (210) 257-8125, 502bar.com.