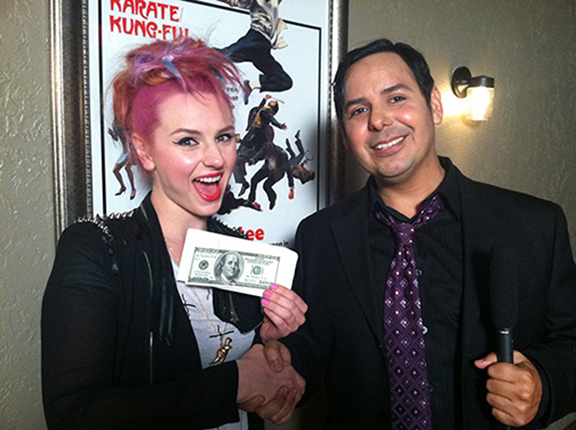 Though The Gong Show wasn’t claimed as a primary influence on SA’s Gong Shorts, the NBC program surely is an unruly ancestor of this weekend’s mini film festival. From 1976 to 1978, NBC ran this absurd showcase of non-talent, with B-list celebrities judging campy acts, nixing rough ones with a monstrous gong and granting a useless prize to the winner at show’s end. The midpoint between America’s Got Talent and Tim and Eric, it was just dumb enough to catch daytime audiences cruising channels between soaps. “I definitely relate the idea to The Gong Show,” says Gong Shorts developer Kimberly Suta. “I grew up watching that.” The Gong Shorts owes its direct inspiration to a similar contest in Arizona, despite the homage in name and percussive instrument to the ’70s farce...Though the gong could be a traumatic tone for some filmmakers, Suta considers the festival as a resource for student and amateur aueters. “It’s a good way to figure out, ‘well, maybe my film isn’t grasping audience attention,’” Suta claims. “We always offer that people can rework their films and reenter them.” $10, 6pm Wed, Alamo Drafthouse Park North, 618 NW Loop 410, (210) 667-8500, facebook.com/gongshorts. —Matt Stieb 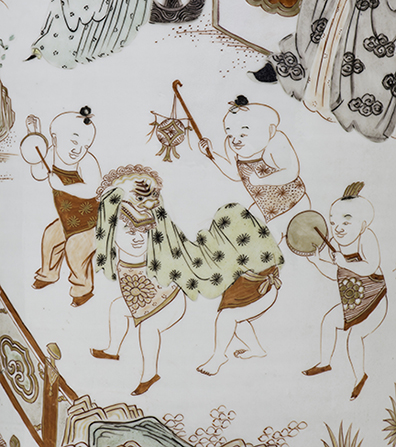 Highlighting the San Antonio Museum of Art’s collection of Chinese ceramics and the discerning taste of collector Walter F. Brown, “Legacy of Beauty” features 45 of the 700-plus works Brown and his wife Lenora gifted the museum. Billed as “a journey through 2,000 years of Chinese ceramics,” the exhibition comprises pieces from the Han, Tang, Liao, Ming and Qing dynasties. Adding a layer of intrigue, the patterns and scenes adorning vessels from Imperial China are often imbued with symbolic wishes and rebuses riddled with homonyms. $5-$10, 10am-9pm Fri-Sat, 10am-6pm Sun, 10am-9pm Tue, San Antonio Museum of Art, 200 W Jones, (210) 978-8100, samuseum.org. —Bryan Rindfuss 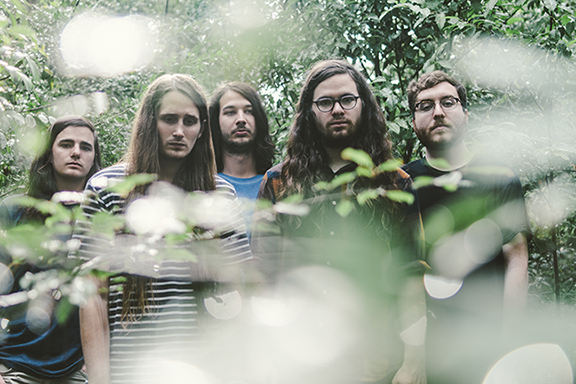 Roadkill Ghost Choir’s website describes their music as “Tom Petty by way of Radiohead and Cormac McCarthy” and—for their somber, folky, alternative, Southern Gothic flair—that bloated description isn’t too far off. The Florida quintet’s debut LP, In Tongues, was released on August 19 and stands as a testament to the band’s sonic vision. Pronounced and rolling percussion, steel guitar, spacey noise and the singularly pretty, wiry voice of lead singer/songwriter Andrew Shepard, along with his dark and symbolically suggestive lyrics, make Roadkill Ghost Choir a band to be excited about. $5-$10, 8pm, 502 Bar, 502 Embassy Oaks, (210) 257-8125, 502bar.com. —James Courtney 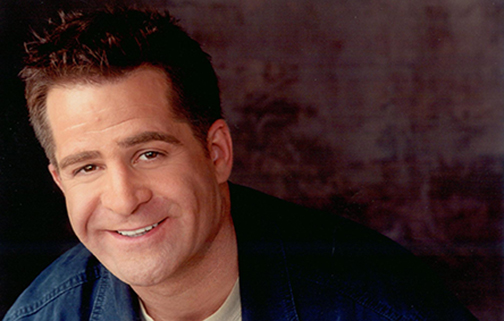 Before publicly coming out of the closet in 2012, Todd Glass did standup for more than three decades, including two seasons as a contestant on Last Comic Standing. Since then, minus a few throw-away references to a nonexistent girlfriend, his schtick—enlightened ranting and good-natured weirdness (“Ever see a puppy so cute you just want to bite it?”)—has basically remained the same. With the publication of his first book The Todd Glass Situation in June, however, Glass leads us deep into previously unmapped comedic territory—his actual life. $18.50, 8pm & 10:15pm Fri-Sat, 8pm Sun, Laugh Out Loud Comedy Club, 618 NW Loop 410, (210) 541-8805, lolsanantonio.com. —Jeremy Martin

The Wizard of Oz 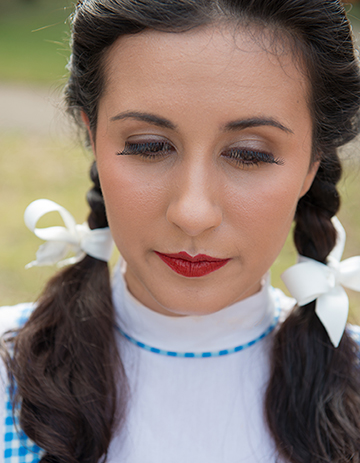 The Playhouse’s own Asia Ciaravino goes green as the Wicked Witch in the classic musical The Wizard of Oz. Elise Lopez directs this story of young Dorothy (Kayla Brodnicki) and her adventures in a mysterious land where the roads are yellow and monkeys fly. Drawing from the original 1939 film and its songs, John Kane adapted the musical in 1987 for the Royal Shakespeare Company. In keeping with the original motion picture, this local production promises to takes viewers through the magical and colorful Land of Oz and remind them “there’s no place like home.” $12-$30, 8pm Fri-Sat, 3pm Sun, The Playhouse, 800 W Ashby, (210) 733-7258, theplayhousesa.org. –Ainsley Caffrey 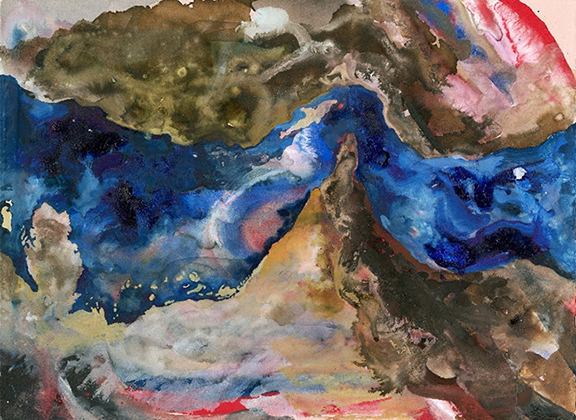 While still studying at the National College of Arts in Lahore, Pakistani-born Shahzia Sikander won the Haji Sharif award for The Scroll (1989-90), a five-foot work that infused personal narratives and modern concepts into the tradition-steeped realm of Indo-Persian miniature painting. While her muralesque thesis and following works helped spark a new wave of artists reclaiming and remixing a rigid cultural tradition, Sikander continually surprises with projects that run the gamut from lifelike drawings to text-based compositions and videos fusing abstract and figurative elements. Working with animation since her 2001 Artpace residency, Sikander drew inspiration from “the history of maritime trade and colonial occupation in the Strait of Hormuz” for her three-channel video Parallax. Layering drawing, painting, poetry, topographical maps, “singing spheres” and a soundtrack crafted by Chinese composer/performance artist Du Yun, Parallax makes its national debut at the Linda Pace Foundation’s SPACE gallery. Free, 6-9pm (artist talk with Sikander at 6:30pm), SPACE, 111 Camp, (210) 227-8400, lindapacefoundation.org. —Bryan Rindfuss 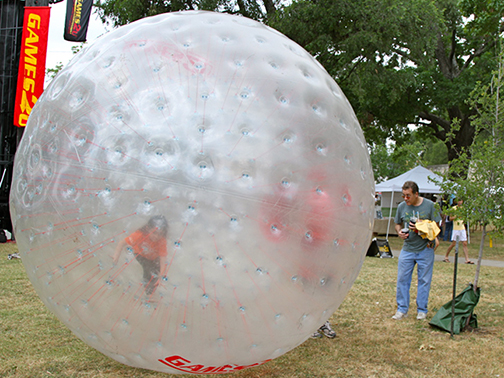 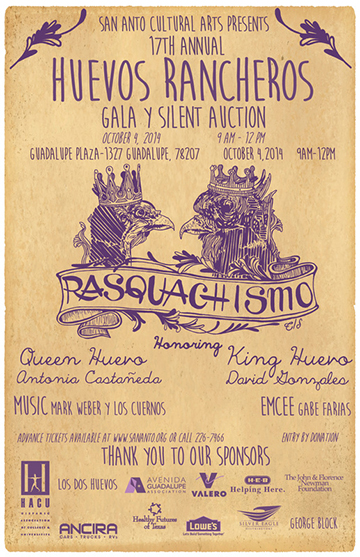 Westside nonprofit San Anto Cultural Arts serves up huevos rancheros with a side of rasquache at this 17th annual fundraiser. This year’s theme (Rasquachismo) celebrates art that creates the most meaning from basic materials; fitting for an organization that uses art as a tool for community empowerment. The kid-friendly day features an exhibit and silent art auction, live music from Henry Zimmerle, huevos rancheros from True Flavors and the crowning of 2014 King Huevo David Gonzales and Queen Huevo Antonia Castañeda based on their impact on “the cultural and artistic vibrancy of our community.” $5-$45, 9am-noon, Guadalupe Plaza, 1327 Guadalupe, (210) 226-7466, sananto.org. —Murphi Cook 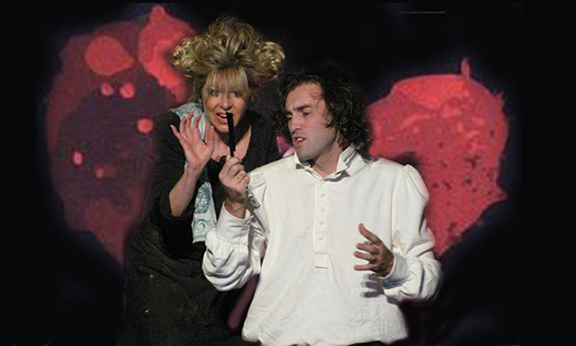 The Demon Barber of Fleet Street folds vengeance and murder into the buttery crusts of his landlady’s meat pies in Sweeney Todd. Sondheim’s musical thriller follows Benjamin Barker as he exacts revenge against the judge that destroyed his life. Unforgettable villains run amok in this tragic yet comedic spectacle that showcases the deep divides in 19th-century London society as it begs the question: Just how far can man go to get what he wants? Sondheim’s inventive score has helped spark adaptations since its 1979 premiere, including the 2007 Tim Burton film starring Johnny Depp. $15-$33, 7:30pm Sat, 4pm Sun, Cameo Theatre, 23 E Commerce, (210) 212-5454, cameocenter.com. —Murphi Cook 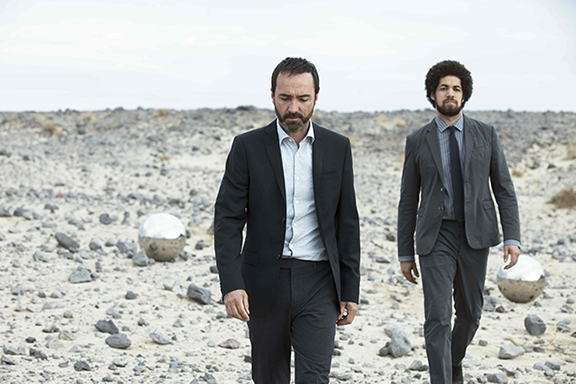 Nobody quite knew what to think when, in 2009, James Mercer, beloved of the Shins’ fame, announced that he would be collaborating with producer Danger Mouse (born Brian Burton). However, time and two gorgeous albums have proved this a uniquely fruitful pairing. Far from destroying the palette that Mercer used so effectively with the Shins, Broken Bells has freed Mercer to hone his knack for penetrating melody and explore sonic worlds that would have seemed a bit out of place within the context of the Shins’ bright sound. This Sunday, catch Broken Bells live in the intimate setting of the Aztec. $36, 7:00pm, Aztec Theatre, 104 N St. Marys, (210) 812-4355, theaztectheatre.com. —James Courtney