Halloween Movies to See in SA This October

Outdoor movie provider Slab Cinema will be screening several creepy flicks around the city this month. Creature from the Black Lagoon will play on the lawn at the McNay at 6:30pm on Thursday, October 30, with a wine reception preceding the event at 6pm. On the same night, the 1931 Spanish version of Dracula (starring Carlos Villarías, not Bela Lugosi) will be shown at Mission Drive-In. Full details on the showing have not yet been released, so check back later for the film’s showtime. Slab Cinema will close out their Halloween screenings with Frankenstein on Friday, October 31  at Travis Park. The movie will start at 8pm, but get there early for some pre-show entertainment at 7pm.

While Slab Cinema is offering up some creepy cinematic gold, Alamo Drafthouse is especially determined not to disappoint Halloweenies with their movie line-up this October. As far as horror movies go, Halloween III: Season of the Witch (the one film in the franchise that doesn’t include Michael Myers, but does have some pretty gnarly pumpkin masks in it) will play at Alamo’s Stone Oak location on October 13 at 7pm, and at Westlakes on the October 16 at 7pm. George A. Romero’s Creepshow has features on Sunday, October 19 Stone Oak, Monday, October 20 at Westlakes, and at Park North on Tuesday, October 22, all at 7pm. The Westlakes location will also be hosting San Antonio’s first ever “Dismember the Alamo” horror movie marathon on Saturday, October 25, starting at 5pm. Westlakes has not divulged their list of movies for the marathon yet, and the anticipation is killing me.

Shaun of the Dead 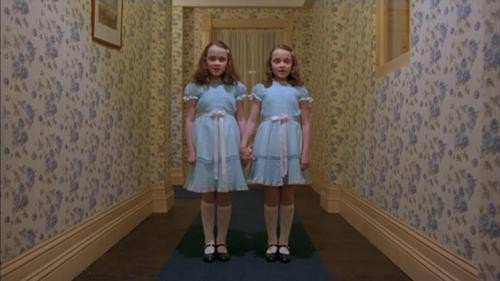