"Either or, Or Both" 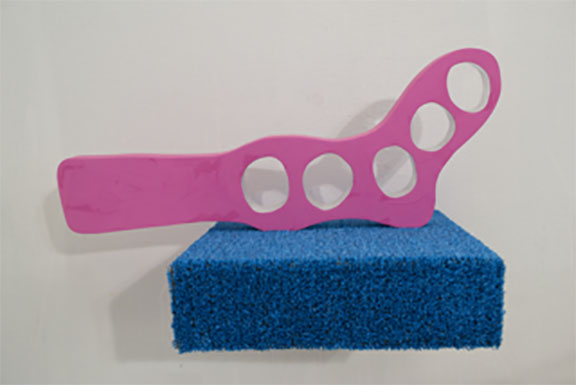 Just as we were wondering what to get the artist-couple that’s already got everything from clear Plexiglass birdhouses to expertly upholstered basketball backboards, Olmos Park gallerist Patricia Ruiz-Healy steps up to the plate with “Either or, Or Both,” an exhibition pairing multi-tasking SA-based duo Nate Cassie and Ethel Shipton. Both newcomers to Ruiz-Healy Art’s increasingly eclectic roster (which champions Latin American, Spanish and “Texas-connected” artists, including late local legend Chuck Ramirez), Jersey boy Cassie and Laredo gal Shipton routinely collaborate on spontaneous Vacancy Projects—one-time-only art happenings that take over unassuming spaces with themed exhibits—but have never shown together in such an exclusive format. If the invite depicting the couple not quite grasping the principles of the telephone game (both are either talking or listening at the same time) is any indication, this collaboration adds miscommunication to a curious palette of intersecting themes (number theory, cyclical systems, road signs and points unknown) that have so far played out via sculpture, painting, drawing, photography, text and installation. Free, 6-8pm Thu, Ruiz-Healy Art, 201 E Olmos, (210) 804-2219, ruizhealyart.com. —Bryan Rindfuss 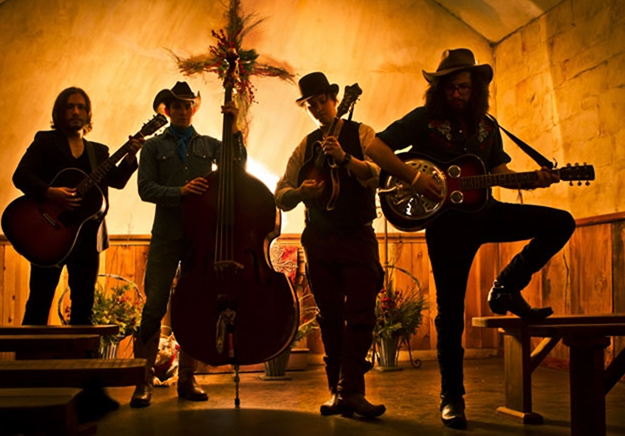 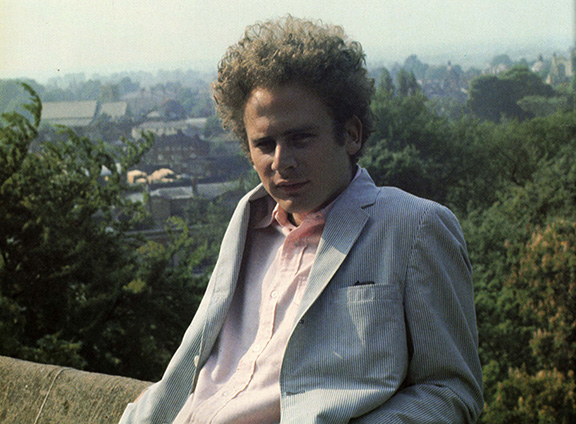 If it weren’t for the keen ear of record producer Tom Wilson, Paul Simon and Art Garfunkel may still be toiling away in NYC bohemia/poverty into their 70s. After Simon and Garfunkel’s ’64 debut Wednesday Morning, 3 A.M., the pair split, distraught by the commercial tanking of their first work. But as “Sound of Silence” gained college radio footing, Wilson dubbed the tune with the backing of Bob Dylan’s “Like a Rolling Stone” band, shooting the single to the top of the charts. Without that defibrillator jolt to the duo’s career, pop culture may never have been the same—what other song could stand in for melodramatic pan-ins on an actor’s face (see Arrested Development, season four)? For his two evenings at the Tobin, Garfunkel will pull from his iconic ’60s material with Paul Simon and his solo stuff, with prose and a Q&A session as an additional treat. $80-$100, 7:30pm Fri-Sat, Tobin Center for the Performing Arts, 100 Auditorium, (210) 223-8624, tobincenter.org. —Matt Stieb

Blame It On Valentine, Texas 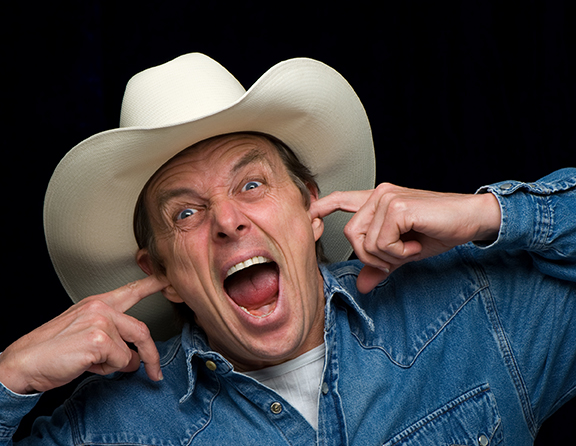 Four-year-old Jaston Williams wanted to be Fred Astaire, but he got stuck taking ballet classes instead. This is just the beginning of a series of autobiographical vignettes in Williams’ one-man show, Blame it on Valentine, Texas. Deemed “one of Texas’ best storytellers,” Williams expertly weaves the comic with the tender as he plays every character. You may recognize Williams for his Greater Tuna fame—his collaboration about a fictional small town in Texas has been performed across the country and in just about every theater in Texas since 1981. $25, 8pm Wed-Sat, 3pm Sun, Classic Theatre of San Antonio, 1924 Fredericksburg, (210) 589-8450, classictheatre.org. —Murphi Cook 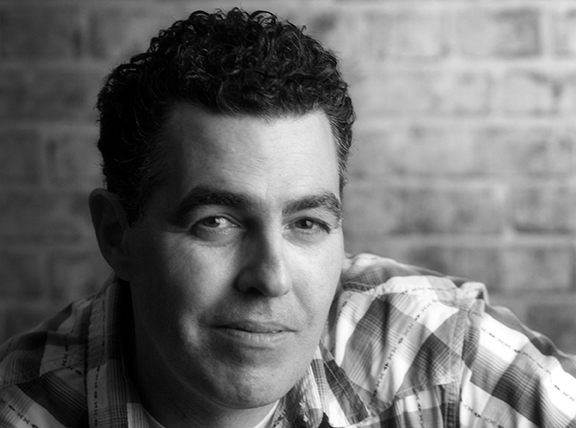 Comedian Adam Carolla is a busy man. When he’s not making movies and reality TV shows or writing books or hosting the most downloaded podcast in the world, he enjoys interacting with loyal fans. He’ll be in town October 10 for a live podcast. Before the show, Carolla will visit Spec’s (11751 Bandera Road) at 6 p.m. to sign bottles of Mangria, his new wine cocktail (carolladrinks.com). He caught up with the Current via phone from his studio in Glendale, California last week. Click here to read the full Q&A. $34.50-$49.50, 8pm Fri, Charline McCombs Empire Theatre, 226 N St. Mary's, (210) 226-3333, majesticempire.com. —Kiko Martínez 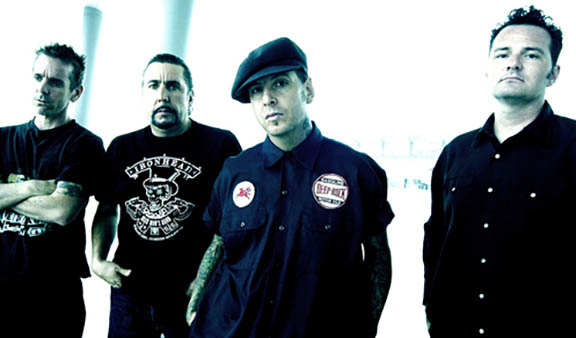 No punk rock retrospective is complete without giving proper due to blue-collar punk pioneers Social Distortion. Lead singer and only remaining original member Mike Ness has spent the last few decades turning rockabilly guitar riffs into pool-hall anthems of nostalgia and heartbreak. He has overcome addiction and the tragic loss of founding guitarist Dennis Danell to build one of the most iconic discographies in rock 'n' roll history. Ness and co. will bring their brand of working-class punk rock to Backstage Live, digging into their repertoire of outlaw love songs to show why after over 30 years, the band is still going strong.  Social Distortion guitarist Jonny Two Bags and San Francisco rockers The Stone Foxes will provide support. $31-$35, 7pm Fri, Backstage Live, 1305 E Houston, backstagelivesa.com. —Erik Casarez

End of the Rainbow 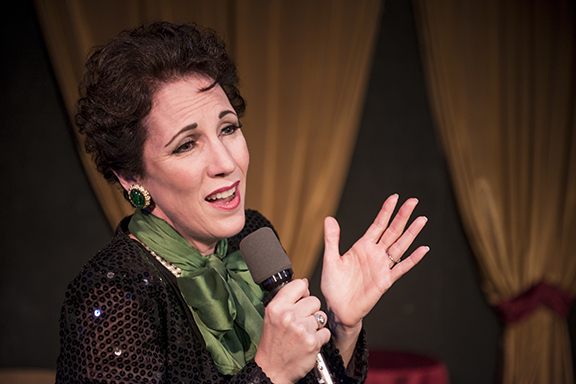 For Judy Garland, home was never a sweet Kansas farm and a pup named Toto. Instead, home was a frantic MGM studio lot with barbiturates in one hand and a script in the other. Set in 1968, Peter Quilter’s End of the Rainbow explores the toll fame took on the starlet’s life. Featuring Garland’s celebrated songs with her signature wit sprinkled throughout, this script ventures beyond the typical backstage gossip of capped teeth and nose plates. The New York Times called the play “revealing in a way that tell-all bio-drama seldom is.” Tim Hedgepeth directs the Playhouse’s production. $12-$30, 8pm Fri-Sat, 3pm Sun, The Playhouse, 800 W Ashby, (210) 733-7258, theplayhousesa.org. —MC 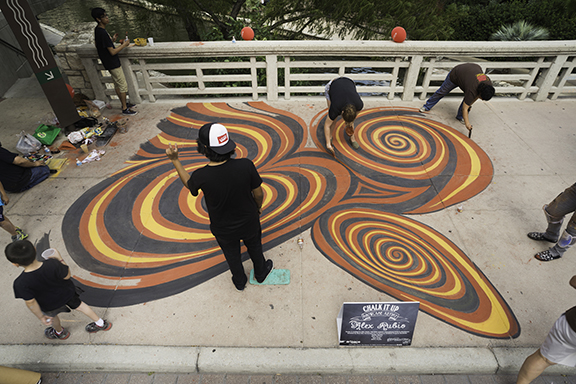 While Artpace delights and challenges art fans throughout the year with site-specific projects staged by visiting artists and Tex-centric exhibitions in its Hudson (Show)Room, late founder Linda Pace’s “laboratory of dreams” spills youthful energy and creative vibes into the heart of Downtown each October via Chalk It Up. Beyond its beloved kid-focused temporary murals, the 11th annual event also functions as a “street-level gallery of chalk masterpieces” showcasing the talents of 20 local artists, including Fernando Andrade, Katherine Brown, Turtle Cruz, Raul Gonzalez, Alexis Souza and Louis Vega Treviño. Free, 10am-4pm Sat, Houston between Jefferson and N Main,

Peace in the Plaza 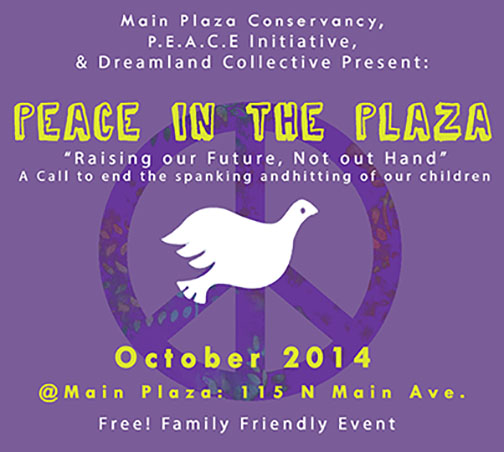 Presented by the P.E.A.C.E. Initiative, Main Plaza Conservancy and Dreamland Collective, this family-centric event focuses around a call to end the spanking and hitting of children. The catchphrase of the day will be “Raising our future, not our hand,” as attendees engage with live music (from Blend Phonetics, George Garza, Aliens with Halos and Jeannette Muniz), guest speakers and art installations—all with the purpose of raising awareness about child abuse and its lasting effects on individuals and communities. Promoters of the free event encourage families and concerned citizens alike to join them in their emphatic and empathetic call. Free, 11am-5pm Sat, Main Plaza, 115 N Main, mainplaza.org. —JC 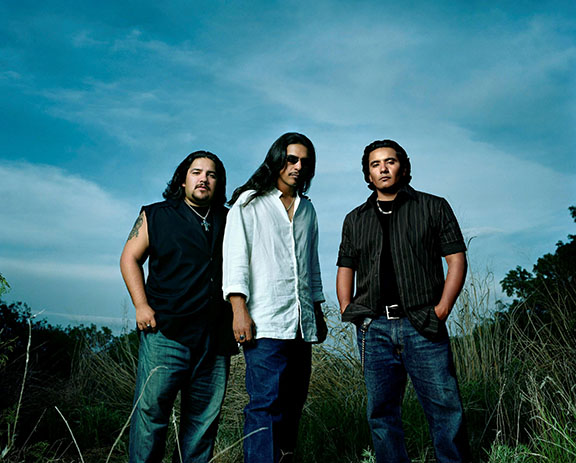 Ever wish you could do something good for your city while enjoying live music in a natural, picturesque setting? Well, you’re in luck! Set in the gorgeous paradise that is the San Antonio Botanical Garden, Gardens by Moonlight is an annual fundraiser that features some stellar local and national talent. This year’s incarnation is one of the finest yet, with Tex-Mex rockers Los Lonely Boys (above) leading the charge. You’ll also want to catch local alt-country outfit Bekah Kelso and The Fellas, Dixieland blues growler D.T. Buffkin and award-winning local jazz act Royal Punisher. $15-$20, 6pm, San Antonio Botanical Garden, 555 Funston, (210) 207-3250, gardensbymoonlight.com. —JC