Heroes and Fantasies is not just a comic book store. It’s a vibrant nerd hub. Almost every month, they hold events, whether it’s an artist signing, a trading card tournament, or a big nerdy festival.

On October 25, Heroes and Fantasies will host its Halloween Comic Fest—an all-ages, comic book bash. During the event, they will give out free comics, hold raffles, and have cosplayer photo ops. Blackjack Speed Shop will officially unveil their Tim Duncan/Punisher custom car replica, and Heroes and Fantasies will have its wildly popular variant cover issue of the Punisher on sale. The cover artist for the book, Mike Choi, will be there to meet fans. Stars from the movie "Zombie Reign," a horror flick being shot in San Antonio, will make an appearance too.

Heroes and Fantasies may very well be nerd central for San Antonio, but it didn't begin that way.

In 1987, Rich Conley opened his first shop under the moniker “Comics and Records United.” Located in the Ingram Square Shopping Center at the time, the small store sold mostly records and comics. Fortunately, business went well enough that, just two years later, he opened a second location off of Bitters Rd. In a strategic move, he expanded his stock to include games, posters, and some nerdy novelties. Soon, another store went up at North Star Mall, and Rich Conley adopted a new name: Heroes and Fantasies. At one point, he had eight locations in San Antonio.

Today, Heroes and Fantasies has two locations. Adam Conley, Rich Conley’s son, manages both stores and serves as the company’s Vice President. In fact, Adam Conley has never worked anywhere else. As a boy, he would go to the store after school, finish his homework, and help out the family business.

“I remember the days when we first opened. I was in the back on the weekend boarding comics and thinking it was the coolest thing in the world,” says Adam Conley.

Over time, he became more and more involved with the day-to-day operations out of his love for comics.

“On weekends, I preferred to be at the shop helping rather than hanging out with friends. It didn’t matter if I was on the schedule to work or not.”

Life inside a comic book shop may be fun, but it’s not always easy. In the mid-1990s, Adam Conley remembers seeing fewer and fewer people in the stores. Interest waned. As a result, Heroes and Fantasies sold some of their locations and closed down a few others. What kept Heroes and Fantasies in business, however, was their unique stock and supportive, loyal customers. 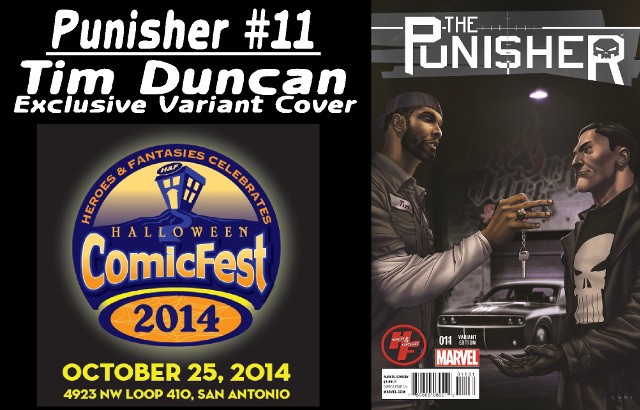 Heroes and Fantasies’ business model emphasizes diverse goods for diverse people. They have something for everybody: comics, toys, card games, board games, and novelty items. Additionally, they aim to make their store family-friendly. Moms, daughters, fathers, and sons are all welcome to shop and play.

Heroes and Fantasies’ 410 and Summit Pkwy location is a prime example of that model. In the 16,500 square foot store, they have plenty to offer San Antonians. When you enter the store, you will find Star Wars, Star Trek, Teenage Mutant Ninja Turtles, LEGO toys, and more lining an entire wall. Statuettes are displayed in enormous glass cases. Trinkets from anime (Japanese cartoon movies and shows) fill bins while novelty t-shirts hang above them. In a separate seating area, there are trading card games raging on with kids, teens, and adults alike playing and exchanging cards.

What does the future hold for Heroes and Fantasies? Without going into many details, Adam Conley says the company plans to release a smart phone app and possibly host officially sanctioned in-store Magic: The Gathering tournaments in the new year.