Before there was Americana, before there was Texas Country, Two Tons of Steel front man Kevin Geil and his original band Dead Crickets rocked a sound that blended the best of musical worlds and pushed the envelope of “Texas” sound with a signature brand of high-energy country meets raw punk. The San Antonio-based group packed the small bars and local hangouts and quickly became the Alamo City’s most-loved band, earning them a spot on the cover of Billboard magazine in 1996. $10, 8:30pm Monday, Sam Burger Joint, 330 E. Grayson, (210) 223-2830, samsburgerjoint.com

After dealing an existential blow to the Heat and signing back their entire roster, the Spurs have a lot to celebrate during the season-opening, pre-game bling ceremony. But don’t expect San Antonio to lose focus against the Mavs, the only team that took SA to seven games in the 2014 playoffs. While the Spurs’ lineup is almost identical to the playoff matchup, Dallas made some big moves, bringing back center Tyson Chandler, picking up former Spur Richard Jefferson and signing the budding threat of Chandler Parsons, though Vince Carter won’t be around to drop any icy three-point daggers. $165-$3,002, 7 p.m. Tuesday, AT&T Center, One AT&T Center, (210) 444-5000, ticketmaster.com 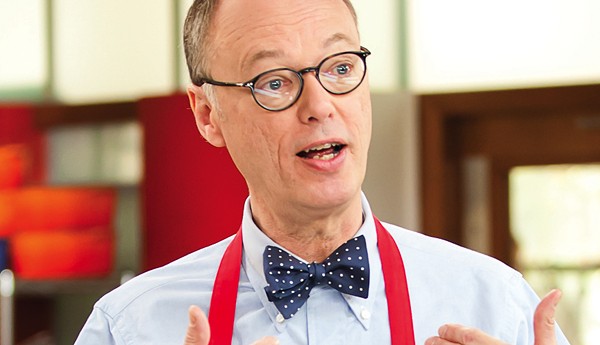 Join Christopher Kimball in an informative and lively evening exploring PBS's America’s Test Kitchen. The audience will get an insider’s view of the show and find out what it’s really like to work at and host one of the most popular food programs airing today. $26.50-$80, 8 p.m. Tuesday, Tobin Center for the Performing Arts, 115 Auditorium Circle, (210) 223-8624, tobincenter.org

Join your Action Pack hosts for a sing-along to "Suddenly Seymour," "Dentist," "Skid Row" and all of the other now classic songs from this masterpiece of a musical. The Alamo Drafthouse will have all sorts of great props for everyone, too, including a custom Smell-Along card you can inhale from every time Steve Martin’s dentist breathes in his gas, candy blood to eat whenever Seymour is feeding Audrey II, and more. $9.50, 7:30 p.m. Wednesday, Alamo Drafthouse Westlakes, 1255 S.W. Loop 410, (210) 677-8500, drafthouse.com

Thursday, October 30
Have No Fear of Art: Halloween at the McNay