As another holiday season approaches, video game fans are faced with the annual question of whether they should still care about "Call of Duty." Consumers know they will get a solid multiplayer game every year and a compelling, albeit cliché story mode, but with more competition in the first person shooter genre than ever, is "Call of Duty: Advanced Warfare" worth your time?

If you’re tired of the "Call of Duty" gameplay, then "Advanced Warfare" may not win you over. Sledge Hammer Games has added a significant amount of tools that change how you approach combat. Ultimately, franchise veterans will end up feeling like they may have played this game before, just without double jumping, grappling hooks, mech-suits, etc.

The new abilities given to the player help to alleviate the feeling of "been there, done that." Players can now pilot giant robots and use futuristic gear, like an invisibility cloak. It really livens up the corridor based gameplay that fans have come to expect from the franchise, especially during the last few campaign missions which end the story on a very high note with style.

Spacey’s voice acting, as expected, is superb, and his character model is frighteningly life-like. Since the player can actually associate the villain with a real-world actor, it gives the Irons character more depth than past "Call of Duty" villains.

The bulk of the player’s time will be spent in multiplayer, where your skills with the game’s futuristic items are truly tested. Multiplayer maps have a new, vertical layer to them since players can now jump to greater heights. No longer can you focus on who is around the next corner solely. Death reigns from above in "Advanced Warfare." Map design takes some getting used to, but once you get the hang of these locations you’ll agree that these are some of the best maps in recent "Call of Duty" history.

Unfortunately, "Call of Duty: Advanced Warfare" stumbles in some key areas. In multiplayer, the hit detection feels off (which may be fixed with an update in the weeks to come) and there is far too much spawn camping due to how the maps are laid out. Too often you'll get killed only to respawn in the middle of enemy gunfire. 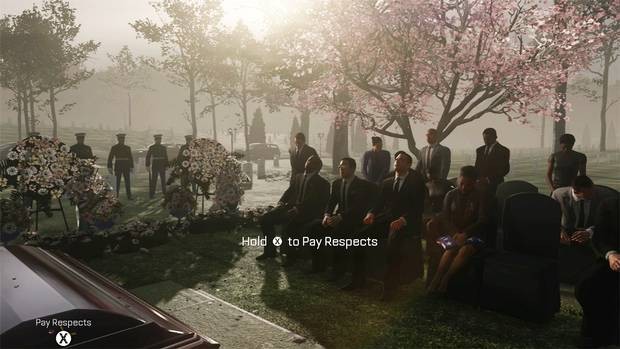 The co-op mode feels thrown in at the last second just so that Activision could say this year’s "Call of Duty" has it. Exo-Survival mode isn’t nearly as compelling as "Call of Duty: Ghosts’s Extinction" or the zombie mode in "Black Ops 2". You’ll be amused for an hour or so playing against increasingly difficult waves of enemies but Exo-Survival gets old fast without any real incentive to keep playing.

There is also one of the most questionable button prompts in video game history during the second mission of the campaign. The player is prompted to press X so that the main character, Mitchell, can pay his last respects to a fallen soldier. Why Sledge Hammer Games included this is something this player cannot understand as it is a laughable offense that breaks the player’s immersion with the story.

Visually, "Advanced Warfare" shines in some places while also looking fairly dated in others. Lighting and character models stand out and the overall art direction can be jaw dropping at times. Still, you’ll be faced with a wealth of bad environmental textures from time to time, reminding you that despite the game running at 1080p. Activision still has a ways to go in terms of revamping the series graphically for a new generation.

Enough advancements (pun not intended) are made to keep "Call of Duty" fresh for one more year. The futuristic technology given to the player opens up the standard gameplay and adds layers to a familiar formula. An engaging campaign, largely thanks to the inclusion of award-winning actor Kevin Spacey, keeps you on the edge of your seat with well thought-out set pieces brimming with destruction. Your interest in "Call of Duty" may be waning, and no one will blame you for that, but "Advanced Warfare" should be on your must-play list. Even if the franchise’s expiration date is looming, "Advanced Warfare" should be taken out for a spin.