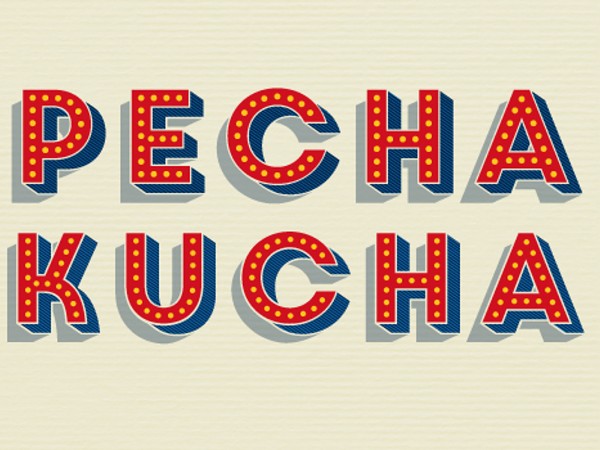 Few ever clamor to watch a PowerPoint presentation. Listening to someone drone on and on in front of a screen that displays uninspiring bullet points hardly makes for an engaging experience. But the slideshow format is the basis for series of events that continues to inspire and enlighten the audience.

PechaKucha is returns Tuesday, November 18 for its 16th installment in San Antonio. The concept is simple enough: thought leaders, innovators, creative minds and everyday people of San Antonio take the stage to share their passions, work and ideas. To ensure presenters don't bloviate and bore the audience, their speech must follow along a simple slideshow that displays 20 images for 20 seconds. The result is a quickfire series of talks that motivate the audience with engaging images and the succinct communication of stories and ideas.

The brainchild of two Tokyo-based architects, PechaKucha—Japanese for "chit-chat"—began in 2003. The informal gatherings have since spread to over 700 cities around the world. San Antonio held its first PechaKucha Night in 2011, a small gathering at Center for Architecture at Pearl. Guests, including architect Hilary Scruggs and artist Diana Kersey, among others, gave presentations on architecture, art and community. Since then, 14 more PechaKucha Nights have been held and the endeavor has steadily increased in popularity.

Tuesday's PechaKucha Night is at the Charline McCombs Empire Theatre. The line-up for the latest round of talks includes Chef Andrew Weissman, whose made an indelible mark on SA's culinary scene with restaurants such as  Le Rêve, Sandbar and The Luxury; and artist Ray Chavez, the man behind Cornyation, one of the most puro San Antonio Fiesta traditions. Also taking the stage is NBA Analyst Brent Barry, Rick Casey of KLRN's Texas Week , and Molly Cox, who will be remarking on what is perhaps our favorite topic: cheese.

There's a $5 donation for admission to the event, and tickets can be purchased ahead of time here. Past presentations can be found on the PechaKucha San Antonio website or YouTube channel.