Promote your mixtape at ReverbNation.com

Comprised of Erick Rincon, Sergio Zavala, and Alberto Presenda, Nuevo León-based DJ trio 3BallMTY (pronounced Tribal Monterrey) brings some culture to the stage with their Guaracha tribal music. They have won the Latin Grammy in 2012 for Best New Artist on the strength of chart-toppers like “Inténtalo." Performing with them is Los Rakas, a band from Oakland via Panama, who bring the best of bilingual rap, blending USA hip-hop with reggaeton and dancehall rhythms. Los Rakas’ unique style even got the duo a collab with Blondie on the band’s 2014 LP Blondie 4(0) Ever. $21, 7pm Fri, 210 Kapone’s, 1223 E Houston, (210) 422-6274, 210kapones.com.

Things are not what they seem at the Chateau Le Shadow, an English estate where strangers meet, mysteries occur and the stench of death lingers in the air. The Overtime Theater presents Murder at the Chateau Le Shadow, the newest play by Scott McDowell. This choose-your-own-adventure murder mystery allows the audience to take the reins in an experience where anything is possible, including four different endings on any given night. Consistently voted Best Theater Company in the Current’s Best of San Antonio readers’ poll, the OT has produced more than 50 shows, including six original musicals, in an effort to provide the Alamo City with “innovative and accessible entertainment at an affordable price.” Emily Fitzgerald directs the production. $10-$14, 8pm Fri-Sat, The Overtime Theater, 1203 Camden, (210) 557-7562, theovertimetheater.org. —Murphi Cook

Like the tamale-making gatherings that inspired it, Las Nuevas Tamaleras is a colorful yuletide tradition seasoned with plenty of local flavor. Penned by Brownsville native Alicia Mena in 1990 and first presented in San Antonio in 1993, the one-act comedy paints a comical portrait of three Latinas struggling to make their first ever batch of tamales with assistance from the spirits of veteran tamaleras Doña Mercedes and Doña Juanita. A must for diehard fans, Saturday’s Reception Night ($45) features dinner, drinks and live music by Conjunto Heritage Taller founder Rodolfo Lopez. $12-$45, 8pm Fri-Sat, 3pm Sun, Guadalupe Theater, 1301 Guadalupe, (210) 271-3151, tamaleras.com. —Bryan Rindfuss 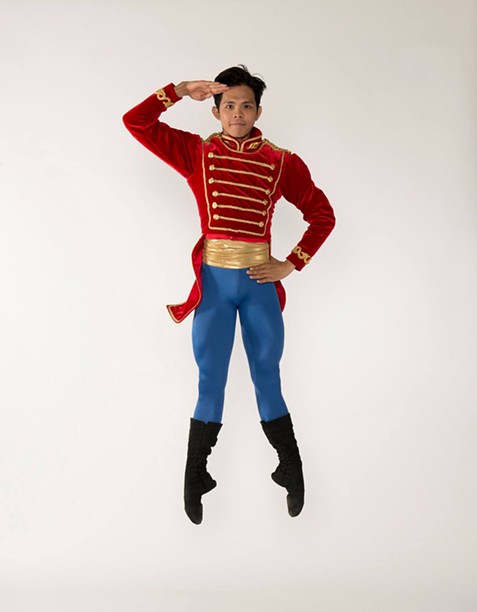 The San Antonio Symphony and Ballet San Antonio ring in holiday cheer with The Nutcracker’s debut at the Tobin. Adapted from E.T.A. Hoffmann’s story The Nutcracker and The Mouse King and scored by Russian composer Tchaikovsky, the two-act ballet follows the escapades of a young girl named Clara who receives an enchanted nutcracker on Christmas Eve. Choreographed by Gabriel Zertuche and starring professional dancers alongside 170 local children, SA’s own production of the wintertime classic promises to entrance audience members of all ages. $23.10-$115, 2pm & 7pm Fri-Sun, Tobin Center for the Performing Arts, 100 Auditorium Circle, (210) 223-8624, tobincenter.org. —Abby Mangel

La Reina del Acordeón, Eva Ybarra’s work exists on secret-spot taco-joint status: It’s so nice that we almost want to keep the word to ourselves to avoid undesired hype. From up-tempo stompers to slow, string-laced tragedies, Ybarra’s piquant conjunto appeals to newcomers and veterans of the genre. On “A Mi San Antonio,” Ybarra shares her love for the city, weaving through accordion runs. “I wouldn’t change my hometown for nothing, nada, not another beautiful town,” Ybarra told the Current earlier this year. And with brilliant shredding like hers, there’s no one we’d rather have. With D.T. Buffkin and DJ Rae D. Cabello. $5, 10pm Sat, Hi-Tones, 621 E Dewey, (210) 785-8777. —MS 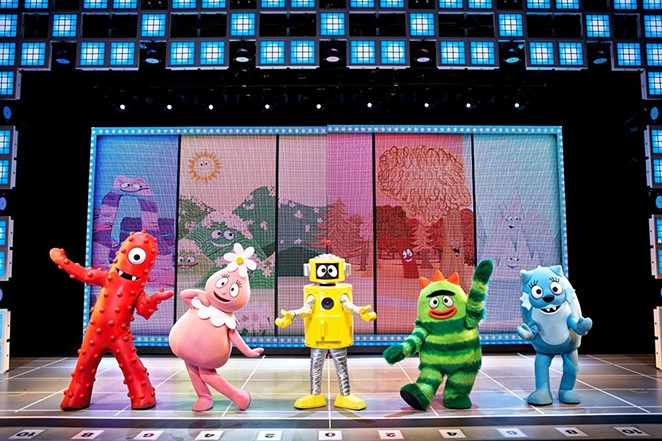 It’s time to grab the kids and yell “Yo Gabba Gabba!” at Yo Gabba Gabba! LIVE! Music is Awesome! Following DJ Lance Rock and a colorful gang of globular creatures, the award-winning TV show has been rocking living rooms with its unique formula and hip popping tunes since 2007. Now fans can see their favorite characters in a live production that combines music, singing, dancing and animation. Featuring internet sensation Leslie Hall, beat box elite Biz Markie and a set list packed with earworms, the show seeks to “inspire the next generation of music lovers.” $31-$38, 2pm & 5pm Sat, Laurie Auditorium, Trinity University, One Trinity, (210) 999-8117,
yogabbagabbalive.com. —Murphi Cook

FL!GHT Gallery hosts an artist talk and a reception for the last chance to view Ed Wilson's "One-Offs," which encapsulates a variety of Wilson's work created throughout the last 18 years, from castings to large-scale sculpture. The Houston-based artist was recently chosen by a panel to create a large stainless-steel mobile for the new lobby being built for the George R. Brown Convention Center in time for the 2017 Superbowl. However, after receiving a draft contract for the $830,000 project, the Houston Arts Alliance reportedly withdrew the contract without any explanation. Free, noon-3pm Sun, FL!GHT Gallery, 134 Blue Star, (210) 872-2586, facebook.com. —Ainsley Caffrey