NPR is Thankful for the San Antonio Spurs 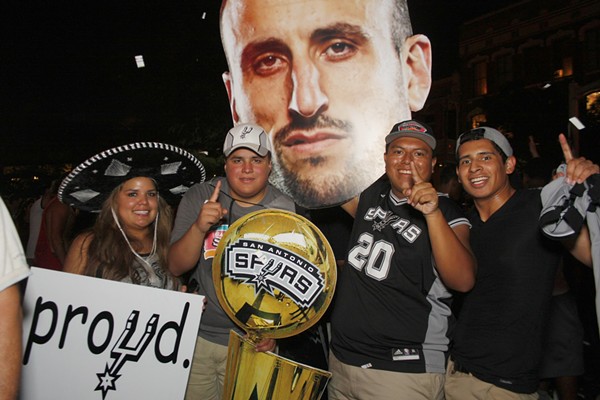 According to commentator Frank DeFord, who, by the way, has the greatest sideburns in the history of facial hair, 107 percent of people polled love the San Antonio Spurs. That math seems legit. It comes from a piece today that aired on NPR's Morning Edition about giving thanks for San Antonio's NBA champions.

In his commentary, DeFord suggests that no sports team is more loved than the Spurs. Sure, there are more popular teams, like the Yankees or the Cowboys when they were a football dynasty, but those franchises tend to engender as much hate as love from sports fans.

You don't often hear of people hating on the Spurs. Sure they exist, but the most criticism you hear about our hometown team is that they're "boring," which is hardly an insult when you have five NBA Championship rings on your fingers. That's the gist of DeFord's love letter to the Spurs, which you can listen to below.