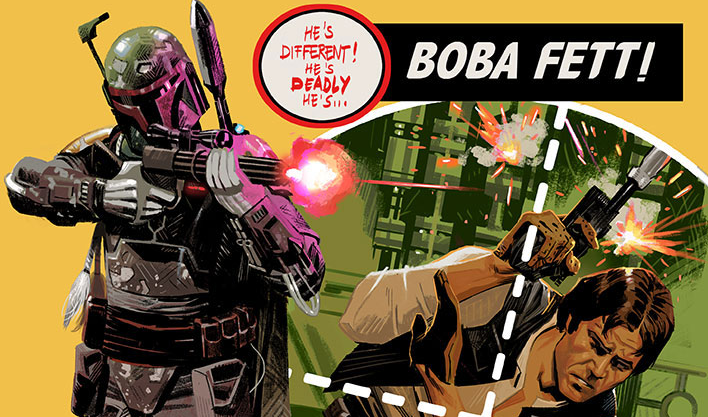 Now that the Star Wars comic book franchise has returned to Marvel, they are relaunching the series with a new first issue. Drawn exclusively for Heroes and Fantasies by Spanish comic artist Daniel Acuña, this variant cover features the deadly bounty hunter Boba Fett targeting scoundrel and smuggler extraordinaire Han Solo. The cover pays homage to the 1974 cover for The Amazing Spider-Man #129, which shows The Punisher, rifle drawn, with his crosshairs fixed on Spider-Man.

Want to be one of the first to own this exclusive issue? You can pre-order it straight from Heroes and Fantasies’ website.

Correction: Thursday, December 4, 2014, 2:52 p.m.
A previous version of this story stated that The Amazing Spider-Man #129 was published in 1963. The post has been updated to reflect the correct year the issue was published.