This week's Wonderland of the Americas free movie the week is the timeless Christmas classic Miracle of 34th Street, a touching legal drama—as touching as legal dramas can be— about a institutionalized man who claims to be Kris Kringle. SPOILER ALERT: He is Kris Kringle. Free, 7pm, Santikos Bijou Cinema Bistro, 4522 Fredericksburg, (210) 734-4552, santikos.com. 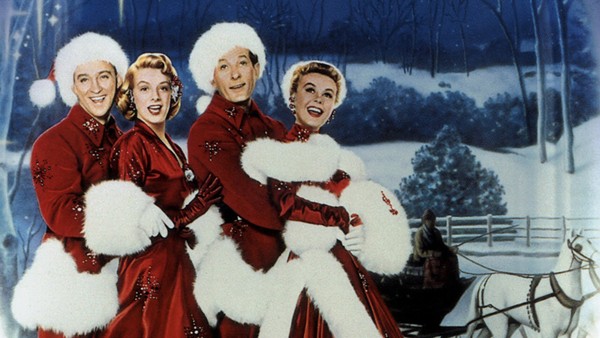 Does a nostalgic longing for things past haunt your holidays? Are you a toy collector or a parent or a child or just a person with a free Saturday looking to get lost in a veritable toy wonderland? If you answered yes to any of those questions, the Texas Toy Show is about to make your weekend. Whether you’re still looking for gifts or just in the mood to take a stroll while marveling at the myriad manifestations of our collective imagination, this event is sure to please. With thousands of vintage and new toys and comics for purchase and perusal, it’s a gift that gives at every turn. $5 (free for kids), 9am-5pm, San Antonio Shrine Auditorium, 901 N Loop 1604 W, (210) 496-6334, texastoyshow.com. —James Courtney

In a typical nativity play, we witness the birth of Jesus through the eyes of Mary and Joseph; but the Guadalupe Players are anything but typical. Los Pastores follows the shepherds’ journey and the obstacles set forth by the devil, culminating in a battle between Michael the Archangel and Lucifer. First brought to SA from Mexico in 1910, this folk play is sung in Spanish and celebrates its 67th year at Mission San José. Expect memorable costumes—cast member Debbie Covarrubia-Barcenez teases, “We do dress like Texas shepherds and not necessarily Bethlehem shepherds.” Free (lawn chairs welcome), 7pm, Mission San José, 6701 San José, (210) 386-4177, guadalupechurchsanantonio.org. —Murphi Cook

This Saturday, you’re invited to be a part of welcoming the latest addition to SA’s thriving Westside art community. Zac Cimi Arte, owned by artist Nina Donley, is part of the unique live/work units at the Gardens at San Juan Square on Zarzamora. Donely—who was born Juanette Manuela Hernandez, but renamed by foster parents at age five—comes to this momentous and exciting opening after a lifetime of struggle and suffering at the hands of poverty, abusive parents and foster parents, institutionalized living, disillusionment and drug abuse. Creativity has been her saving grace. Her art, which takes many forms and will be on display and for sale along with the work of more than 25 other local artists, deals with issues of cultural and sexual identity and revels in the explosively restorative power of bright, rich color and loose, delightfully idiosyncratic execution. Aside from exhibiting and selling art, Donley plans to use Zac Cimi Arte to serve the community through workshops, classes and general activism for the underserved. This special event will also feature food for purchase, live music and giveaways. Free with donation of a nonperishable canned good, 10am-3pm, Zac Cimi Arte, 2003 S Zarzamora #3104, (210) 725-0391, zaccimiarte.com. —James Courtney