‘Tis the season! And as we’re all a-bustle, anticipating the main event can leave us looking for opportunities to party off that seasonal anxiety. Friday’s Winter Fest can help with that. Plus, it’s a damn fine way to show returning Saytown ex-pats what badass music they’re missing out on the rest of the year. Featuring Crown’s (pictured) chunky, prog-psych sounds, Islands & Tigers’ grunge-pop hymns to youth, Wolf Tone’s mathy and noisy gems, the dense shoegaze explorations of ants., the freak-out jams of The Freebies, and much more, this show will be packed with aural merry-making of the local variety. $5-$7, 7pm Fri, The White Rabbit, 2410 N St Mary’s, (210) 737-2221, sawhiterabbit.com. — James Courtney

For a band producing heavy backbeat, spaced-out psychedelia, Cosmonauts has a geographical edge on the competition. Operating out of Fullerton, the band has the nearby rock ‘n’ roll mecca of Burger Records pushing their tapes and LPs on the parishes of American psych communities. (Ironically, the garage hotspot of Burger is located in a Southern California strip mall.) On last year’s Persona Non Grata, the quartet dropped 10 tracks of isolated, droning riffs and upbeat haze on Burger wax. While the hometown label is on board, Cosmonauts has also attracted the attention of Austin’s Reverberation Appreciation Society, the lysergic label that dropped the band’s “Lazerbeam” seven-inch. Fellow members of the RAS include Holy Wave, a like-minded Austin quintet whose 2014 LP Relax also saw some distribution from Burger (seems to be a pattern). With DJ Proper Yarn and the Fillmore West worshippers Creatura. $10-$12, 9pm Fri, The Korova, 107 E Martin, (210) 226-5070, thekorova.com. —Matt Stieb 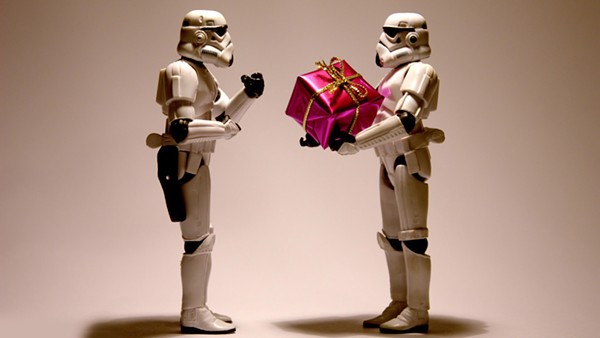 Does a nostalgic longing for things past haunt your holidays? Are you a toy collector or a parent or a child or just a person with a free Saturday looking to get lost in a veritable toy wonderland? If you answered yes to any of those questions, the Texas Toy Show is about to make your weekend. Whether you’re still looking for gifts or just in the mood to take a stroll while marveling at the myriad manifestations of our collective imagination, this event is sure to please. With thousands of vintage and new toys and comics for purchase and perusal, it’s a gift that gives at every turn. $5 (free for kids), 9am-5pm Sat, San Antonio Shrine Auditorium, 901 N Loop 1604 W, (210) 496-6334. —JC

Sat 12/20
Rockin' Around the Christmas Track

Jolly old Saint Nicholas and the Grinch himself come together for the roller derby match of the century. The catch: all the skaters are under 18. Founded in 2012, Alamo City Derby Crew is SA’s only co-ed junior roller derby league. With names like Kaptain Sassy, Fluff-N-Tuff and ADHDoom these fierce derby kids promise the same spirited spectacle as their adult counterparts in the contact sport where teams skate in the same direction around a track. The evening’s teams include skaters from junior leagues in San Antonio, Austin, Dallas, Houston and Round Rock. $6-$8, 4:30pm Sat, Skateland South, 2351 Goliad, (210) 337-6200, alamocityderby.org.
—Murphi Cook

Inspired by Broadway musicals, Christmas carols and rock legends like Queen and Pink Floyd, guitarist/producer Paul O’Neil created Trans-Siberian Orchestra in 1996. Although known best for rock operas, TSO also wins over fans of all ages with spectacular light shows and emerged among the top ticket-selling acts of the last decade. Released earlier this year, the narrated version of The Christmas Attic (a 1998 album telling the story of a young child exploring the attic of an old house on Christmas Eve) anchors TSO’s 2014 tour, which lands at the AT&T Center for two shows Saturday. $41.50-$71, 3pm & 8pm Sat, AT&T Center, One AT&T Center, (210) 444-5000, attcenter.com. —Patrick Martinez 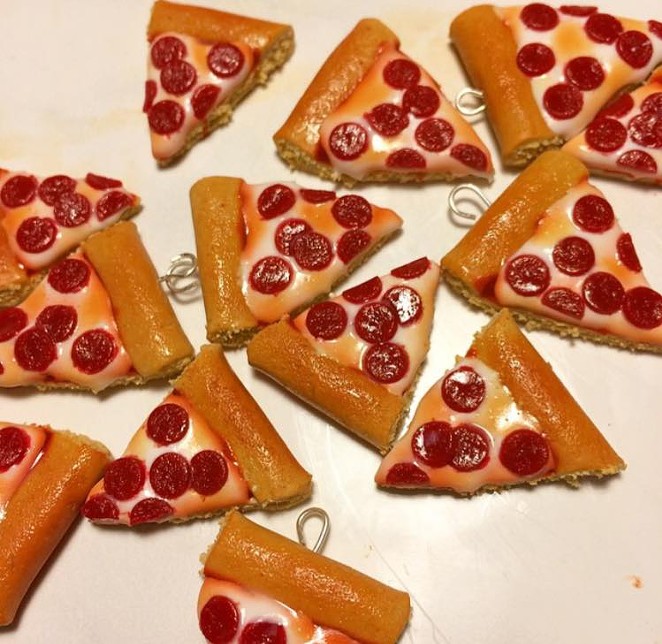 In a typical nativity play, we witness the birth of Jesus through the eyes of Mary and Joseph; but the Guadalupe Players are anything but typical. Los Pastores follows the shepherds’ journey and the obstacles set forth by the devil, culminating in a battle between Michael the Archangel and Lucifer. First brought to SA from Mexico in 1910, this folk play is sung in Spanish and celebrates its 67th year at Mission San José. Expect memorable costumes—cast member Debbie Covarrubia-Barcenez teases, “We do dress like Texas shepherds and not necessarily Bethlehem shepherds.” Free (lawn chairs welcome), 7pm Sat, Mission San José, 6701 San José, (210) 386-4177, guadalupechurchsanantonio.org. —Murphi Cook

This Saturday, you’re invited to be a part of welcoming the latest addition to SA’s thriving Westside art community. Zac Cimi Arte, owned by artist Nina Donley, is part of the unique live/work units at the Gardens at San Juan Square on Zarzamora. Donely—who was born Juanette Manuela Hernandez, but renamed by foster parents at age five—comes to this momentous and exciting opening after a lifetime of struggle and suffering at the hands of poverty, abusive parents and foster parents, institutionalized living, disillusionment and drug abuse. Creativity has been her saving grace. Her art, which takes many forms and will be on display and for sale along with the work of more than 25 other local artists, deals with issues of cultural and sexual identity and revels in the explosively restorative power of bright, rich color and loose, delightfully idiosyncratic execution. Aside from exhibiting and selling art, Donley plans to use Zac Cimi Arte to serve the community through workshops, classes and general activism for the underserved. This special event will also feature food for purchase, live music and giveaways. Free with donation of a nonperishable canned good, 10am-3pm Sat, Zac Cimi Arte, 2003 S Zarzamora #3104, (210) 725-0391, zaccimiarte.com. —JC