Over the years, the Current has kept close tabs on local artist Albert Alvarez, whose obsessively rendered works depict disaster in myriad forms. A scan through our archives unearthed a blog describing his painting Codename Doomsday as an “apocalyptic retablo” and a review likening the haunting oddities of his show “La Chamba/Dirty Work” to the offspring of the Garbage Pail Kids and Goya’s "The Disasters of War." AnArte goes out on a limb to unveil the Rhode Island School of Design grad’s “Stuck on Nothing,” which cracks open with tequila, wine and music by George and Aaron Prado. Free, 6-8pm Wednesday, AnArte Gallery, 7959 Broadway, (210) 826-5674, anartegallery09.com. —Bryan Rindfuss 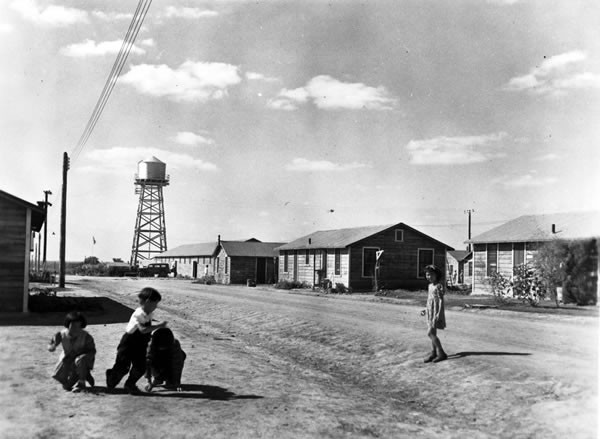 In The Train to Crystal City: FDR’s Secret Prisoner Exchange Program and America’s Only Family Internment Camp During World War II, local author Jan Jarboe Russell brings to light what literary authority Kirkus Reviews described as “a shocking story of national betrayal.” Informed by research, archival photos and personal accounts from survivors Ingrid Eiserloh (of Ohio) and Sumi Utsusjogawa (of California), the book looks beyond Texas’ FDR-approved Crystal City Internment Camp (which housed more than 6,000 people before closing in 1948) to explore the covert “quiet passage” program that employed detained immigrants and their American-born children as “a ready source of exchange” for more “important” Americans behind enemy lines in Japan and Germany. In advance of The Train to Crystal City’s January 20 release, the Southwest School of Art hosts a reading and signing with Russell—who is a Nieman Fellow, a contributing editor at Texas Monthly and the vice president of the Linda Pace Foundation—to be followed by a 1940s-themed after-party across the way at literary arts center Gemini Ink’s new digs (1111 Navarro). Free, 5:30pm, Coates Chapel, Southwest School of Art, 300 Augusta, (210) 734-9673, geminiink.org. —Bryan Rindfuss

They’re separate entities that operate in different ways, but Artpace and the Linda Pace Foundation share the vision of late founder Linda Pace, who believed “contemporary art is essential to a dynamic society.” In celebration of Artpace’s 20th year, and a gift to LPF from a longtime local collaborator, Pace’s institutions unite for “Hare & Hound Press + Artpace: The Art of Collaboration.” Culled from 100-plus printer’s proofs, the exhibition opens concurrently with the similarly nostalgic “Untitled(Beginning),” an installation first unveiled at Artpace in 1995 by the late Cuban-American artist Félix González-Torres. Free, 6-9pm Thursday, Artpace, 445 N Main, (210) 212-4900, artpace.org. —Bryan Rindfuss 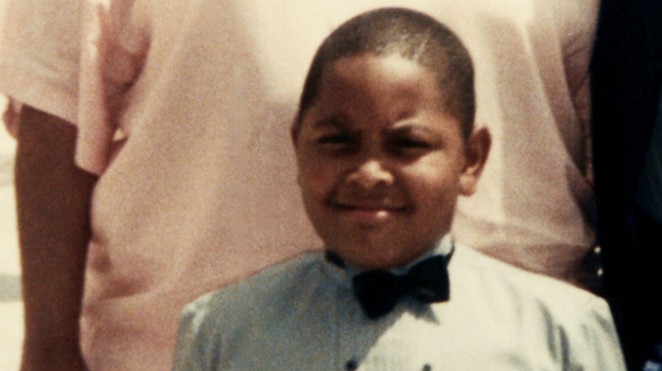 How does a 16-year-old go from honors student to bank robber? In the Independent Lens documentary Evolution of a Criminal, filmmaker Darius Clark Monroe explores the financial straits that led him to a desperate act as teenager in Texas. Returning to the scene of the crime, Monroe interviews family members, close friends, and mentors to reflect on the aftermath. This public television documentary will be screened for free at the Santikos Rialto Cinema Bistro for DreamWeek. Free, 7pm Thursday, Santikos Rialto Cinema Bistro, 2938 NE Loop 410, (210) 656-8261, dreamweek.org.

This Friday, shake off the wintry blues with an excellent and diverse lineup of bands at Bottom Bracket. For starters, SA’s Creatura, who released one of our favorite local albums last year, plays throwback psychedelic rock music, living well in the house that Gracie Slick built. Up next, ATX’s Transit Method makes music that’s a wild amalgam of styles. From prog-rock to grunge to funkified psych-rock, these guys put it all together and make it work exceedingly well. Closing the night, local indie garage-rock act White Elefant just keeps getting sharper and ignoring the status quo. Free, 10pm Friday, Bottom Bracket Social Club, 1603 N Colorado, (210) 267-9160. —James Courtney

Go out to Travis Park on Friday to enjoy some good music, food trucks, and big ol’ bushy beards. Alamo Beard Club is hosting Bearded Love, a celebration of all things bearded in San Antonio. There will be a beard contest, and several beard oil and wax vendors will be present for those of you in need of a little maintenance. Free, 6pm-11pm Fri, Travis, 301 E Travis.

What do neem,papaya and myrtle have in common? Each purportedly holds the power to make men sterile. Dallas-based artist Mary Walling Blackburn’s “Anti-Fertility Garden” is a two-part experience comprised of a garden filled with those sterilizing plants, and a gallery of drawings, sculpture, video, and handmade anti-fertility soap by Sophy Naess. Regardless of where you stand “genitals abound, but they aren’t what they seem.” Selected by guest curator Laurence Miller, Blackburn arrives amidst the tides of change as Anjali Gupta takes over for Hills Snyder as director of Sala Diaz. Free, 6-9pm Friday, Sala Diaz, 517 Stieren, (972) 900-0046, saladiazart.org. —Murphi Cook

This event listing has been updated to correct the identification of the event organizers and speaker.