Cruz Ortiz, SA artist and maker of clever Tex-Mexicana prints, has been busy of late, exhibiting his craft, contributing art to political campaigns, dressing up Absolut vodka bottles and managing his own screen-printing and letterpress design firm Snake Hawk Press. Thursday night in the sleek confines of Rosella, folks can get a much closer look at some of Ortiz’s recent output and check out one of his vintage screen-printing machines in action. DJ Steven Lee Moya will be spinning eclectic cuts and, of course, there will be coffee and snacks. Free, 7-11pm Thu, Rosella Coffee Co, 203 E Jones, Ste 101, (210) 277-8574, rosellacoffee.com. —James Courtney

Pinning down the music of cellist Maya Beiser is a tricky proposition. In concert, her multitrack, prerecorded loops dance around her cello like variations in a mirror and her repertoire includes classical texturalist Phillip Glass and Led Zeppelin. Certainly, her music is as disruptive to the idea of classical music as it is beautiful. Thursday night, Beiser brings her All Vows performance to San Antonio with the help of bassist Gyan Riley and Wilco drummer and composer Glenn Kotche. $29-$110, 7:30pm Thu, The Aztec Theatre, 104 N St. Mary's, (210) 812-4355, theaztectheatre.com. —Matt Stieb

Friday night, catch four exciting local acts sweating it out at The Mix in a rock ‘n’ roll smorgasbord par excellence. We are particularly excited about the growling, howling and sulking, piano-cabaret blues-rock of D.T. Buffkin, and the far-out, psyched-out, pop-informed, imperfectly perfect experimental rock of Flower Jesus Quintet, who released one of our favorite albums of last year, Cosmic American Music. Also on the bill for the evening are relative newcomers Coyote Sings and Wild Blood, making this gig a swell chance to dig established local talent alongside promising newbies. Free, 10pm Fri, The Mix, 2423 N St. Mary’s, (210) 735-1313. —James Courtney

Spelled out in the bio posted on his official website, the wide-ranging work of Houston-born art star Mel Chin “evades easy classification.” During a thought-provoking career that started taking shape in the 1970s, Chin has explored pervasive themes (including violence, politics and ecology) through projects such as Revival Field (an ongoing experiment that’s employed plants as “toxic sponges” to sop industrial contamination from affected soil at sites in the U.S. and Germany); Operation Paydirt/Fundred Dollar Bill Project (a creative campaign inviting “communities to imagine, express and actualize a future free of childhood lead-poisoning); and The Funk & Wag from A to Z (an expansive series repurposing pages from all 25 volumes of the 1950s-era Funk & Wagnall Encyclopedia in 524 collages designed to unleash the “potentiality of images trapped by historical context”). Fresh off a string of artist talks held in conjunction with the Houston leg of his traveling retrospective “Rematch” (organized by the New Orleans Museum of Art), Chin visits the Southwest School of Art to deliver a lecture titled “It’s New to Me & You Never Know.” Free, 7pm, Russell Hill Rogers Lecture Hall, Southwest School of Art, 300 Augusta, (210) 224-1848, swschool.org. —Bryan Rindfuss

A Canadian duo comprised of Pat Drastik and Tom Wrecks, THUGLI grew up on a diet and enduring love of Southern music, feeding on the sounds of Memphis, Houston and Atlanta. With a blueprint of running trap and assorted Drake hooks through an EDM filter, their remix career seems to have fulfilled the pair’s early aspirations. But they’ve taken it further on the 2013 Onslaught EP, a stomping effort that caught the attention of the Fool’s Gold and Mad Decent labels, leaders in the crossover world of EDM and hip-hop. On digital workstations and Technic 1200 turntables, the pair bobs around the stale expectations of EDM, putting in beats that could serve the purposes of Three 6 Mafia or Skrillex. In the video for “Run This,” hosted by Vice EDM imprint Thump, a light, oscillating ping takes a turn into darkness as a boy grows up to be a cop whose ideal vision of good police is Denzel Washington in Training Day. With Katabolic, The Phatbois, Trip Pimps. $10, 9pm Fri, Greenhouse, 4553 N Loop 1604 W, loop1tickets.com. —Matt Stieb

Getting shit-canned from Saturday Night Live is certainly nothing to be ashamed of. Notable names with blink-and-you-missed-them SNL careers include Sarah Silverman, Joan Cusack, Robert Downey Jr., Christopher Guest, Janeane Garofalo and Ben Stiller. To the best of our knowledge, however, Norm MacDonald’s the only former cast member to turn being deemed a “not ready for prime-time player” into his schtick for awhile. Not only did MacDonald make several memorable late-night talk show appearances hilariously recounting the circumstances of his 1998 sacking, he got maybe the ultimate comedy revenge when they asked him back to host the show the following year. “I haven’t gotten funnier,” MacDonald famously said in his opening monologue, “the show has gotten really bad.” But MacDonald, currently the best part of Cartoon Network’s wonderful Mike Tyson Mysteries, has gotten funnier with each passing year, as witnessed in 2008’s damn-near avant-garde roasting of Bob Saget and 2011’s dark, beautiful and twisted Me Doing Standup, to name just two examples. $25, 8pm & 10:15pm Fri-Sat, Laugh Out Loud Comedy Club, 618 NW Loop 410, (210) 541-8805, lolsanantonio.com. —Jeremy Martin

Jason Robert Brown crams heartbreak, ambition and the constant sting of time into The Last Five Years, his musical following a novelist and actress in a dissolving relationship. His side of the story moves forward, starting with their sweet meeting, while hers moves in reverse, beginning with their bitter end. The actors only speak to one another during the wedding. Notably, Brown drew inspiration from his failed marriage to Theresa O’Neill, whose threatened legal action resulted in a song change. Chris Berry directs Grant Bryan and Reagan Wilson in The Playhouse’s production. $12-$30, 8pm Fri-Sat, 3pm Sun, The Playhouse, 800 W Ashby, (210) 733-7258, theplayhousesa.org. —Murphi Cook 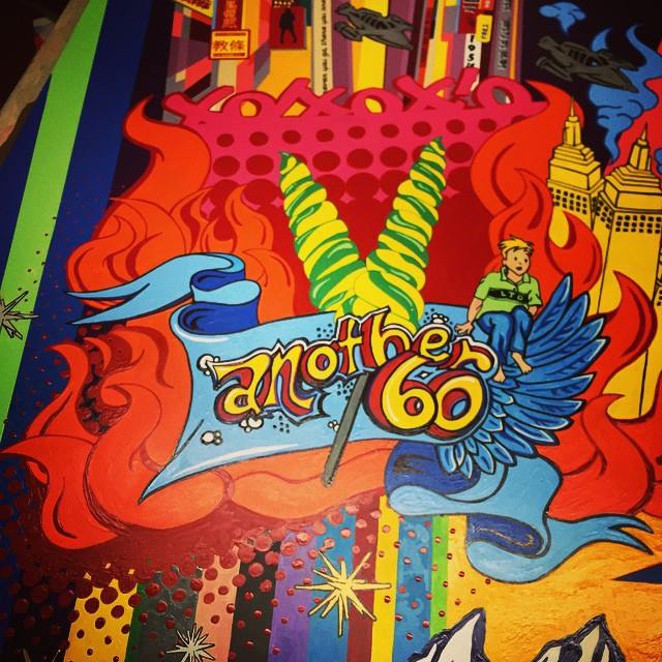