Texas Game Developers to Watch Out for at PAX South 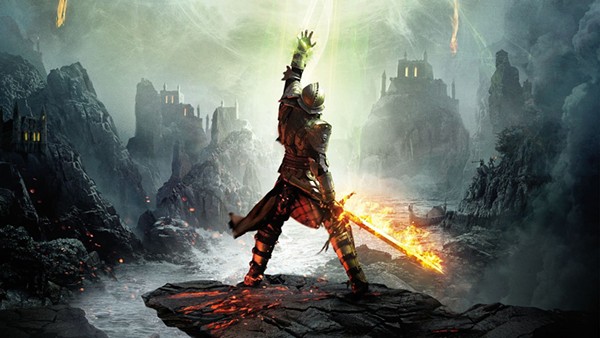 PAX South invades the Henry B. Gonzalez Center this weekend, attracting tens of thousands of gaming enthusiasts all ready to play the latest games from dozens of exhibitors. Game developers from around the globe will spend the whole weekend trying to convince attendees why their game is more deserving of attention than the hundreds of other titles on the convention floor, with a handful of these companies hailing from the Lone Star State.

Just like you, these Texans-turned-developers were probably surprised last year when Penny Arcade announced that PAX South would take place in the SA, though I’m sure they’ll enjoy the short commute and familiar, albeit unpredictable, weather.

If you’re attending PAX South this weekend you could meet these Texas game developers, ask them about their craft and possibly even play a game with them. Coming from Austin, Houston, Plano and San Antonio, these Texans are worth checking out this weekend.

BioWare
The Canadian-based Bioware has a studio in Austin and is best known for its recent blockbuster release, Dragon Age: Inquisition, Electronic Arts’ award-winning role-playing game. Reps from BioWare will not only be hosting a panel on Saturday, they’ll be running the BioWare Base. Fans will be able to walk up and talk with staff members who have worked on franchises ranging from the Mass Effect series to Star Wars. At 2 p.m. on Saturday, Dragon Age Inquisition Creative Director Michael Laidlaw and Art Director Matthew Goldman will discuss how the process behind making game of the year winning title.

Gearbox
From the greater Plano/Ft.Worth/Dallas area, developer Gearbox Software, best known for the Borderlands series and 2011’s utterly terrible Duke Nukem Forever, will host a panel Friday afternoon at 11 a.m. They'll give advice on how to break into the gaming industry and later follow that up with a question and answer session at 3 p.m. Saturday, Gearbox will host a live art demonstration and a cosplay extravaganza. The final day of festivities Gearbox will be giving fans a behind the scenes looks into their upcoming game Battleborn and their co-op shooter Borderlands.

Escape Hatch Entertainment
This young Austin-based studio is best known for their Wing Commander, X-Wing and Freespace 2-inspired space combat game, Starlight Inception. The title was successfully funded on Kickstarter back in 2012 and this year they plan on unleashing another title, Starlight Tactics, on anyone with a PS4, Xbox One, PC, Mac, Android or iOS device in the galaxy. Tactics is a turn-based tactical space combat game similar to Inception but with more strategy involved.

Devolver Digital
You may have heard of this indie studio from Austin as they’ve been gaining popularity in the console space over the past year or two. Their most recognized game, Hotline Miami, takes what made 2011 Ryan Gosling film Drive cool with its 1980’s art direction and amps up the violence. At PAX South they’ll be showcasing the sequel to the hit 2012 title, Hotline Miami 2: Wrong Number, along playable builds of Enter The Gungeon, Titan Souls, Broforce, Ronin, The Talos Principle, Breach and Clear: Deadline and Magnetic. Stop by their booth (#1243) dressed as a character from one of their games and you’ll even get a free T-shirt.

On The Level Games
This Houston developer will be showing off their recently released Steam title, Boo Bunny Plague. Boo Bunny Plague is an odd game, described by its creators as a “musical adventure through the dimensions of time”. You won’t get that from Call of Duty. Boo Bunny Plague is worth a look if you’re up for something different. It stars Bunny, a sentient robot bounty hunter whose main weapon is a guitar. Need I say more? You will even get the chance to have a rap battle with the Norse goddess of Hell in-game. No other game at PAX will give you that pleasure.

Topwise Games
After a long day of looking at countless screens and chasing pixels, visiting the booth of San Antonio’s own Topwise Games would provide a fun break from all the digital shenanigans with their card game, Monkeys Need Love Too. Attendees can play this fast-paced, action card game with the team from Topwise, challenging the creators of this Kickstarter funded project at their own game. Can you free the monkeys from the very people who designed them? At the very least, you’d be showing support for the only game developer from San Antonio at the event.