Under the Skin is a chilly, beautiful alien avant-garde creation disguised as a feature film, just as it's seductive anti-heroine seems disguised as a woman. With little dialogue, Scarlett Johansson plays a predatory cypher who cruises Scotland in a van, picking up guys and doing something strange, symbolic and frightening to them. You may extrapolate a science-fiction explanation that director Jonathan Glazer doesn't bother to clarify from Michel Farber's novel, though it can also be seen as a conceptual dance with eerie music, ravishing photography and a buzzing ambience that implies something insectile, as in an early scene where Johansson gazes upon an ant and later when she's distracted by a fly. There was no chance anything this bizarre would get any Oscar nods, but don't let that stop you from seeking out one of last year's best films. The McNay screens it as part of its GET REEL Film Series. Free, wine reception at 6pm film at 6:30pm, McNay Art Museum, 6000 N New Braunfels, (210) 824-5368, mcnayart.org. — Michael Barrett 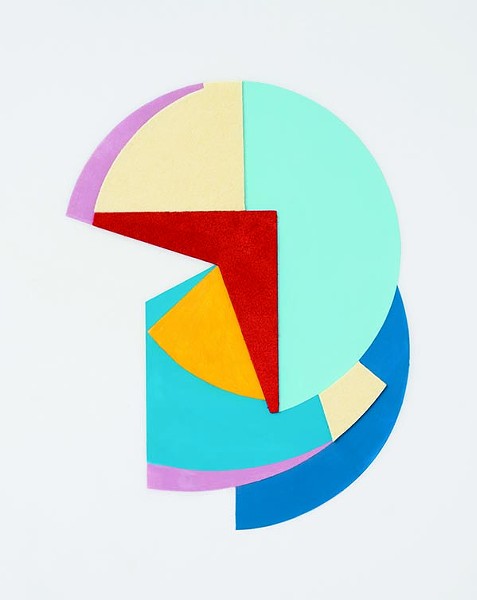 Artist Constance Lowe can’t escape the hearty hold of the Midwest, no matter how many years she spends in San Antonio. In “Air to Ground,” the St. Louis native combines her interests in satellite photography and geometric painting to develop works that “demonstrate how our natural environment and our relationship to it is increasingly abstract.” Part of her larger Garden Series, these brightly colored, sharply textured collages evolve from NASA land satellite photographs. Beyond Saturday’s opening reception, “Air to Ground” takes shape in a Valentine’s Day social with the artist. Free, 6-8pm Thursday, Ruiz-Healy Art, 201 E Olmos, (210) 804-2219, ruizhealyart.com. — Murphi Cook

Take part in the 2nd annual Ultimate Backgammon Packgage tournament at the Texas Backgammon Championships. Players of all ages are encouraged to attend. Experienced tournament directors will be on hand to assist you. Prizes and a beautiful trophy will be awarded to the finalists. Free, 7:45-10:45pm Friday, Menger Hotel, 204 Alamo Plaza, (210) 573-3073, texasbackgammon.com.