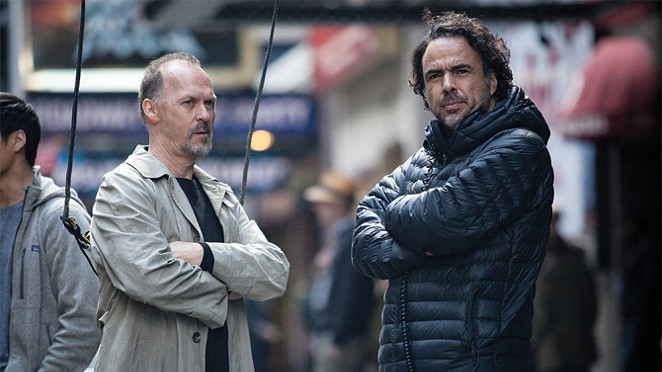 "Who gave this son of a bitch his green card?," joked Sean Penn before announcing the winner of the 2015 Best Director Oscar.

“Maybe next year the government will inflict some immigrations rules [on] the academy,” Alejandro Iñárritu, who previously worked with Penn on 21 Grams and insists his green card comment was hilarious, quipped upon winning the Oscar for his directing of the film Birdman this past Sunday. “Two Mexicans in a row—that’s suspicious, I guess.”

The other Mexican Iñárritu refers to is his longtime friend Alfonso Cuaron who won Best Director in 2014 for his sci-fi thriller, Gravity. Cuaron was the first Mexican American to win the Academy Award in this category, making Iñárritu only the second Latino to ever receive a best directing award from the unfortunately white-dominated Academy.

In addition to his Best Director win, Iñárritu's Birdman also snagged Oscars for Best Picture and Best Original Screenplay, beating out front-runner Richard Linklater for his work on the 12-year-long coming-of-age spectacle, Boyhood.

With some prodding by his cast and crew onstage, Iñárritu delivered his acceptance speech for his Oscar. After the obligatory thank yous to his wife and his friends, the director took a moment to dedicate his win to his fellow Mexicans in Mexico and in the United States as well. Of the current generation of Mexican immigrants in the states, Iñárritu proudly projected to the audience, “I just pray that they can be treated with the same dignity and the respect of the ones who came before and built this incredible immigrant nation."