Stand-up comedian Dave Attell was rolling in the “Comedy Central cash” in 2014, as he referred to it during a stop on Conan last April, when he landed two projects on the cable network, a one-hour TV special called Road Work and a late-night comedy series, Comedy Underground. It was a return to form for the former host of Insomniac who hadn’t done a TV special in a decade, but had enough filthy material stocked up to make up for it. A self-described “old road dog,” Attell’s natural habitat is in clubs across the country where, for him, delivering a dick joke is an art form. $25, 7pm Thu, Laugh Out Loud Comedy Club, 618 NW Loop 410, 541-8805, lolsanantonio.com. — Kiko Martínez

Arlo Guthrie was never going to be the second coming of his esteemed father, American folk treasure Woody Guthrie. That’s a distinction that was always going to belong to Bob Dylan. Shit, even Arlo himself would probably tell you that. However, far from lazily wasting away in the glow of the acclaim that his pops achieved, Arlo has consistently found his own path as a songwriter, a performer and an activist. Most celebrated for his 1967 hippie epic “Alice’s Restaurant,” and the movie adaptation that followed in 1969, Arlo has released over 25 albums, landed a smattering of film and TV roles, and remained devoted to political activism even when it wasn’t in vogue. He’s a funny personality with a unique take on the maturation of America and a gifted storyteller who writes and plays with a refreshing open-heartedness. Lamentably, his reputation as a humorous persona has, in many ways, wrongly overshadowed what is a truly admirable body of folk-rock output. Catch him live at the Tobin as he celebrates the 50th anniversary of the absurd events that inspired his most beloved song. $24.50-$54.50, 7:30pm Thu, Tobin Center for the Performing Arts, 100 Auditorium Circle, 223-8624, tobincenter.org. — James Courtney

Gemini Ink welcomes author Luis Alberto Urrea for a free public reading, Q&A and book signing in conjunction with the Heather Catto Kohout Lecture series. Born in Tijuana and raised in San Diego, Urrea is a gifted storyteller who uses his bicultural life experiences to explore greater themes of love, loss and triumph. His books include The Hummingbird’s Daughter, Queen of America and Into the Beautiful North. His nonfiction book The Devil’s Highway tells the story of a group of Mexican immigrants lost in the Arizona desert. It won the Lannan Literary Award and was a finalist for the Pulitzer Prize. Free, 7pm Thu, Palo Alto College, 1400 W. Villaret Blvd., 734-9673, geminiink.org. — Ainsley Caffrey 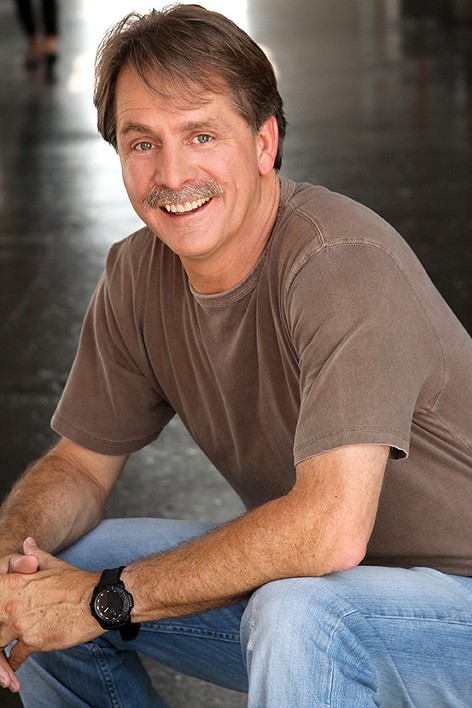 In the early ‘90s, Americans became aware of a condition affecting large portions of the population. First believed to be confined to the South, the condition known colloquially as “being a redneck” was obviously more widespread. Stand-up Jeff Foxworthy dedicated his life to touring the nation, providing audiences with an endless list of symptoms that might indicate a propensity toward the condition. Foxworthy went on to perform other community service projects including a campaign promoting “blue collars” and a program asking adults whether they had the intellectual capacity of fifth graders. $10.50-$198.50, 7pm Thu, AT&T Center, One AT&T Center Pkwy., sarodeo.com. — Jeremy Martin

The Guadalupe Cultural Arts Center's 37th annual CineFestival kicked off Saturday with the world premiere of Hector Galán’s doc Children of Giant and continues through Saturday. Among the fest’s remaining highlights are Malik Vitthal’s drama Imperial Dreams (6 p.m. Thu) and Alfredo De Villa’s Fugly!, an "anti-romantic comedy" starring John Leguizamo. Originally set to be CineFestival’s guest of honor, Leguizamo pulled out due to a scheduling conflict but spoke to the Current earlier this month about issues addressed in the film, including stereotypes Latino actors face in Hollywood. $10-$50, Thu-Sat, Guadalupe Theater, 1301 Guadalupe, 271-3151, guadalupeculturalarts.org. — Bryan Rindfuss

Performing together since 1986, the Peking Acrobats combine elements of folk artistry and modern technology in family-friendly spectacles filled with trick-cycling, tumbling and gravity-defying feats. Part of an acrobatic tradition that dates back to the Ch’in Dynasty, the troupe is possibly best known for its Human Chair Stack, a Guinness World Record-winning act involving six people atop six chairs 21 feet in the air without safety lines. The company’s 29th North American tour lands at the Tobin with special guests Jigu! Thunder Drums of China. $29-$110, 7:30pm Fri, Tobin Center for the Performing Arts, 100 Auditorium Circle, 223-8624, tobincenter.org. — Murphi Cook

Hank and Cupcakes is the ideal exemplification of postmodern music. The Brooklyn via Tel Aviv husband and wife duo’s name combines Charles Bukowski’s fictionalized persona, Hank Chinaski, with the name of one of the poet’s girlfriends, Pamela “Cupcakes” Wood. And if that sounds far out, just wait till you hear the music. Full of brazen contradictions, surprising permutations and deliberate subversion, the pair’s zany electro-pop-rock sound is, in turns, funky and abrasive, shimmering and coarse — and it is really without precedent. Live, Hank and Cupcakes is like falling into a kaleidoscope. $5, 9pm Sat, 502 Bar, 502 Embassy Oaks, 257-8125, 502bar.com. — James Courtney

A lifelong interest in plants led local artist Cornelia White Swann away from synthetic materials to experiment with making her own paints from natural substances. Named after a term used to describe impermanent pigments, her abstract painting series "Fugitive Color" owes some of its organic charm to such unusual suspects as purple cabbage, blueberries, red onions and hibiscus flowers. All created within the last six months, her ethereal new works on paper have an intriguing relationship with time: Not only do their integral components reflect the seasons, their colors shift and fade with age due to the “fugitive” nature of the pigments. Curated by Celeste Wackenhut, Swann’s solo exhibition at French & Michigan is divided into two related presentations, the second of which is set for spring of 2016. Free, 2-5pm Sat, French & Michigan Gallery, 115 Michigan, 378-0961, frenchandmichigan.com. — BR

After more than a decade as a performer, producer and writer in New York, Los Angeles and San Antonio, Rachel Hollon developed her one-woman show I Know the Plans I Have for You, which makes its local debut at Roosevelt Library. Inspired by parts in off-Broadway plays, films and national commercials, the 75-minute production spans the breadth of Hollon’s experiences with expectation, success and failure. Functioning as an introduction to Hollon’s forthcoming book of the same name, the hybrid of drama and short stories also explores “how to get out of the way to make room for something bigger.” $15, 8pm Sat, 7pm Sun, Roosevelt Library, 311 Roosevelt Ave., rachelhollon.com. — MC 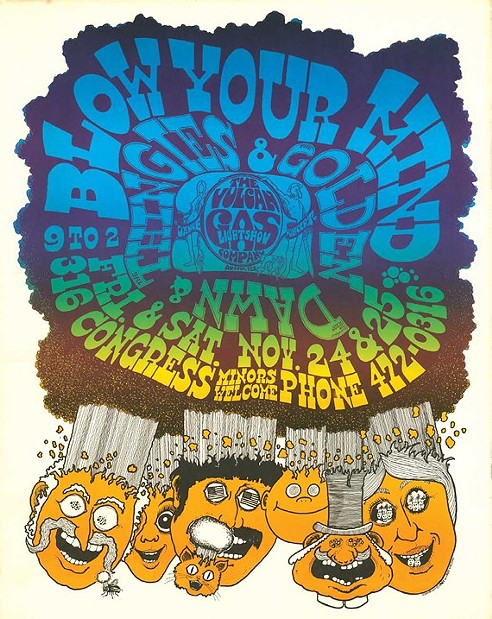