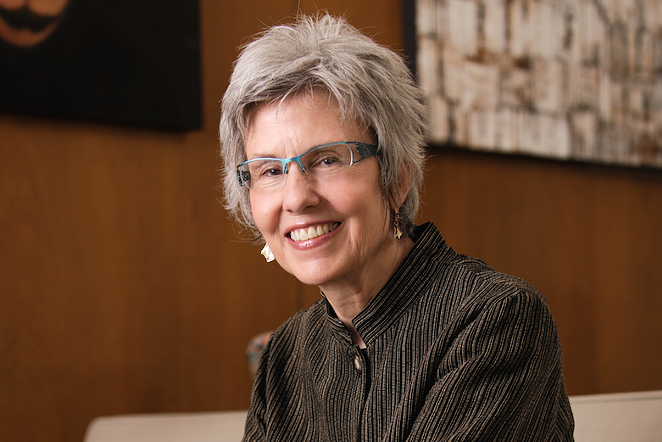 Cuba is a writer in residence at Our Lady of the Lake University and founder of Gemini Ink, a San Antonio nonprofit that offers writers workshops and other literary programs. Last April, her debut novel, Body and Bread, earned her a TIL Steven Turner Award, a yearly prize for first works of fiction.

Barrios is a playwright, poet and journalist and former book editor for the San Antonio Express-News. His 2008 play Rancho Pancho uncovers the turbulent and passionate relationship between playwright Tennessee Williams and his lover Pancho Rodriguez, an Eagle Pass native and likely inspiration for Stanley Kowalski in A Streetcar Named Desire. Barrios is a 2013 USC Annenberg Getty Fellow and sits on the board of directors of the National Book Critics Circle. His is currently collaborating with James Franco  — yes, that James Franco — on a book of his experimental work in poetry and film. Later this month, Barrios will lead a Gemini Ink workshop on Franco's poetic influences.

Sibley is a novelist, screenwriter and playwright who ranches cattle just south of San Antonio. His debut novel, Any Kind of Luck, a Southern Gothic gay satire based on his return to small town South Texas after living in New York City, is a Lambda Literary Award Nominee and a runner-up for TIL's John Bloom Humor Award.

For nearly 80 years, TIL has been recognizing Texas authors by inducting them into its membership. Inductees are nominated by two current TIL members then approved TIL's five person council. In addition to membership, TIL hands out a number of annual awards to recognize literary works in several categories. The TIL also co-administers the University of Texas at Austin's Dobie Paisano Fellowship Program, which awards fellows a residency retreat on the 250-acre ranch of folklorist J. Frank Dobie, one of TIL's inaugural inductees.