Celebrate 60 years of modern art in San Antonio this Spring Break with three days of free art making activities along with a yoga tour, an Andy Warhol photo boothand a classic children's performance by Ballet San Antonio. View the gifts given to the McNay over the last 10 years in "Rodin to Warhol" and give a gift back to someone in our city by bringing a can of food for the San Antonio Food Bank. Free, 2pm, Tuesday, McNay Art Museum, 6000 N. New Braunfels Ave., (210) 824-5368, mcnayart.org/events. 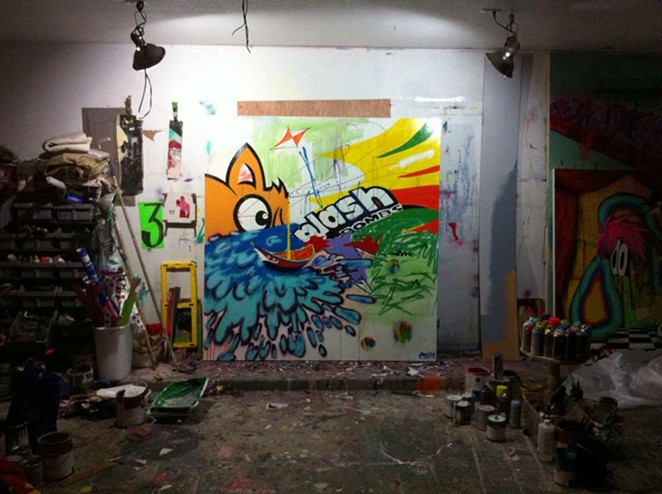 Fed Up might look like one of the scores of documentaries where the underlying message is that Coke and cheeseburgers are making our kids super-sized. But this film narrated by journalist Katie Couric and directed by Stephanie Soechtig gets bold when it starts pointing fingers at people besides Ronald McDonald and Tony the Tiger. Look out Michelle Obama: Your “Let’s Move” campaign might look good on paper, but Soechtig argues it’s not doing as much as it could to fight childhood obesity. The doc screens at the Botanical Garden in conjunction with Chipotle Sustainable Films. Free, 7:15pm, San Antonio Botanical Garden, 555 Funston Pl., 207-3250, slabcinema.com. – Kiko Martínez 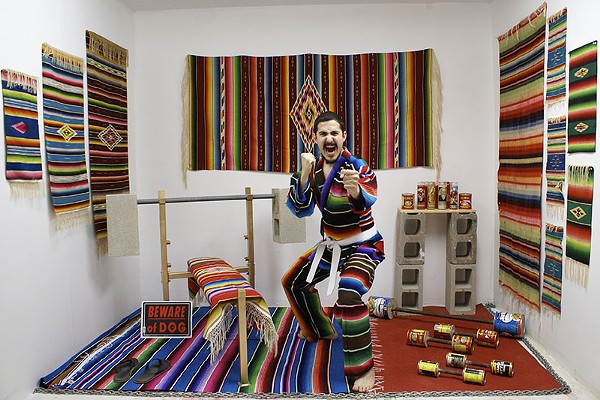 Thrown into Contemporary Art Month’s vivid mix back in 2012, the CAM Perennial exhibition tasks out-of-town curators with fishing from a vast and varied pool of San Antonio artists. As we outlined last CAM in Leslie Moody Castro’s guest column The Curator Diaries, the selection process — and sometimes even the exhibition’s theme — relies heavily on studio visits. Although she knew little about the Alamo City’s art scene, New Orleans-based curator Amy Mackie dove into it late last year when she narrowed down a list of 200 potential artists and conducted 20 studio visits. Offering a bit of a double entendre with its title, “Move Me” connects eight artists using physical movement as a visual tool as well as others creating works that “move” Mackie. Broad in its scope, the group show promises everything from conceptual video projects by Jimmy James Canales (pictured) and Jennifer Ling Datchuk to performance-based experiments by Roberto Celis and Kristin Gamez. Free, 6-9pm, Museo Guadalupe, 723 S. Brazos St., 271-3151, guadalupeculturalarts.org. — Bryan Rindfuss

The San Antonio River Authority and Slab Cinema team up for an outdoor screening of director Jon Turteltaub’s 2004 adventure flick starring Nicolas Cage as a historian and amateur cryptologist in search of a lost treasure. Guests are invited to get in the treasure-hunting spirit by geocaching in the park (7pm) before the film. Free, 8pm Saturday; John William Helton San Antonio River Nature Park, 15622 FM 775, Floresville, 302-3259, slabcinema.com.

For more than 60 years, Lerma’s Nite Club functioned as the vibrant center of the conjunto universe, hosting the likes of Eva Ybarra and Esteban “Steve” Jordan on its compact stage and providing a puro San Anto backdrop for the film Selena and Girl in a Coma’s video for “Clumsy Sky.” Shuttered in 2010 for code violations and now under the guardianship of the Esperanza Center, Lerma’s has been designated a historic landmark. On Saturday, the nonprofit welcomes historian Susana Segura and accordionist Juan Tejeda to discuss the cherished venue’s cultural significance. Free, 10am-1pm, Rinconcito de Esperanza, 816 S. Colorado St., 228-0201, esperanzacenter.org. — Bryan Rindfuss

Evidenced by Los Angeles-based Institute for Figuring’s “Crochet Coral Reef” (on view at the Southwest School of Art) and local artist Margaret Craig’s haunting “Ocean Harvest” (on view at REM Gallery), ecology is a hot topic in the art world. Having grown up on the beaches of Florida, SA-based Sabra Booth counts the health of the oceans among the issues influencing her work. Inspired by the Deepwater Horizon oil spill, Booth’s project “Slick” has so far taken shape in the form of a satirical animation, a book printed on rubber gaskets and an installation that toured Texas in a vintage RV. Free, 7-10pm, 3rd Space Art Gallery, 141 Cassiano St., arttothethirdpower.com. — Bryan Rindfuss

This free annual festival celebrates the arrival of spring by inviting kite enthusiasts and their four-legged friends to spend a day in the park with food, live music, arts and crafts, dogs of all sizes and breeds and an air show with stunt kite flyers. Free, 9am-4pm Saturday; McAllister Park, 13102 Jones Maltsberger Rd., 212-8423.