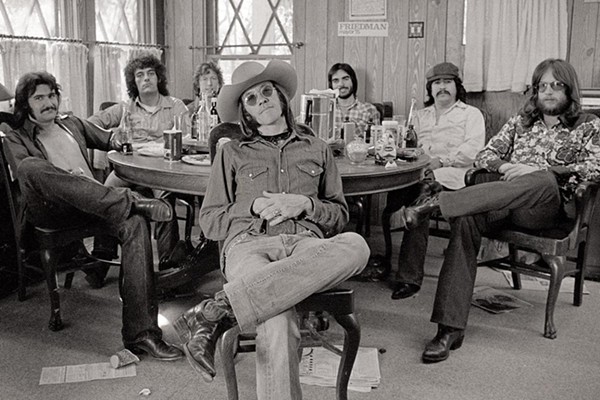 In his directorial film debut, journalist and author Joe Nick Patoski digs deep into the Texas music archive to tell the story of iconic San Antonio-born musician Doug Sahm, best known for forming the Sir Douglas Quintet in the 1960s and the Texas Tornados in the 1990s. Patoski ‘s documentary Sir Doug and the Genuine Texas Cosmic Groove made its world premiere at the South by Southwest Film Festival last month. Its first public screening in San Antonio takes place during the San Antonio Book Festival April 11 at 1pm at the Charline McCombs Empire Theatre. The San Antonio Current spoke to director Joe Nick Patoski prior to SXSW about the impact Sahm’s music had on him personally over the years and how he got his start as a music critic.


When did your relationship with San Antonio and its music begin?

When I was six years old, my dad took my sister and me on a trip around Texas. I remember we went to Big Bend. I was a Davy Crockett nut, so we went to the Alamo. I was disappointed because it didn’t look like anything I saw in the movies. But ever since I started my interest in Doug, it really led me down the path to San Antonio. I wrote a song called "Te Amo, San Anto." That was back in the early 1980s. Back in the 70s, I was hanging out with Joe King Carrasco when he was putting together his El Molino album. I’d hang out with Rocky Morales and Richard Elizondo and those cats. San Antonio is really my adopted hometown.

Do you remember what first turned you on to the music of Doug Sahm?

In 1971, I ran a record shop in Ft. Worth. I was also working with an underground radio station called KFAD, which was out in Arlington. I remember I was working in the record shop and we got the album The Return of Doug Saldaña. To see that cover where Doug is wearing his boots, his cowboy hat and drinking a Big Red on his porch, that just spoke to me in a way no image ever had because I could relate to it completely. Of course, that album remains one of my favorite all-time albums because Doug came back to San Antonio after being in San Francisco. He’d been to the mountaintop, but he comes back and he’s so soulful. That album was so cool. I remember I went to the convenient store and bought a bottle of Big Red just to be more like Doug.

When did you start writing about music?

In 1973, I was running a record shop in Minneapolis. I had submitted a record review on the fly to Creem Magazine. Doug had come out with an album Doug Sahm and the Band, which was coming out of Atlantic [Records], and they had put together this album of outtakes to cash in on it called Rough Edges. I got a copy of Rough Edges and sent in a review. A few weeks later, I got a $30 check and started working with [iconic rock critic and Creem editor] Lester Bangs.

But you eventually found your way back to Texas, right?

Yeah, I moved to Austin in 1973. There was nowhere else to live in Texas if you had long hair and were different. It’s the first time I heard Doug play live. I remember thinking, “I’m here. This is why I came to Austin.” Later on, I got to interview him and we became friends over the years.

As a music writer and lover, what makes Doug so special to you as a musician?

I can say this with complete confidence: Doug Sahm is that one individual that represents Texas music like no individual can. Nobody can play country and western, western swing, rock ‘n’ roll, rhythm and blues, conjunto, Tex-Mex and all those sounds and play them as authentically as he can.

What do you hope people learn about Doug and his music when they see your documentary?

I hope the film turns on people who don’t know who Doug Sahm is. We’re bringing Doug back for an hour and a half. I want the film to show how much he means to San Antonio. I’m glad to show him off like this.