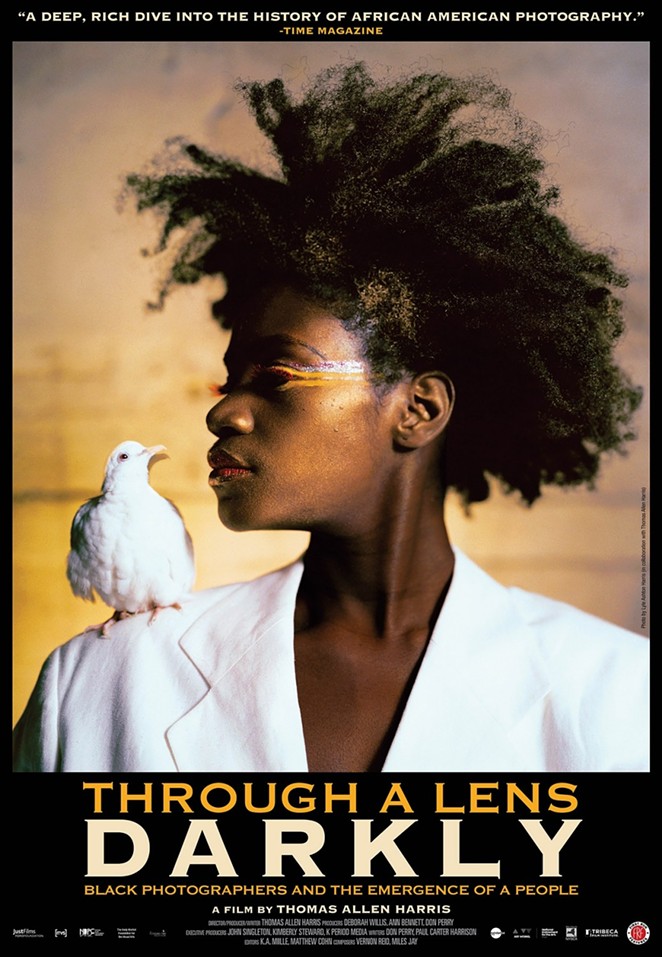 Raised between the Bronx and Tanzania, Emmy-nominated filmmaker Thomas Allen Harris employs a blend of video, photography and performance to address everything from sexuality and spirituality to politics and identity. UTSA’s Honors College celebrates the “cultural warrior” by screening his documentary Through a Lens Darkly, a film Time summed up as “a deep, rich dive into the history of African-American photography.” A discussion with Harris follows the screening. Free, 7pm Thu, Santikos Bijou, 4522 Fredericksburg Rd., (210) 734-4552, honors.utsa.edu. — Bryan Rindfuss

If the name of Stars and Garters Burlesque’s sultry new spectacle rings a bell, it’s possibly because it resembles the title of our 2015 City Guide (100 Things To Do In San Antonio Before You Die). Teased as “a naughty numeration of local assets,” the vaudeville-style show sees the troupe setting up shop at Laugh Out Loud. Emceed by Larry Garza, the “carnal countdown” of striptease and stand-up combines the talents of burlesque beauties (Pystol Whips, Suki Jones and Black Orchid, to name a few) and comics Brandi Dunagan, Regan Arevalos and Jess Castro. $17, 8pm, Laugh Out Loud Comedy Club, 618 NW Loop 410, (432) 235-0414, starsandgartersburlesque.com. — BR

San Antonio is the very first destination on comedian Kevin Hart’s “What Now? Tour,” which will see him go through 45 U.S. cities in the next four months. The “comedic genius” (at least that’s the award being bestowed upon him at the MTV Movie Awards this weekend) started his stand-up comedy career in Philly in the late ’90s and has since starred in movies such as Ride Along, The Wedding Ringer, and Get Hard opposite Will Ferrell. We’re not sure if his tour’s name poses a rhetorical question, but we’ll venture to say more blockbusters, comedy specials, and sold-out arenas are in his future. $49.50-$152, 7pm, AT&T Center, One AT&T Center Pkwy., (210) 444-5000, attcenter.com. — Kiko Martínez

Atlanta-based indie rock outfit Gringo Star makes swirling, fuzzy and sepia-toned tunes that hearken, to some extent, back to mid-1960s garage-psych. The band members have, quite aptly, characterized the four-piece’s familiar yet inventive sound as “paranoid pop,” a term that nods to the nervous energy and spastic motion of their music. This month, the group announced on social media that its recently completed fourth LP should see a 2015 release. If it’s anything like the most recent Gringo output (last year’s excellent “Long Time Gone”/“World of Spin” 7-inch), we’re in for a treat. $10, 8pm, Paper Tiger, 2410 N. St. Mary’s St., (210) 666-6666, papertiger.queueapp.com. — James Courtney

Nationally acclaimed Chicana performance artist Ruby Nelda Perez returns to the Alamo City with her signature piece Doña Rosita’s Jalapeño Kitchen. Written by Rodrigo Duarte-Clark, the one-woman show takes us to the last supper in the barrio of Salsipuedes, a neighborhood on the brink of extinction due to a new shopping mall development. Recognized by the National Endowment for the Arts as an American Masterpieces touring artist, Perez expertly weaves English, Spanish and Spanglish into her irresistible and irreverent collaborations with Latino writers. $12-$15, 8pm Fri-Sat, 3pm Sun, Guadalupe Theater, 1301 Guadalupe St., (210) 271-3151, guadalupeculturalarts.org. — Murphi Cook

Set in a Philadelphia bar circa 1959, Lady Day at Emerson’s Bar & Grill fuses biographical narrative and song to imagine one of Billie Holiday’s final performances. Upon its 2014 debut, critics called the play “unrealistically stuffed” with detail, but praised it for its music; it subsequently earned actress Audra McDonald a Tony. But can you blame a playwright for too many details? From a stint in prison to heroin abuse, Holiday’s life was unrealistically stuffed with unhappiness. Michelle Burnett leads the local production. $5-$10, 8pm Fri-Sat, 2:30pm Sun, Watson Theatre, St. Philip’s College, 1801 Martin Luther King Dr., (210) 486-2000, alamo.edu/spc/fine-arts. — MC

Although listeners can’t resist drawing comparisons between the wildly popular podcast Welcome to Night Vale and the work of H.P. Lovecraft or David Lynch (or even likening it to A Prairie Home Companion narrated by The Twilight Zone’s Rod Serling), true fans claim it’s unlike anything that came before it. The supernatural brainchild of writers/creators Joseph Fink and Jeffrey Cranor, Night Vale owes some of its hypnotic charm to narrator Cecil Baldwin, an actor, performer and member of the experimental New York theater troupe Neo-Futurists. As radio host Cecil Palmer, Baldwin navigates the bizarre landscape of Night Vale, an imaginary desert town inhabited by angels, dragons, a menacing Glow Cloud and “dark hooded figures with unknowable powers.” Given plot twists and anecdotes that involve everything from a gay romance to a PTA bake sale benefiting “Citizens for a Blood Space War,” the podcast inspires both binge listening and an imaginative canon of fan art. With a novel set for release in October, Night Vale’s first official U.S. tour stops at the Aztec with a brand new script enhanced with live musical accompaniment from Brooklyn-based electronic composer Disparition (aka Jon Bernstein) and British psych-pop surrealist Mary Epworth. $25-$30, 8pm, Aztec Theatre, 104 N. St. Mary’s St., (210) 812-4355, theaztectheatre.com. — BR