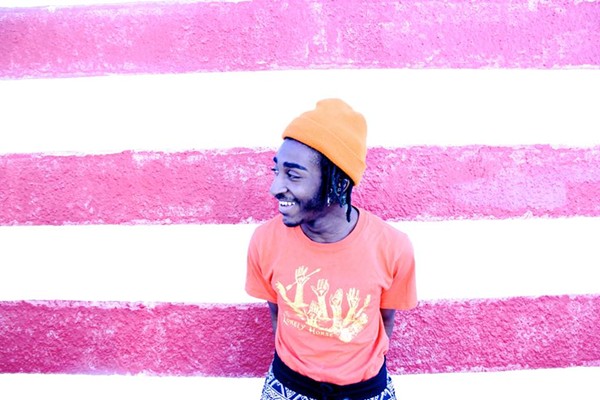 NYC artist and Earth-dweller Maps Glover and his creations are the stuff that dreams are made of. Whether it be illustrations, installations, paintings or film, Maps eclipses everything he touches. Imagine the sandman lulling you to sleep into a wonderland of one man's imagination. It's a surreal experience.

As co-creative director of  URNR.TV, a San Antonio-birthed, Brooklyn-based record label founded by Santiago Ortega, Maps has created cover art for labelmates Lonely Horse and Sam Rubik. With upcoming projects in the works, such as a collaboration with street wear brand HALFMANUSA , Maps' reality is becoming as vivid as his imagination. You can check out some of his rad threads here.

The gallery tour has hit two locations in SA (Nite Lite and Haus Collective) with the next stop in  LA.

First things first, what made you want to be an artist?

When I was younger, art was like the best way for me to express myself. I never felt like when I was speaking people heard me, but they always paid attention to my drawings, whether they liked them, whether they were good or even bad. A lot of the times I would just be in the car and just let my pencil direct what way the pencil and the paper is going, and I would make drawings from that. It really started out of me trying to find a way to make people hear me.

Growing up, who would you say your main inspirations were?

A big influence for me would have to be Shel Silverstein. The Falling Up book and Where the Sidewalk Ends were really easy and simple ways for me to just journey into a whole other world. It was just inspiring to know that I had the same tools they had and if I fought hard enough, it would come to life. I used to watch this show called Pappyland, and Pappyland was this animated show where a guy would draw all these drawings and they would come to life., so I always used to think that my drawings would come to life if kept drawing and got better.

Do you have any upcoming projects that you’re excited about?

I try my best to stay as quiet as I can about things before they happen. There are some exciting things. We actually just started working on this cool mobile store that we’re going to be putting out soon for URNR.TV. It’s going to be crazy. That’s the main thing I want y’all to know about and be prepared for, ‘cause that’s exciting.

Your art is has mostly been in black and white, but you've recently been using color. Why?

I think the reason is because of my color. The colors are still primary colors; I’m using red and blue, yellow. There is something very immediate. Like you’re not searching through colors trying to find a feeling or an emotion, and a lot of the time my work, for me, was living in a purely physical world, letting the work live in a purely physical world and trying to create from that. 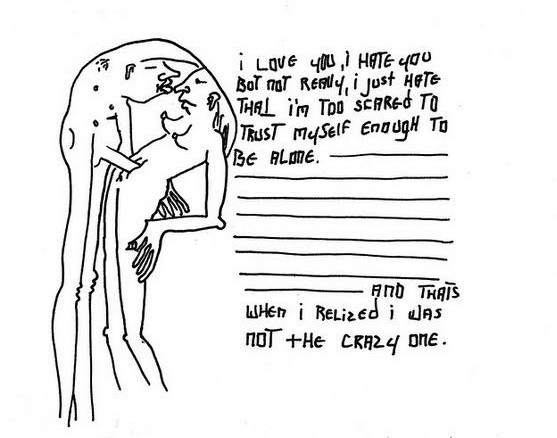 Are there any up-and-coming artist in the scene that inspire you?

A lot of my friends really inspire me. I have a friend Gabriella Robles, who’s a photographer, but actually a self-portraitist and a lot of her work struggles between being a woman, owing your own sexuality, but also living in a modern world where taking a photograph of yourself represents vanity opposed to a documentation of the person itself. So her work is a really big inspiration to me.

What is the deep, underlying meaning expressed in your artwork?

There is something beyond what you can see, but I feel like sometimes it’s deep, sometimes it’s more playful, but a lot of the time I’m creating from experiences that I’ve had. I’ll go through a whole day and just document my day in a drawing because that’s a part of what I’m trying to do in my life. So a lot of the drawings are just thoughts I had throughout the day. Everybody’s here today, this is where we are, this is just the box we’re in. That’s why Andy Warhol is such an influence to me. He saw himself as a body of work and that his whole life is art, and I hope to achieve some level of success that people can really understand and everything that it took to try to create what all of us artist are creating. It’s just really important for us to be understanding of one another.

You also dabble in film. Who are your biggest influences in the medium?

I would say my biggest influence would have to be David Lynch, just because I feel like his approach to storytelling was so unique and he has a really good way of taking the pace up, taking it down. It’s just great.

What does art mean to you?

I’ve seen art make people ball to tears, I've seen art make people want to get married. Art has a really cool way of, without even trying, doing what it does. Its affects people, it affects culture. We’re the ones making it and everything that’s inside of these works of art, whether it is the most expensive painting, cheap painting, or your kid’s drawing, all of its important.

What are your ultimate goals in your life, personal and career orientated? What is Nirvana to you?

I hope, I pray and I dream that I have love and that my work will allow me to sit at the table of the great artist before me and at least be thought about or mentioned how much I know from them. Whatever it means to get to a level of people taking what I’m doing and letting it live in their lives. That’s the dream.