In the last few years, Houston transplant Raul Gonzalez has proven an energetic presence on the local art scene, using his body as a medium in videos, painting road signs suggesting we “Werk Harder” and even engaging in artistic combat via War Paint — a live battle that employed paintings as weapons. Contemplative by comparison, “Dulce” combines two bodies of work Gonzalez created over the last five years. While one waxes nostalgic with poppy paintings of Mexican candies, the other takes shape in abstractions inspired by “the joys and challenges of being a new father.” Free, 7-9pm Thu, Guadalupe Theater Gallery, 1301 Guadalupe St., (210) 271-3151, guadalupeculturalarts.org. Through July 22. — BR


Fri 5/21
Silver Screen Classics in the Garden: His Girl Friday


Fri 5/22
“Nature on the Edge: Mutation and Hybridity in 21st Century Art”

Are we still standing on the precipice? Is there time to step back from the edge, to retool, retrofit and save the environment? Curated by David S. Rubin, Bihl Haus Arts’ new group show “Nature on the Edge” explores these concerns via works by 17 established and emerging artists, including Lloyd Walsh, Joey Fauerso, James Cobb, Kati Hibri and Leigh Anne Lester. Free, 5:30-8:30pm Fri, Bihl Haus Arts, 2803 Fredericksburg Rd., (210) 383-9723, bihlhausarts.org. Through July 25. — BR

Fri 5/22
Loosen the Bible Belt: A Tour for Humanity

Put a small cross by this one: might be church. Stand-up comic Kristen Becker (founder of the Dykes of Hazard comedy tour, which should give you some indication of her style and subject matter) and evangelical Christian Pastor Jay Bakker (pictured) are touring together as a double bill. Bakker is the son of the infamous televangelists/tabloid fodder Jim and Tammy Faye, but like Tammy Faye later in life, Jay is an advocate for LGBT rights and acceptance in Christianity so this won’t be a debate or a pray-the-gay-away bait-and-switch. Whether it will wax more toward a “raucous and rowdy” comedy show or an admirably big-tent revival will cost you $10 to determine. None of the proceeds are earmarked for Jesus-themed waterparks, at least. $10, 10pm Fri, The Blind Tiger Comedy Club (inside Magic Time Machine), 902 NE Loop 410, (210) 828-1470, blindtigercomedy.com. — Jeremy Martin 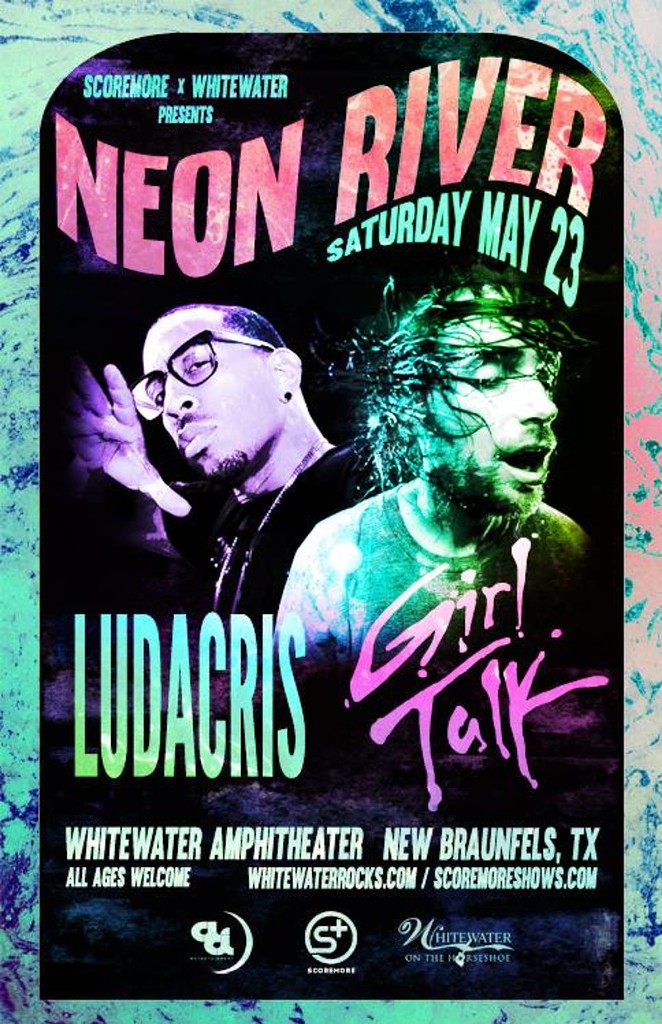 For all those times you were relaxing by the river and thought you could use some bass in your life, rapper Ludacris and mash-up master Girl Talk have got you covered. While it may seem that both artists are past their cultural moment, Luda and Girl Talk’s Gregg Gillis have each remained musically active over the past five years. Girl Talk dropped a solid collaboration with Freeway in 2014 and Luda recently released his first album in five years. Will they play the hits though? Rest assured, with a pairing like this, the focus will fall squarely on crowd pleasers. $40-$1,020, doors at 7pm Sat, WhiteWater Amphitheater, 11860 FM 306, New Braunfels, whitewaterrocks.com. — James Courtney 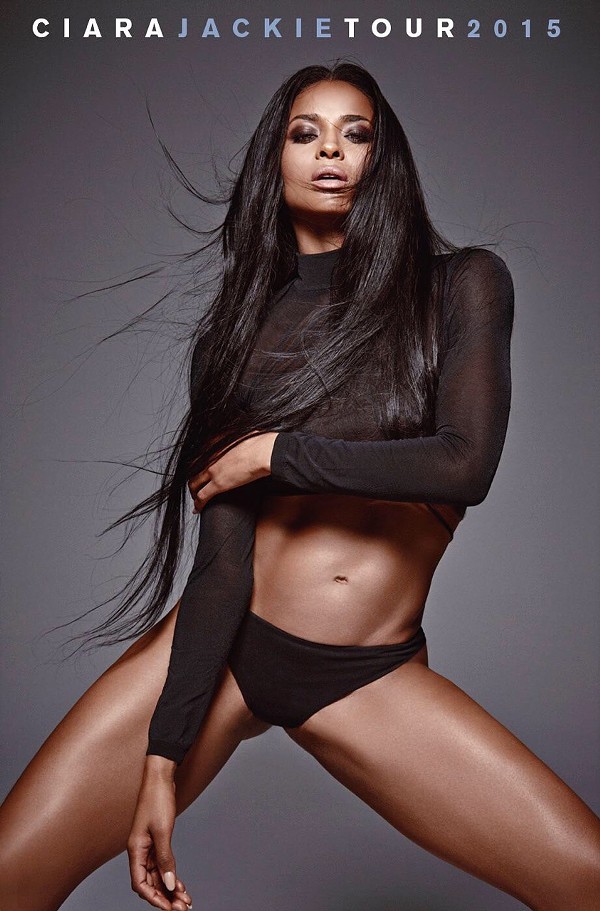 “Body Party,” the career standout from Ciara’s self-titled fifth record, is a bedroom tune to induce heavy breathing/petting from all parties involved. Written by Ciara and then-boyfriend and move-that-doper Future, the gold single revolves around a perfect turn of the tongue (“My body is your party”) and an oscillating Mike WiLL groove. Fast-forward to 2015 and the tune’s a little different, due to Future’s extramarital sampling. On the new single “I Bet,” Ciara claims the status as tastemaker in the relationship — “You actin’ like you upgrading me, I upgraded you / You and me at fashion week in Paris, I put you onto that new.” Jackie, the new album named after Ciara’s mom, largely focuses on Ciara’s new motherhood. On the cover in not-your-average-pair of mom jeans, the 29-year-old Austin native boasts of her greatest accomplishment yet: “Man, I just delivered a nine-pound, 10-ounce baby. I’m a bad motherfucker,” she beams on “Jackie (B.M.F.).” $20-$45, 7pm Sat, Aztec Theatre, 201 E. Commerce, (210) 760-2196, theaztectheatre.com. — Matt Stieb

Step back 2.5 million years into a world that was anything but sweltering with “Discover the Ice Age,” a traveling exhibition enhanced with animatronic models and life-sized skeletons. Visitors can channel their inner cave people alongside a woolly mammoth, a saber-toothed cat, and a gigantic “terror bird” while exploring extinction and whether our planet might see another ice age. In the words of Witte curator Thomas Adams, “It’s a great opportunity for people of all ages to explore and learn about megafauna that roamed here in our backyard.” $11-$15, 10am-5pm Sat, noon-5pm Sun, Witte Museum, 3801 Broadway, (210) 357-1900, wittemuseum.org. — Murphi Cook