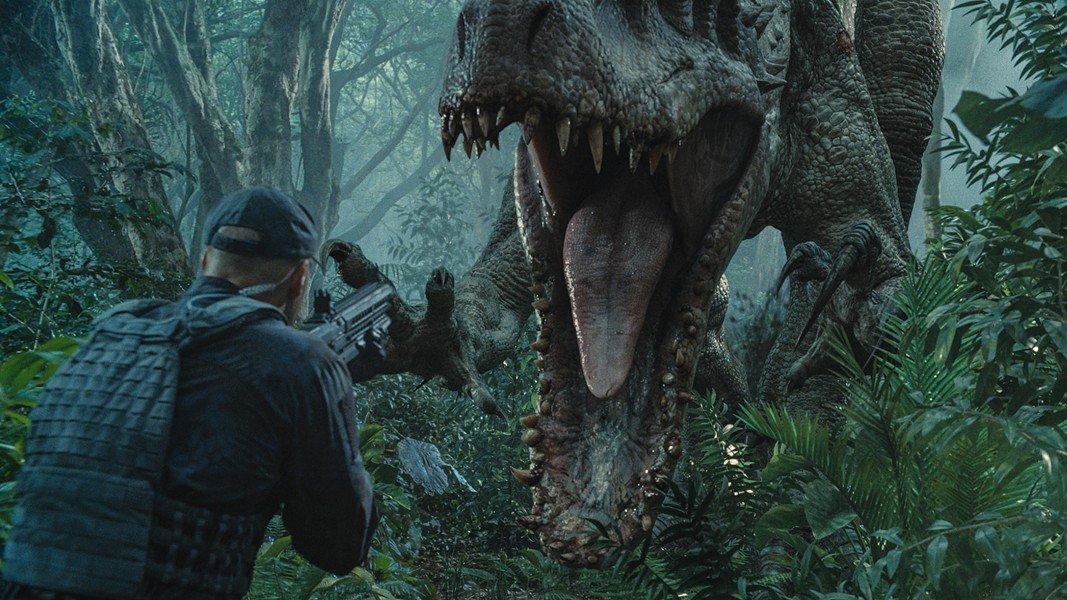 The fourth installment in the Jurassic series is spectacular summer entertainment, a sort of Cecil B. DeMille on speed. But if you long for intelligence, scientific credibility and a plot that actually makes sense, rent Steven Spielberg’s 1993 masterpiece.

Jurassic World, directed and co-written by Colin Trevorrow (Safety Not Guaranteed), with Spielberg as executive producer, is set two decades after the events of Jurassic Park and includes none of the original lead actors. Although it does cleverly reference to the plot of the original, it ignores the two previous sequels. That’s wise considering The Lost World is arguably Spielberg’s worst directorial effort and Jurassic Park 3 – well, we won’t talk about that.

In this edition, John Hammond’s vision has been breathtakingly brought to life as a combination of Sea World and Disney’s Animal Kingdom, with a dash of Universal CityWalk. Hey, there’s even a Jimmy Buffett’s Margaritaville in case you want tequila with your T-Rex. Guests can cuddle baby dinos in the petting zoo, take in an aquatic show that makes Shamu Stadium look like Marineland and come face to face with carnivores, through protective glass, of course.

Trevorrow and cinematographer John Schwartzman deserve credit for bringing this world to life in grand fashion with both traditional and digital methods. The attention to detail is remarkable and the CGI superb, with dynamic editing and pacing. The movie will even satisfy purists, as it was shot on both 35mm and 65mm. And although this means it had to be converted to 3-D instead of being shot in that format, the depth, color and richness is astonishing. But then there’s the plot.

No longer satisfied with watching the current crop of realistic reptiles, “consumers want them bigger, louder, more teeth,” we’re told. So geneticists create Indominus Rex, a carnivorous concoction of T-Rex and who knows what else. And yet somehow everyone is surprised when this new and unpredictable beast – spoiler alert (well, not really) – threatens to go berserk. That alone might make for a nice story, especially with the children-in-peril subplot used to great effect. But the writers just had to have their brontosaurus burger and eat it too, as the final act drains most of the maturity and believability from what had previously been fine filmmaking.

Chris Pratt and Bryce Dallas Howard play park employees with a brief romantic past. He is one of the few workers who truly cares about the animals, while she is a self-centered manager focused on the bottom line. While both actors do what’s required of them and have moments of genuine emotion, methinks I taste eye candy. Complementing them is the visionary but out-of-touch park owner, Simon Masrani, played with much-needed subtlety by the brilliant Irrfan Khan (The Lunchbox, Life of Pi). And Jake Johnson (Safety Not Guaranteed, Fox’s New Girl), as the funny but unexpectedly wise tech nerd, is a nice extra.

It’s the mishandled addition of Vincent D’Onofrio as a greedy, exploitative military contractor that sets up the aforementioned plot meltdown. Yes, we need a human villain, but his character’s fantastical designs on dinosaur manipulation have more in common with the SyFy Network than Spielberg.

Cynicism aside, this is one of the best action-adventures of the year and will resonate well with theme-park-saturated Floridians, though it’s too violent for young children. It also makes for a clever but likely unintentional meta-commentary on today’s movie-goers, who, like the tourists in the film, are no longer content with the simple majesty of the original creatures but demand more, bigger, teethier! If that’s what you want, bon appetit! Just don’t be surprised when logic ends up on the endangered-species list.