Miss Texas Proud Of Mexican Roots, Won't Let Trump Get Her Down 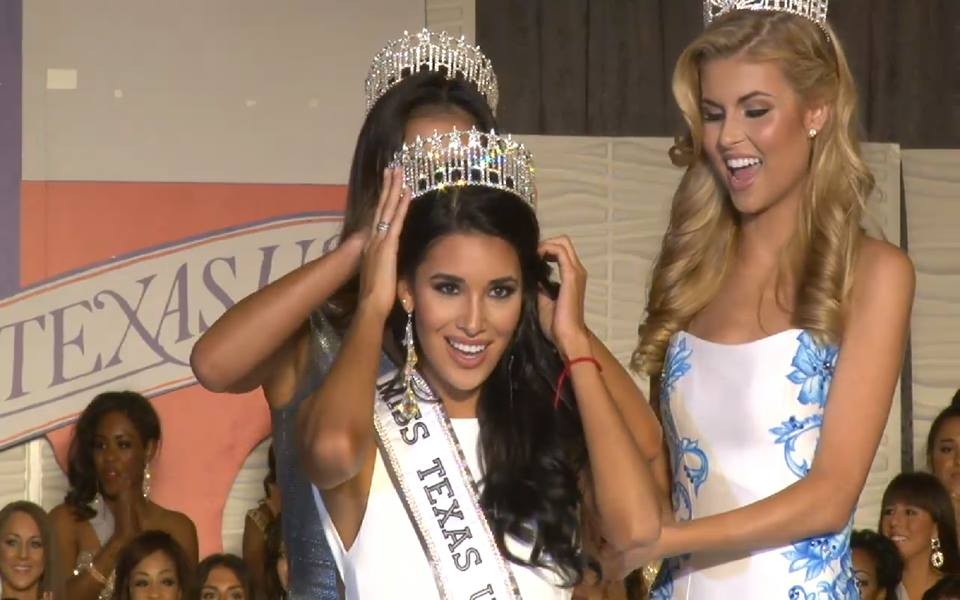 The show must go on, indeed.

The Lone Star State's representative at the embattled Miss USA beauty pageant is none too happy with the controversy and negativity surrounding the typically sparkly event, but she's not one to quit.

Ylianna Guerra, the 22-year-old from McAllen and current Miss Texas who graduated from SA's University of the Incarnate Word last year, vowed to still give it her all at the national contest in Baton Rouge, Louisiana, on July 12.

She just lamented that her family and friends won't be able to see her live on TV.

You can blame good ol' Donald Trump for that. As we here at the San Antonio Current have shared with you, The Donald is basking in the national attention he keeps getting for comments he made – and has steadfastly defended – against Mexican immigrants as part of his presidential campaign bound for nowhere.

In case you missed it, Trumpy Boy thinks Mexicans are all rapists, criminals and drug traffickers. Well, perhaps not all – not that he knows any of them, but he did say there must be some decent Mexicans out there.

In any case, back to Ms. Guerra, who, curiously enough, hails from the Rio Grande Valley, the southernmost region of Texas on the Mexico border overwhelmingly made up of Mexicans and Mexican-Americans.

She told her hometown newspaper, The Monitor, that Trump's comments were "unfortunate" but she, for one, was not going to drop despite the growing backlash against the billionaire, including NBC and Univisión refusing to televise the event.

"I come from a family of immigrants, as well," Guerra, who now lives in Houston, told the paper, but stopped short of directly criticizing Trump. And she clarified that refusing to partake "never crossed my mind."

Such a move surely would have garnered her national headlines. But not the ones she wants.