Do You Want A Selena That Can Melt? Sign This Petition 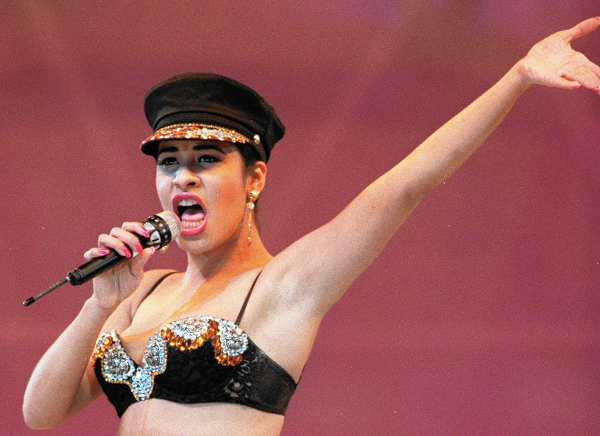 Hey, if a petition on Change.org can get MAC Cosmetics to commit to a line of cosmetics that honors a devoted Chanel lipstick fan, you might as well see what else a Change.org petition can do.

After recognizing an unmet need, Selena Quintanilla fans have taken to the internet to call for the creation of a life-size replica of the late music icon, specifically one that would go bidi-bidi-bye-bye if left out in the sun.

A new online petition is collecting signatures to convince Madame Tussauds Hollywood to honor Selena with her own wax figure. The request has collected over 1,700 signatures since it was first published five days ago.

The effort to memorialize the slain Tejano entertainer comes three weeks after another Change.org petition successfully convinced MAC Cosmetics to release a Selena-themed celebrity make-up line in 2016. That effort to better the world with a line of Selena estate-endorsed cosmetics gathered over 40,000 signatures since it was first published earlier this year.

The new petition bothers to outline Selena's level of fame and record-breaking achievements as an entertainer, going as far to say that "Selena is known world-wide [sic], far, and wide." Though this is true, the petition's creator could've saved some time by writing that a wax figure of Selena does not exist. (The travesty of such an oversight is implied.)

Should Madame Tussauds Hollywood acquiesce to the whims of fans who want to travel to California to look at a creepy version of Selena that's both lifelike and lifeless, they really don't have to create a new wax figure from scratch. Just throw Selena's iconic purple jumpsuit on the Jennifer Lopez wax figure that is already part of the museum's collection. Everyone knows that Lopez wouldn't be where she is today without Selena, the subject of the greatest biopic of all time. We're sure Lopez won't mind. #AnythingForSelenas, right?