Jeremiah the Innocent — the iconic frog depicted in Austin’s Hi, How Are You mural and made famous by a T-shirt worn by Kurt Cobain — is a gateway drug into the music of its owner, Daniel Johnston. Once hooked, the listener will find the ATX transplant’s melodies masked by the lack of polish that makes up the bulk of his discography. Beyond the fuzz and grit, a brilliance is found in this form of music, in the purest sense of the word. It’s pretty catchy, too. Toted by many respected musicians as the premier singer-songwriter in independent circles, Johnston lives up to the hype — if you’re willing to abandon the concept of conventional songwriting and shiny production. With Dana Falconberry. $20, 8pm Thu, Paper Tiger, 2410 N. St. Mary’s St., papertiger.queueapp.com. — Shannon Sweet

As a part of its wonderful Women and Words lecture series, the McNay Art Museum welcomes Trinity University assistant professor and poet Jenny Browne. Her topic is the life, work and legacy of one of America’s most beloved and prolific poets, Emily Dickinson. The lecture is meant as a tie-in to the ongoing exhibit “Lesley Dill: Performance as Art” — which draws liberally from Dickinson’s singular body of work — and will hopefully help illuminate how the private life of this poetic genius, and relative recluse, drove her vast creative impulse. Free, 6:30pm Thu, Chiego Lecture Hall, McNay Art Museum, 6000 N. New Braunfels Ave., (210) 824-5368, mcnayart.org. — James Courtney 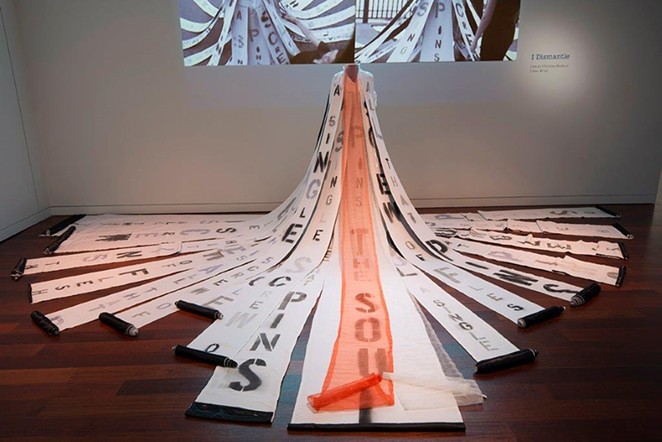 The Vex’s 2015-2016 season takes flight with Boeing, Boeing, a classic bedroom farce that inspired a film adaptation billed as “the big comedy of nineteen-sexty-sex.” Revived in 2008 with its mod look and swinging ’60s sensibility firmly in tact, the Tony-winning sex comedy is tame by today’s standards, albeit guilty of a few stereotypes embodied by a rotating trio of “air hostesses” The New York Times summed up as “the take-charge, health-obsessed American; the sentimental, lusty Italian; and, most hilariously, the dominating but thin-skinned German.” $16-$22, 7:30pm Thu, 8pm Sat, 2:30pm Sun, Sheldon Vexler Theatre, 12500 NW Military Hwy., (210) 302-6835, vexler.org. — Bryan Rindfuss

Detroit proto-punk trio Death’s album ... For the Whole World to See was something of a stalled prophecy. In 1974, in the studio at Columbia, the African-American Hackney brothers were denied a deal by studio prez Clive Davis for refusing to change their name (despite having one of the greatest band names of all time). The tunes sat in the can until Drag City released them in 2009. It was a revelation. Death’s immense speed and unflinching tone put them years ahead of the punk explosion, with more energy or attitude than many of the genre greats. As the 2012 doc A Band Called Death states on the poster: “Before there was punk, there was Death.” $18, doors at 8pm Fri, Paper Tiger, 2410 N. St. Mary’s St., papertiger.queueapp.com. — Matt Stieb 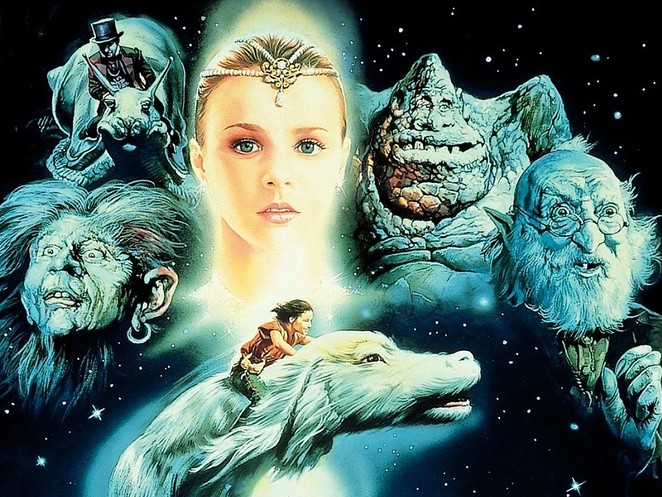 After earning Oscar nods with his 1981 war epic Das Boot, German director Wolfgang Peterson made a surprising departure with 1984’s The NeverEnding Story — a special-effects-fueled adaptation of a fantasy novel by Michael Ende. Borrowing bits and pieces from Alice in Wonderland and The Dark Crystal, the film uses a story within a story to immerse a young boy in a magical kingdom threatened by a menacing wave of “Nothingness.” While The New York Times likened it to The Pre-Teen-Ager’s Guide to Existentialism, Roger Ebert asked, “Were children’s movies this nihilistic in the old days?” Free, 8pm Fri, Raymond Rimkus Park, 6440 Evers Rd., Leon Valley, (210) 684-1391, slabcinema.com. — Bryan Rindfuss

In a nuevo-Latin@ musical takeover, Do210 presents a trill trio of acts that loosen and expand upon Latin American sonic tradition. Repping San Anto, headliner Piñata Protest, no doubt familiar to our readers, has rightly gained national traction over the past few years with its breakneck and boisterous blend of punk and tejano. Also on the bill are SA’s Grupo Frackaso and ATX’s Money Chicha, offering up, respectively, a visceral, thrash-infused brand of cumbia and heady, danceable psychedelic cumbia. La Botánica will provide vegan eats and Miller Lite’s bringing the booze. Free with RSVP, 8pm Fri, Guadalupe Theater, 1301 Guadalupe St., (210) 271-3151, do210.com. — JC

Just because the Supreme Court legalized gay marriage doesn’t mean every vendor is going to be LGBT-friendly. The Rainbow Wedding Network helps take the guesswork out of planning with the “Same Love, Same Rights” LGBT Wedding Expo. Uniting 30 wedding professionals to answer questions and help attendees create their ideal ceremony, reception and honeymoon, the touring expo seeks to provide planning resources for any budget. And this event isn’t just for lovers, there will be plenty of music, giveaways, presentations and more to help singles and advocates celebrate the day. Free with RSVP, 12:30-3:30pm Sun, The Westin Riverwalk, 420 W. Market St., (210) 224-6500, samelovesamerights.com. — Murphi Cook