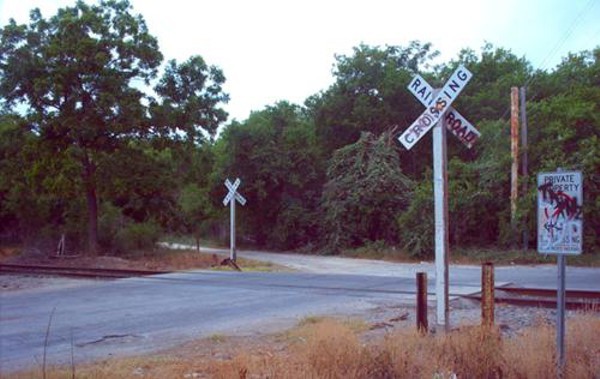 If you plan on scaring yourself silly at the Ghost Tracks soon, we have some bad news for you.

According to the Rivard Report, the site of one of San Antonio's most famous urban legends is being closed off to the public. Union Pacific Railroad has shut down Shane and Villamain Roads in South San Antonio to build an additional track to allow trains heading in opposite directions to pass each other unimpeded.

The intersection, local legend says, is the site of a deadly train accident that claimed the lives of a bus load of school children. The legend claims ghosts of the children help stranded motorists by pushing their vehicles over the tracks. (It helps if you do the kiddos a solid and put your car in neutral.) If you dust your rear bumper with flour or baby powder — or any white powder really; just don't use cocaine, because that can get expensive — you can see the tiny, child-sized handprints on the rear of your vehicle. Here's a super spooky video to show you how it works.


Much to the chagrin of nearby residents, experiencing the ghost tracks is a rite of passage for many San Antonio residents, especially during the period before Halloween.

But thanks to the construction project, the poor children, whose lives were already tragically cut short by some dumb, stupid train, are being denied their sole purpose for being trapped in this earthly realm. Now poor Bobbie Allen, Cindy Sue, Nancy Carole and Richey Otis, who each have a nearby street named after them, have jack shit to do until construction is completed. (Union Pacific says they should be done with the project sometime around October 1.)

So if you had plans this weekend to experience the Ghost Tracks yourself, well, sorry, dude that sucks. Just know that the legend is so not true. But given the site is on a downhill incline, the intersection can provide a practical lesson in basic physics, something San Antonio students sorely need.